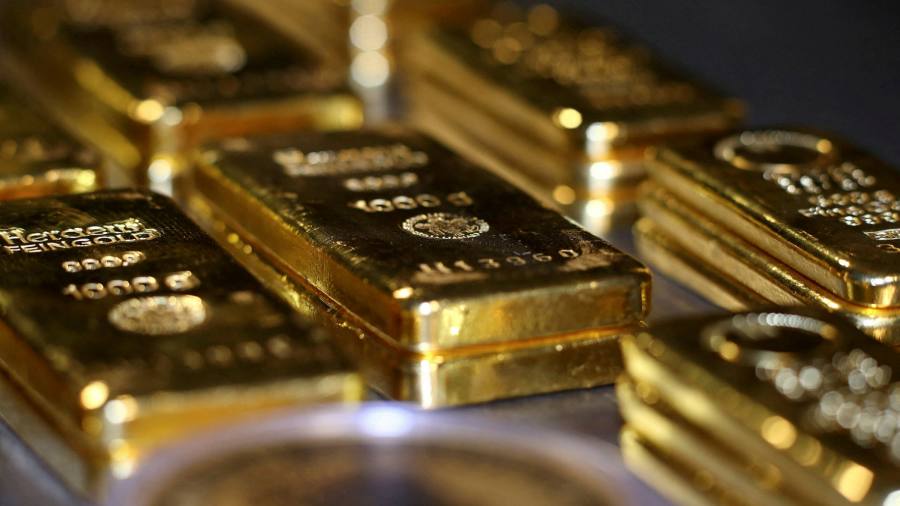 Gold prices climbed on Monday as worries over a weakening global economy were heightened by signs that coronavirus lockdowns had clouded the outlook for Chinese growth.

The yellow metal, which typically advances during periods of uncertainty, rose about 0.8 per cent to $1,989 a troy ounce, reaching its highest level in more than a month.

US stocks fluctuated in a tight range, with the blue-chip S&P 500 index up 0.2 per cent in morning action. A broad MSCI index of equities markets in the Asia-Pacific region dropped 1 per cent, its second consecutive day of declines. Big European markets were closed for the Easter Monday holiday.

The cautious start to the trading week followed China’s release of a flurry of economic data. Gross domestic product rose 4.8 per cent in the first three months of 2022 compared with the same period in 2021, exceeding market expectations.

But economic activity data for March revealed how Beijing’s zero-Covid policy, including the lockdown of Shanghai, has eroded the growth outlook of the world’s second-biggest economy.

Retail sales declined 3.5 per cent in March from the same month in 2021, the first year-on-year fall since July 2020, the annual rate of increase in industrial production slowed and indicators tracking China’s already struggling property market deteriorated even further.

“While the March data shows notable slowing in growth momentum, with the escalation in zero-Covid policy and broadening disruption on economic activity, the drag on economic activity will likely be larger in April compared to March,” the Wall Street bank added.

Barclays also trimmed its estimate for 2022 growth — from 4.5 per cent to 4.3 per cent — on the expectation that “Covid disruptions will be prolonged”.

The latest bout of concerns over China added to investor uneasiness over global central banks’ plans to tighten monetary policy in an attempt to rein in raging inflation. 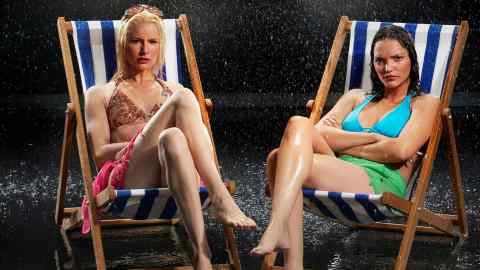 Jan Hatzius, chief economist at Goldman Sachs, said at the weekend that the US Federal Reserve faced a “hard path to a soft landing” as it attempted to push the inflation rate down to its 2 per cent target, from 8.5 per cent, by sharply boosting borrowing costs and reducing the size of its $9tn balance sheet.

Hatzius sees a 15 per cent chance that the US will fall into recession in the next year and 35 per cent that it will do so in the next 24 months.

Scott Chronert, a strategist at Citigroup, said that “recession concerns are now working their way into equities”.

The S&P 500 has fallen 7.8 per cent this year, while the broad FTSE All-World barometer has shed 8.6 per cent.