Giants-Mets series opener delayed, to be made up in doubleheader Tuesday – The Denver Post 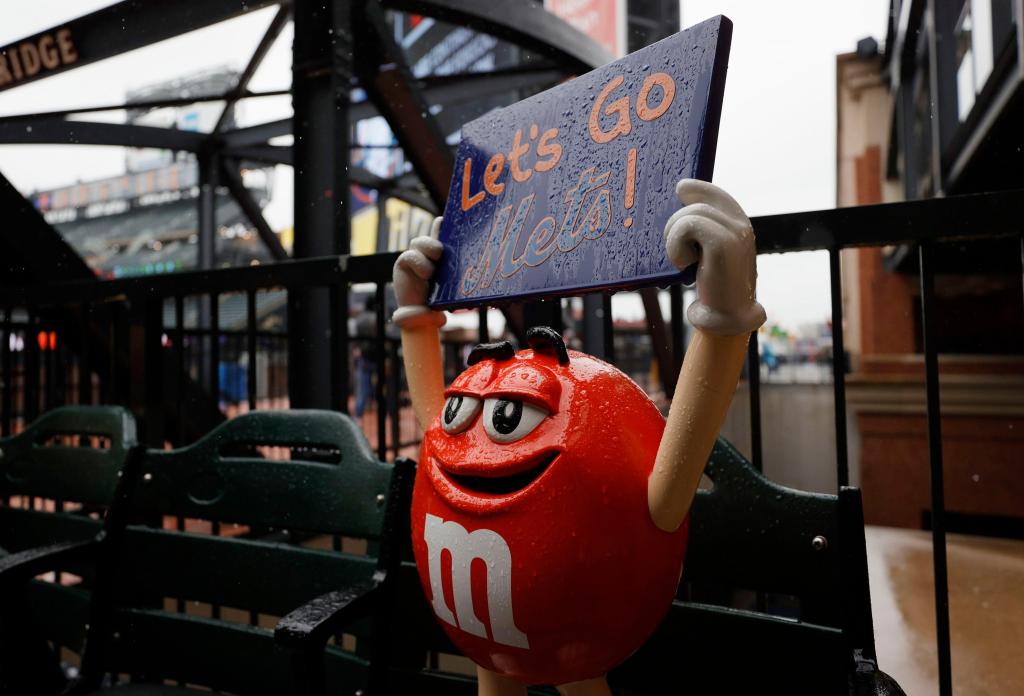 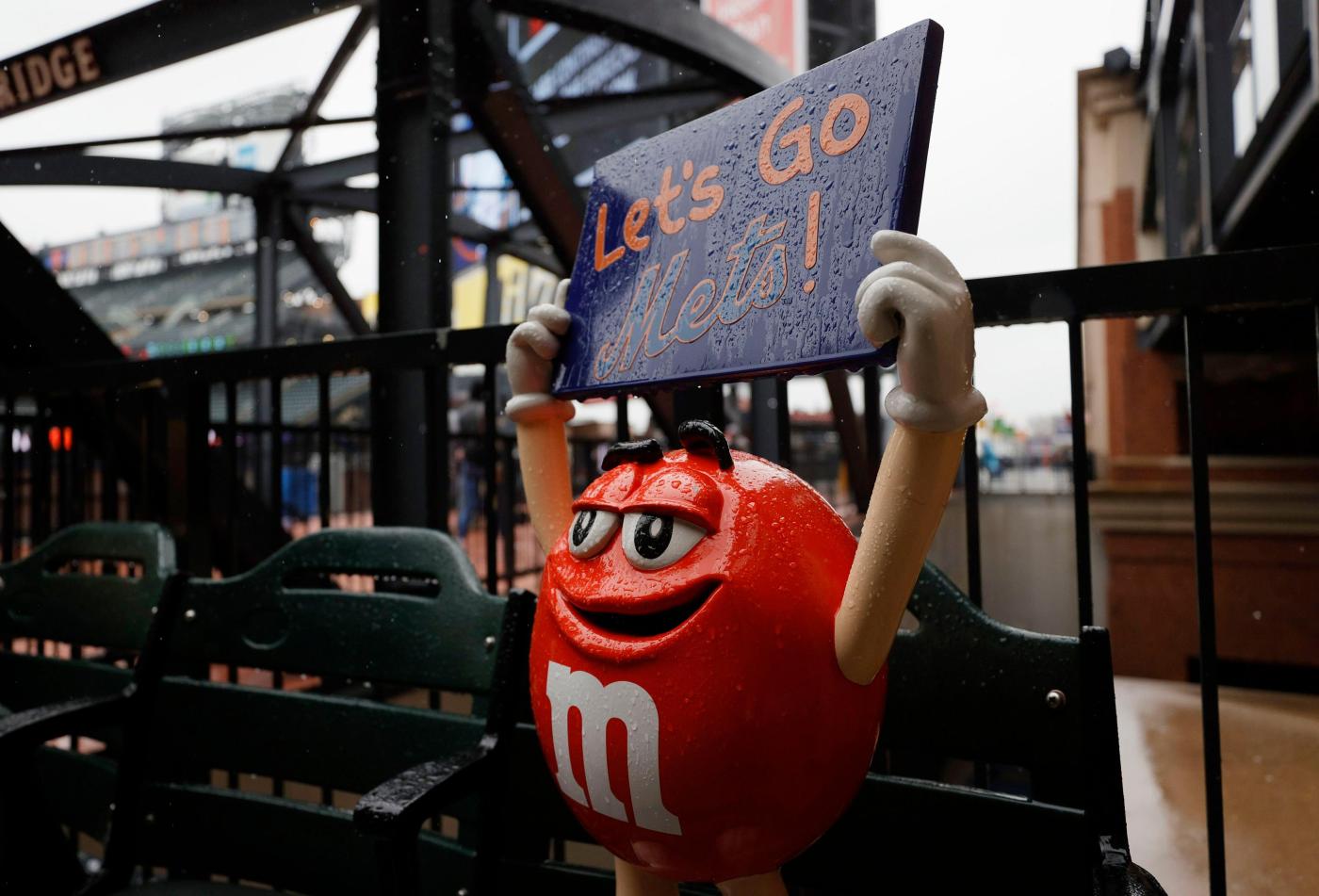 The Mets will wait another day to face off against the San Francisco Giants.

Monday’s game, the first of the four-game set, has been postponed because of rain, the team announced three hours before the previously scheduled first pitch.

The game will be made up as Tuesday in a single-admission doubleheader, which will start at 3:10 p.m. Gates will open at 2:10 p.m.

The second game will begin about 30-40 minutes after the first ends.

Tylor Megill was slated to start Monday’s game, so the Mets naturally kept him as Tuesday’s game 1 starter against Giants righty Alex Cobb.

Megill, despite not being the ace of this pitching staff, has pitched like a true No. 1 while Jacob deGrom (right scapula stress reaction) is on the injured list.

He entered this week with a 0.00 ERA, having notched 11 strikeouts and given up just six hits over 10.1 innings in two starts.

The more experienced Cobb will enter the matchup with a 3.60 ERA, having put up 10 strikeouts, but was tagged with two earned runs in his first and only start for the Giants this season so far.

Max Scherzer is also still expected to make his regular turn through the rotation, in game 2 of the doubleheader, against Giants righty Logan Webb.

The doubleheader games will be nine innings after two years of seven-inning twinbills because of the pandemic.

Scherzer, who is no longer dealing with his nagging hamstring injury, will look to pitch more like himself on Tuesday. He grinded through his last start in Philadelphia, trying to adjust to his healed right leg. The outcome was five innings of one-run, five-hit ball with three walks and seven strikeouts.

Webb, meanwhile, will also try to continue his formidable start, having been tagged with one earned run in each of his last two starts.

The postponed game news was slightly surprising for at least some of the Mets players, who were already carrying on with their normal pre-game routines.

Some had already finished showering and were enjoying some down time in the clubhouse before heading out for what would have been pregame warmups.

Pete Alonso played a very spirited game of table tennis with Luis Guillorme, showing off his power arm and even pivoting his foot the same way he does when he’s at the plate.

Francisco Lindor, had his feet up at his locker, fielding questions from the occasional reporter.

Jeff McNeil overheard the news about Monday’s game postponement from one of the Mets’ staff, who only briefly mentioned there wouldn’t be a game.

McNeil shot up from his seat and comically responded, “What? You can’t just say that and walk away.”

Outside, the Citi Field grounds crew replaced the coverings on the batting circle and on the mound as gray skies foretold the rain storm set to start between 7 and 8 p.m. and last through the night.

Some of the players from both teams still ventured out to the field to do some light sprints, play catch and get some work in the bullpen.

The remaining Mets players ventured back in the clubhouse after the tarp was slowly rolled out. The lingering Giants players and coaches hung around the third base line chatting while the wooden planks were secured over the tarp.

Eduardo Escobar got his first taste of playing for the Mets at Citi Field, and it went down easy.

“I love it here,” Escobar said before Monday’s series opener against the San Francisco Giants was postponed. “These people are really good people, good teammates. That’s the most important thing.”

Escobar, like the rest of the team, was greeted by ravenous Mets fans on Friday’s home opener. He got more of it again through the weekend.

In the first three games of this homestand, he’s contributed one run, a double and an RBI over the three hits he’s made against the Diamondbacks. He’s struck out three times and walked once over his 13 plate appearances against Arizona.

That double — which came during Sunday’s 5-0 win — actually ended up giving Escobar an additional base to take, after the throw to second to try to stop him there soared to the warning track behind third base. It also gave him a team-high five doubles on the season.

But Escobar, much like the rest of these Amazin’s, is all about getting the Mets to glory and making sure he can be around every step of the way there.

“I want to be healthy all year, help the team win. It’s always that simple for me,” he said. “I didn’t come here to do something personal, I’m doing everything for my team, for my teammates. And if you stay healthy, you have more chances to help on the field.”

So far, Escobar and the Mets are on the right track.

Entering Monday, the Mets (7-3) were one of three teams with seven wins in the bucket – the other two were the Giants and Los Angeles Dodgers (who played the Atlanta Braves Monday night).

The looming series with the Giants could serve as an early litmus test for how the Mets stack up against some other heavy hitters in the National League.

The Giants went 107-55 last season, and despite being widely projected to revert to mediocrity this year, are out to another hot start.

The Mets, who finished last season an abysmal 77-85, also lost all but one game in six meetings with the Giants in 2021.

These Mets, so far, seem like they will be better, with an upgraded pitching staff and an offense that doesn’t leave runners in scoring position as routinely as their previous team did.

But these next four games could tell us just how much better they actually are.