Geothermal Energy | Everything You Need To Know 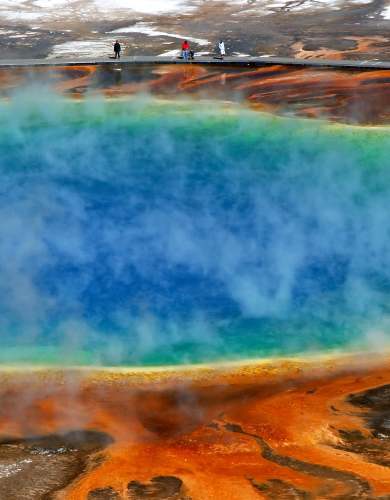 At AquaSwitch, we help businesses get more from the water and energy market. An increasing factor in business decision making is how to improve the environmental impact of energy supplies. In this guide, we look at Geothermal Energy as a renewable energy source.

What is Geothermal Energy?

Geothermal Energy is energy stored within the crust of planet Earth in the form of high-temperature rocks. The first known human use of this thermal energy comes from ancient Rome, where hot springs were funnelled beneath buildings to provide a source of heat.

In the modern world, geothermal energy is harnessed to generate renewable electricity and contributes to a net-zero carbon future.

Where does Geothermal energy come from?

Geothermal Energy is a general term for energy in the form of heat stored beneath the surface of the Earth. Below the Earth’s crust, temperatures can reach over 4,000 degrees celsius. The source of this heat is thought to come from two processes:

How does Geothermal power work?

Geothermal power is the process where geothermal energy is harnessed to generate electricity.

Yes, Geothermal power is considered renewable as there is no direct emission of greenhouse gases in the generation process.

Traditional power plants burn fossil fuels to produce electricity, like coal or gas. Burning fossil fuel directly results in carbon dioxide being released into the air. Instead, geothermal power uses energy that is naturally occurring beneath the Earth’s surface in a process that doesn’t emit gases into the atmosphere.

Geothermal power stations are in use in over 70 countries and contribute over 1% of the worldwide power demand.

What other renewable energy sources are there?

In the effort to minimise climate change, countries worldwide are moving to adopt more and more renewable power generation. Here are the most significant renewable sources of power generation currently in operation:

Looking to switch to a greener energy tariff?

Use our business energy comparison tool to switch to a green energy tariff.