GameStop Jumps Into NFTs Just As The Crypto Market Collapses 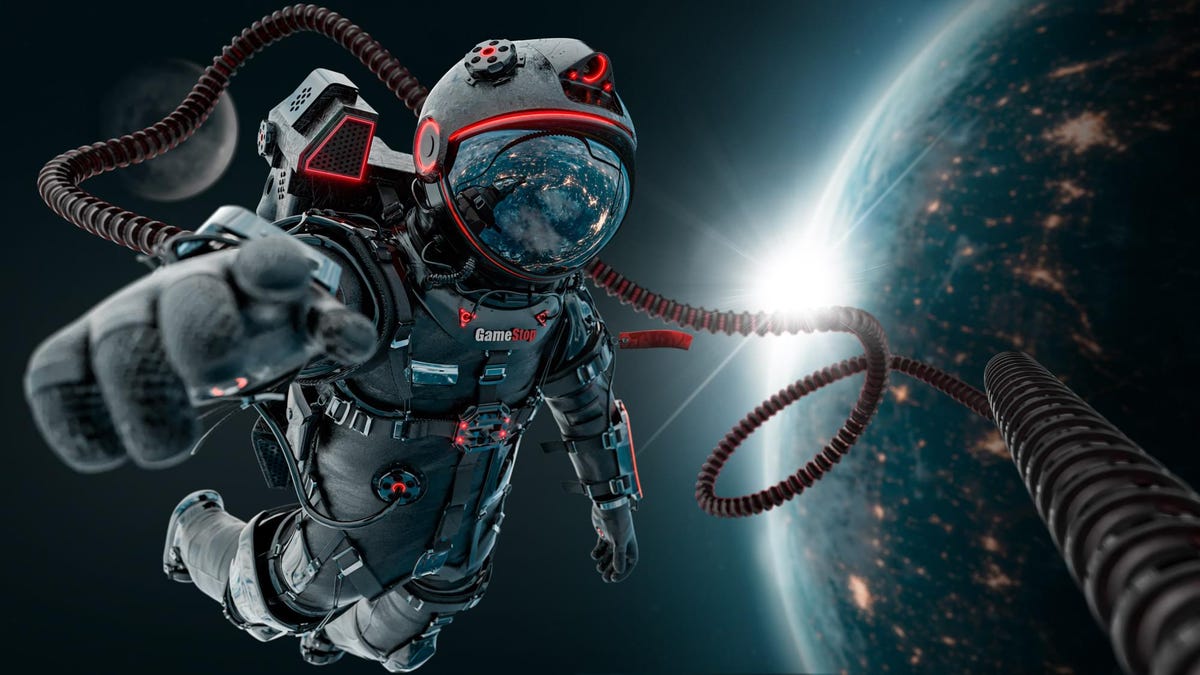 The NFT market, and other blockchain-associated grifts like cryptocurrency, are having a very bad month, as their perceived “value” evaporates and whatever actual monetary value they had falls through the floor. To which GameStop says: lol.

Here’s what we wrote about the market’s troubles just last week:

“The NFT market is collapsing.” Citing not only that 92 percent fall in sales, but also the extraordinary drop of “active wallets” by 88 percent since November.

This is partly due, it seems, to the rising interest rates that are strangling the poorest, but in turn is causing the richest to be far less risky in their speculation. And you can’t get much more speculative than betting on mass delusion of jpeg ownership.

And yet! The company chose today of all days to officially unveil it’s GameStop NFT marketplace with this statement, along with an empty website:

What the internet did for communication, blockchains do for value. Now, global communities can connect, coordinate, and transact like never before.

None of which actually means anything, of course, but then what else would you expect from a company run in 2022 largely as a meme (and which still treats its workers like shit), and which is getting into NFTs now, long after it has become clear that nobody outside the laser-eyed technocult gives even a fraction of a shit about jpgs of apes.

Speaking of memes, GameStop made all kinds of headlines last year when hyper-capitalist stock kids started messing with the company’s share prices, got a “Reddit hero and former pet food tycoon” made chairman of the board of directors and tried to turn the company into an Amazon-lite.

It worked, for a little while, though as other “meme stocks” collapse, GameStop—whose share prices are down 40% on the year—isn’t looking too great either. While things spiked briefly in April, leaping from $78 per share last month to over $185 in a single day, that hasn’t been enough to stop the company’s slow slide away from its 2021 heights.

It’s tough to predict any kind of success for this, especially given the timing, but if anyone can figure out a way to make money off pre-owned jpegs, it’s these guys.