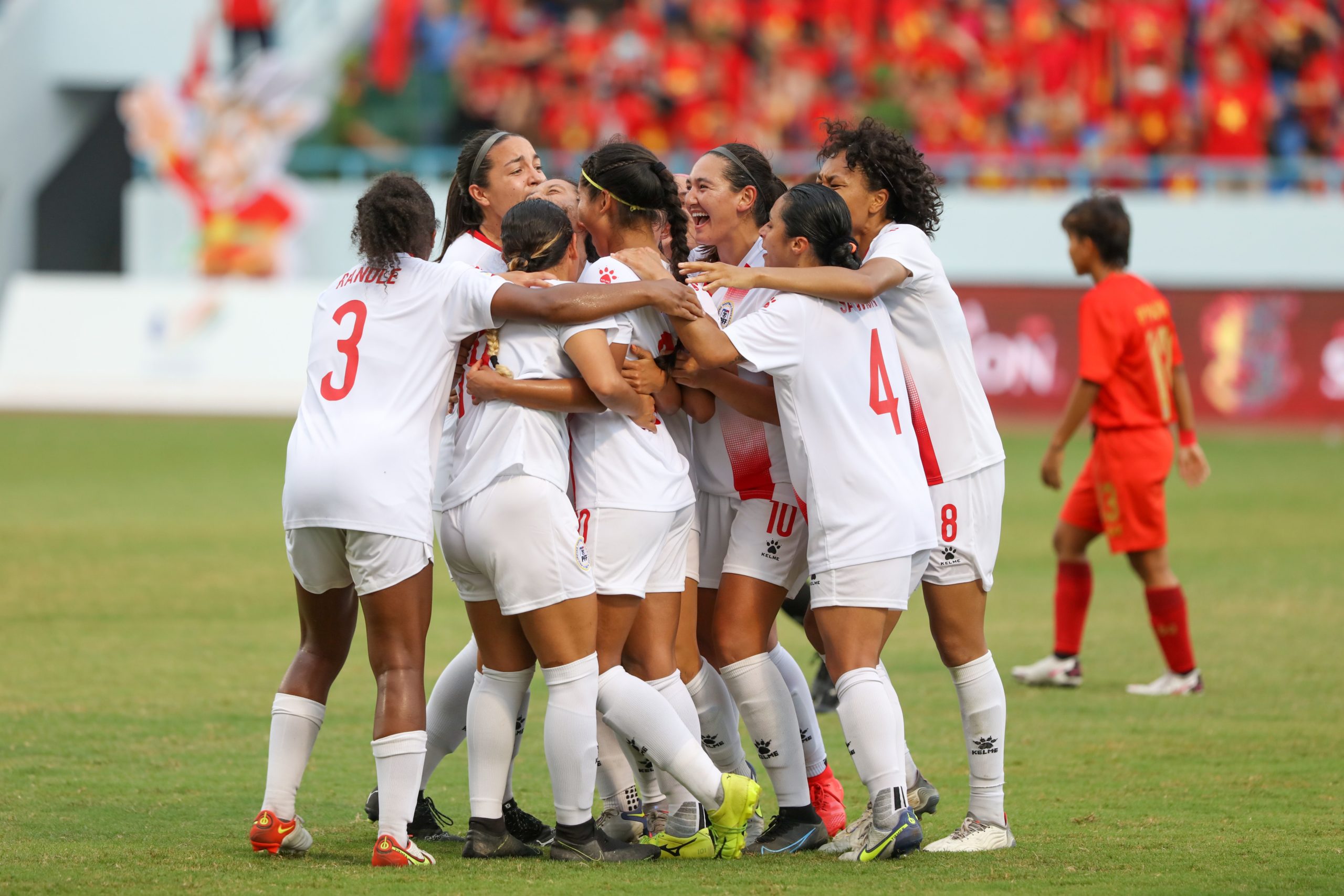 Filipinas celebrate during a victory over Myanmar in women’s football at the 31st Southeast Asian Games. PWNT/ Raymond Braganza

MANILA, Philippines — The Philippine women’s football team finally reached the Southeast Asian Games podium after 37 years as the Filipinas unloaded two goals in the second half to complete a come-from-behind 2-1 victory over Myanmar on Saturday at Cam Pha Stadium in Vietnam.

Sarina Bolden and substitute Quinley Quezada scored two goals in a span of three minutes in the second half to exact a sweet revenge on the Burmese, who were their tormentors in the battle for third of the 2019 biennial meet and won back-to-back bronze medals.

After trailing 0-1 for 70 minutes, Bolden, who had several chances in the second half but went off the mark, delivered the equalizer in the 73rd minute by eluding her defenders and beating Myanmar’s goalkeeper May Zin New.

Three minutes later, Bolden found Quezada inside the box and sank the go-ahead goal that gave the Philippines a 2-1 lead. The national team protected its lead with its pesky defense to complete another historic feat in 2022.

The Filipinas continue to make history this year as they won their first bronze since 1985 SEA Games, which was a three-team field, after booker their first Fifa World Cup appearance earlier this year.

Win Theigi Tun drew the first blood for Myanmar after she was fouled and earned a penalty kick in the 24th minute, where she beat Filipinas goalie Olivia McDaniel. However, the Burmese scorer suffered an injury and was subbed out in the 35th minute.

The Philippines gave Myanmar a dose of its own medicine as the latter fought back from 0-1 deficit with two quick goals in the 78th and 80th to snatch the bronze in the 2019 SEA Games at Rizal Memorial Stadium.