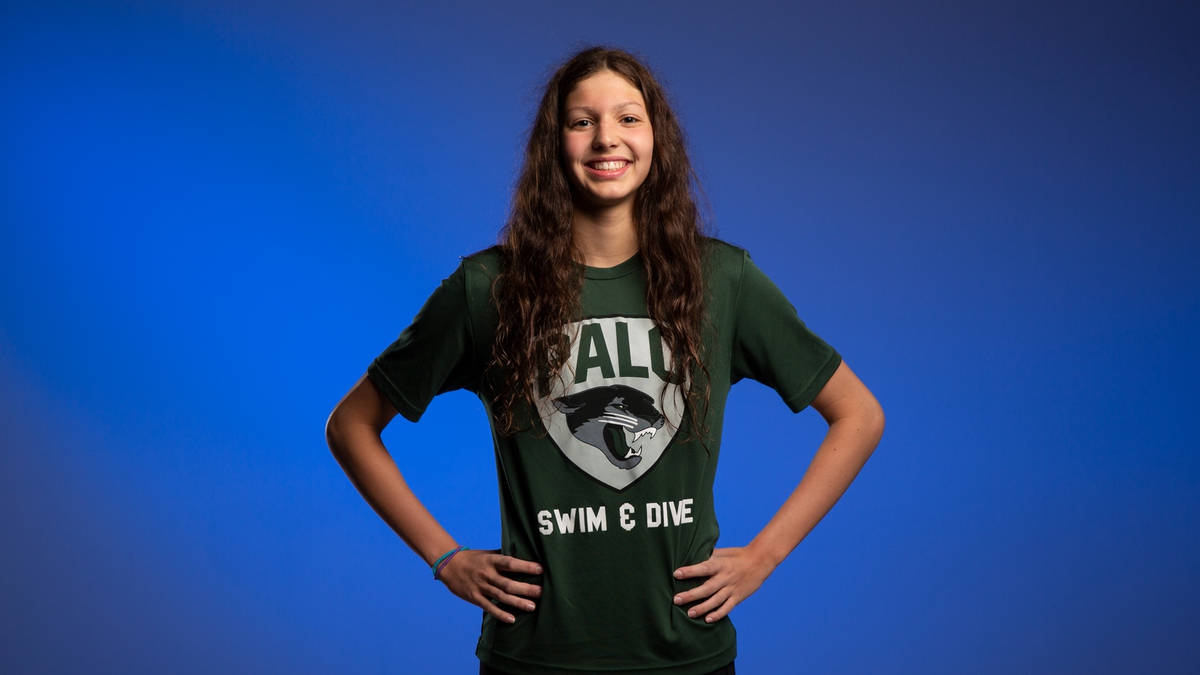 Palo Verde’s swimming dynasty is still going strong, and a familiar name might be the biggest reason why the Panthers have been able to stay on top.

Rebecca Diaconescu, the daughter of UNLV Hall of Famer and Olympian Lorena Diaconescu, has been virtually unstoppable in the pool throughout her sophomore season. Rebecca won the state championship in the 100 butterfly, took second in the 200 freestyle and contributed to a pair of state-placing relay teams.

None of Palo Verde’s relay teams that include Rebecca lost a race for more than a month to the start the season. Her best event is the 500 freestyle, in which she has won every race by at least 30 seconds this season.

Rebecca also competed in the Romanian Long Course Championships in March and could potentially follow in her mother’s footsteps as a member of the country’s national swimming team. Lorena competed for Romania at the 1996 Summer Olympics and captured a gold medal in the 2000 European Championships.

Rebecca is currently rated as the 87th best sophomore swimmer in the nation according to swimcloud.com.

Set the state record with 250 blocks to help the Gaels win a state championship.

Rated as one of the top 25 freshmen in the nation by ESPN after averaging nearly 14 points and 10 rebounds this season.

Gained more than 5,500 combined passing and rushing yards while also accounting for 82 touchdowns to help the Patriots take the state title.