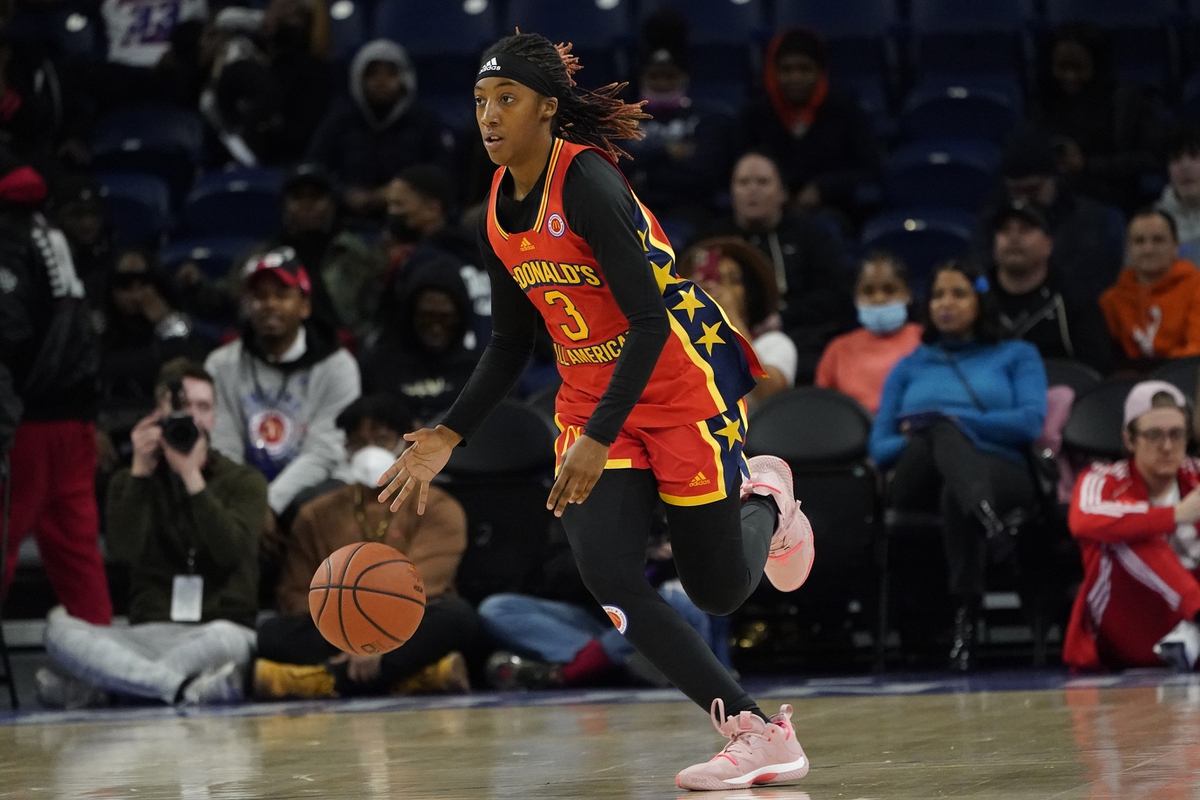 Aaliyah Gayles came into the season as the most decorated basketball player in Southern Nevada, and somehow raised her profile and level of play even further in her senior year.

The Spring Valley High point guard reached No. 8 in ESPN’s Class of 2022 recruiting rankings, made the McDonald’s All-American Game and led the Grizzlies to the state tournament after averaging nearly 14 points and five rebounds per game.

Gayles committed to the University of Southern California and was expected to be an immediate contributor to the Trojans before tragedy struck in April. She was shot 10 times at a house party but underwent three emergency surgeries to survive.

Gayles remains hospitalized but is expected to make a full recovery. She has become an inspiration due to the upbeat messages she has expressed through social message.

Gayles had played at the Jordan Brand Classic—the second most prestigious high school All-Star event behind the McDonald’s All-American Game—in Chicago the night before she was shot. USC honored her commitment, as Gayles signed a letter of intent less than a week later.

Her sights remain on eventually getting back on the court and reaching her goal of playing professional basketball. USC coach Lindsay Gottlieb isn’t putting it past her, calling Gayles “one of the most talented, athletically-gifted basketball players I’ve known.”

“Aaliyah is quite simply a unique and special young person who worked hard in every aspect to become a Trojan,” Gottlieb said in a statement. “It is these characteristics that, in her recent time of extreme trial, have allowed her to survive and will ensure that she continues to thrive. Aaliyah is part of the USC family and we could not be more proud to be on this journey with her, every step of the way.”

Averaged a 206.3 score while running away with the individual state championship.

Won the state’s Gatorade Player of the Year Award while leading the Gaels to a third-straight state championship with a state-best 1,330 assists.