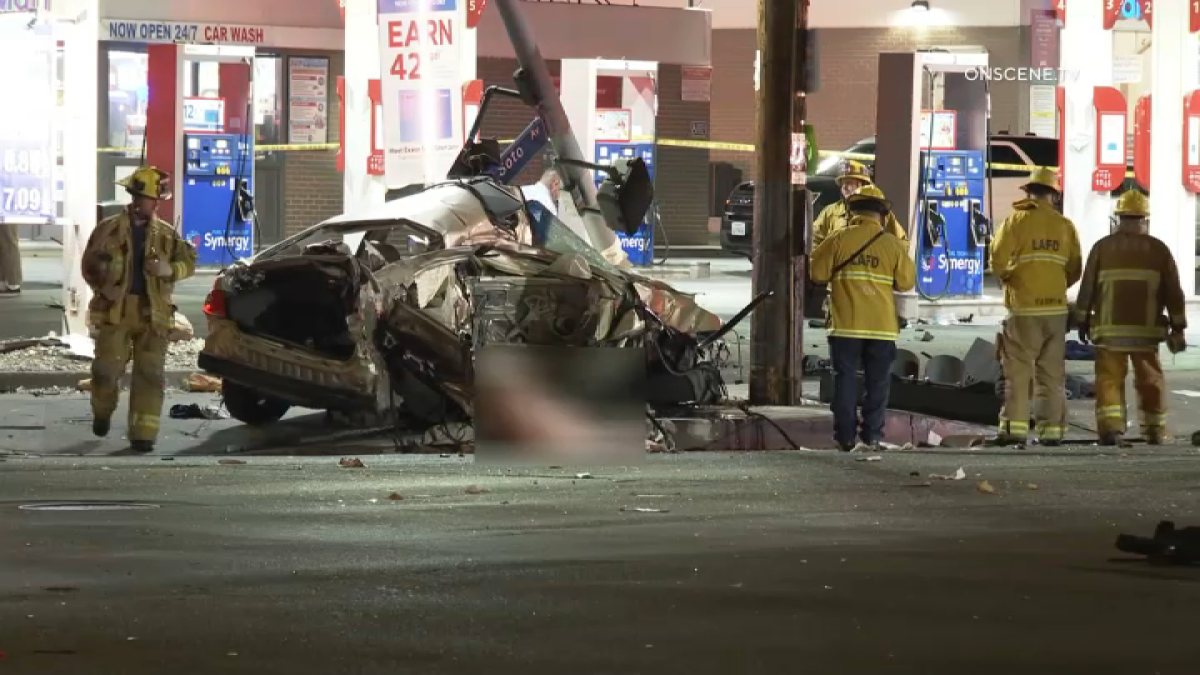 One person was found dead after a driver in a black Dodge Ram 1500 broadsided a Lexus sedan at the intersection of De Soto and Vanowen in Canoga Park just before 12:30 a.m.

LAPD confirmed the driver of the Dodge was travelling at a high speed of 80 miles per hour and possibly blew the red light before striking the Lexus.

The driver of the Lexus was killed in the crash.

LAPD traffic investigators are searching for the driver of the pickup after he fled the scene by foot.

Trinkets and bicycles were found in the back of the pickup truck, leading investigators to believe the driver deals in sales.

The victim is described as an adult man, possibly between the ages of 25 to 30 years old.

The De Soto and Vanowen intersection will likely be closed for the majority of the morning due to the investigation.