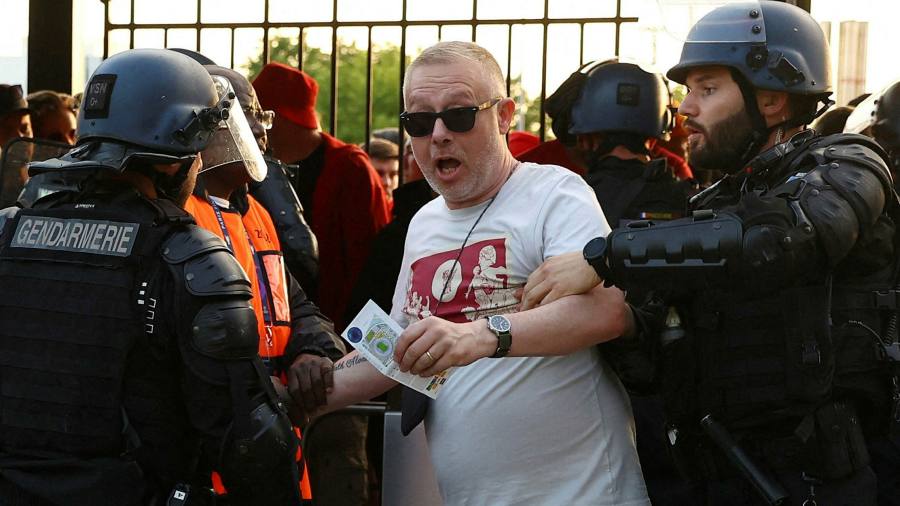 An independent investigation by the French Senate has rejected government claims that an influx of football fans with fake or no tickets were the main cause of overcrowding and clashes with police that marred the Champions League Final in Paris.

In a rebuke to interior minister Gérald Darmanin, who laid out those reasons soon after the match in late May, the Senate inquiry said the problems mostly stemmed from poor transport and security plans. It also concluded that there were not enough police officers at the Stade de France to prevent muggers attacking fans before and after the match between Liverpool and Real Madrid.

Scenes of French police using tear gas on fans, including women and children, while trying to disperse crowds outside the stadium caused widespread shock. The handling of security nearly sparked a diplomatic row between Britain and France. French officials eventually admitted the way British football fans were handled at the game went badly wrong.

“The analysis given by the interior minister the night of the match and the next day was not the right one,” said centrist Senator Laurent Lafon on Wednesday. “What happened was caused by a lack of preparation and a lack of precision in both the run-up and execution . . . These dysfunctions were at every level.”

The “dysfunctions” listed in the report included a failure to anticipate how supporters would arrive at the stadium owing to a transport strike, inadequate instructions to fans and the use of police checkpoints that caused dangerously large crowds to build up on access roads on the way to the stadium.

The cross-party group of senators reached its conclusions after weeks of hearings during which testimonies were provided by officials from the French football federation, European football’s governing body, Uefa, Liverpool fan groups and law enforcement officers, as well as several ministers including Darmanin.

The Senate report also concluded that police based their security plans on an outdated view of Liverpool supporters as potentially dangerous hooligans instead of largely peaceful fans.

Although Darmanin initially said 30,000 to 40,000 fans showed up with fake tickets or none at all, Uefa later reported that they were only able to account for roughly 2,600 fake tickets presented at turnstiles.

The incidents were politically sensitive, not only for the negative image they projected of France at a high-profile event watched by millions worldwide, but also because the country is preparing to host the Rugby World Cup next year and the summer Olympic Games in 2024. 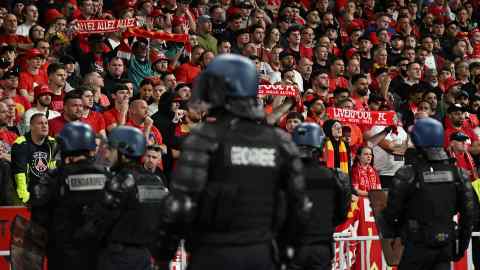 Since then, the sporting bodies and police officials tasked with organising these events have been told to re-examine their plans to avoid future mishaps.

The Senate investigation also issued 15 recommendations which included the exclusive use of digital tickets to prevent fraud and clearer rules on when police could use tear gas when they were not in physical danger.

Darmanin responded on the Senate floor by pledging to follow the recommendations and keeping parliament informed about preparations for future sporting events, although he said the comparison between the Champions League final and rugby or the Olympics “was not entirely correct”.

“I’d also like to point out that we’ve held three important matches at the Stade de France with a similar number of fans since the final and those went very smoothly,” he said.