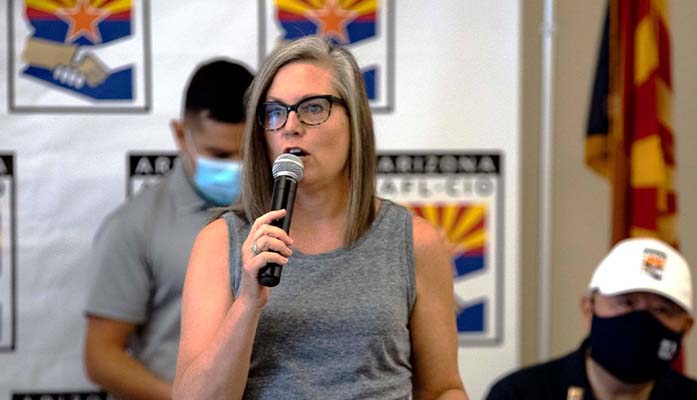 On Wednesday, Arizona State Senate President Karen Fann threw her support behind a lawsuit against Arizona Secretary of State Katie Hobbs for what Fann says is an “ongoing violation of her mandatory statutory duty to codify an Elections Procedures Manual.”

The lawsuit was brought by the Arizona Attorney General’s Office and the Yavapai County Republican Committee and involves the 2022 election cycle’s Elections Procedures Manual (EPM).

In the lawsuit, filed on April 21, 2022, the parties allege that Hobbs has not fulfilled her duty to prepare a new manual for the 2022 election. The parties have asked the Court to order Hobbs to produce a new one by May 4.

In her press release, Fann argued that elections are the “foundation of American democracy, and rules must be followed so that all eligible voters have the information needed to make informed decisions on the ballot.”

The Attorney General seeks special action relief ordering Hobbs to comply with the mandatory requirement of submitting a legally compliant EPM for approval by the AG and Governor Doug Ducey. The lawsuit states that the Secretary blatantly ignored state law by unlawfully including provisions related to nominating petitions and also disregarded a recent ruling by the U.S. Supreme Court by allowing voters to cast ballots outside of their assigned precincts. Further, the Secretary’s EPM does not address highly contentious issues such as verification of ballot affidavit signatures and staffing ballot drop boxes.

“We are elected to protect the democratic process and to serve the people,” said Fann in her press release. “Secretary Hobbs is engaging in the exact opposite by breaking the law and ignoring her duties as Secretary of State. She owes it to all Arizonans to follow the law and do the right thing.”

The rules that would otherwise be contained in an EPM for the 2022 election cycle cannot be enforced in the absence of a valid EPM for that cycle. The lack of statewide rules to guide county officials in election administration could lead to arbitrary treatment of ballots, resulting in violations of Arizona election laws and post-election challenges.