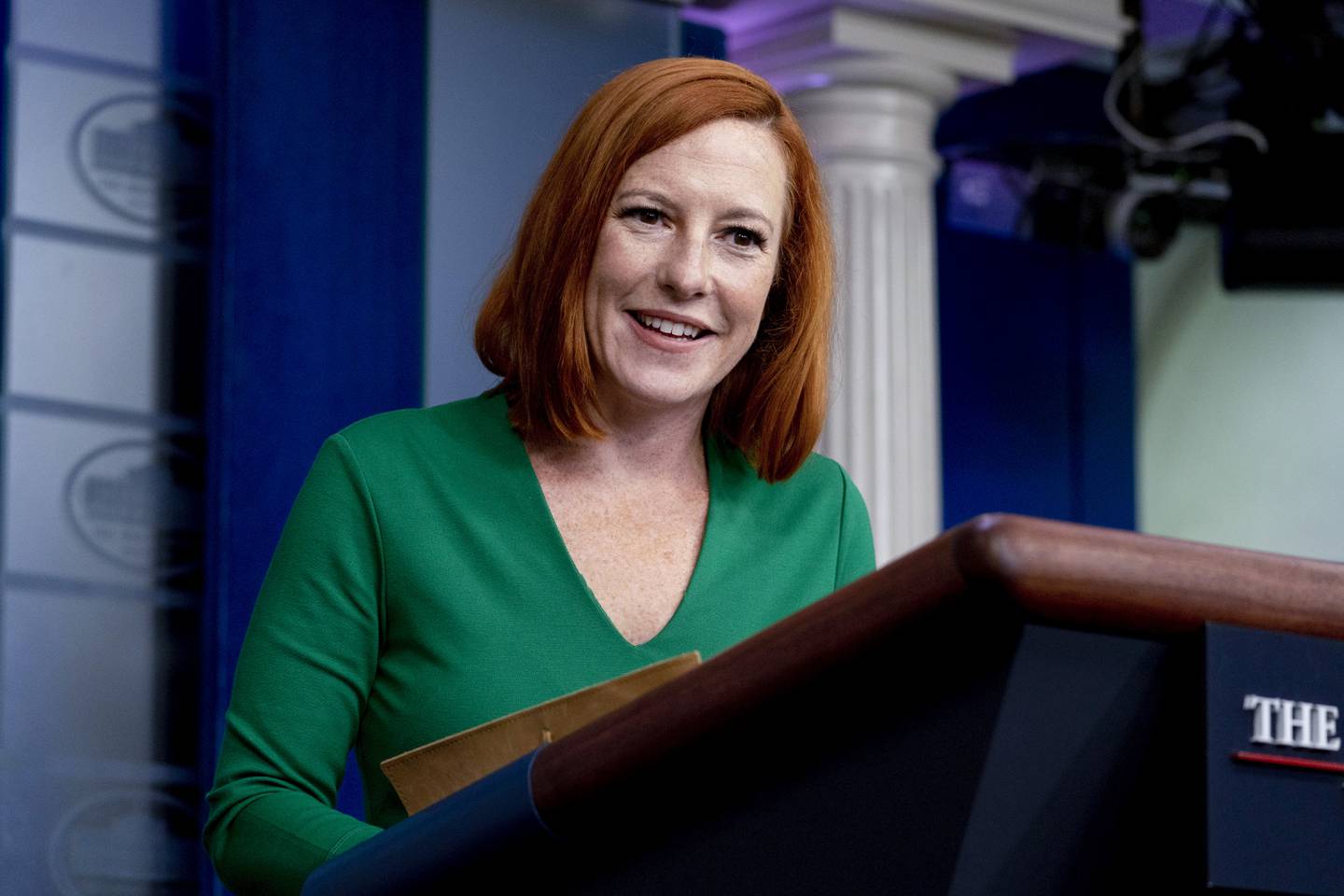 Former White House spokeswoman Jen Psaki will join the liberal-leaning network in the fall and will star in her own streaming show launching in the first quarter of the new year.

Psaki reminded potential viewers that she would be much more than just a partisan voice.

“Fact-based and thoughtful conversations about the big questions .. have never been more important,” Psaki said. “I can’t wait to create a space on streaming where we break down the facts, get to the bottom of what’s driving the issues, and hopefully have some fun along the way.”

Thrilled to join the incredible @MSNBC family this fall. Breaking down the facts and getting to the bottom of what’s driving the issues that matter most to people in this country has never been more important.

The longtime Democratic operative said her experience on the campaign trail and in government gave her the contacts and specialized knowledge to be a hit on the small screen.

“My time in government, from the White House to the State Department, and years before that on national political campaigns will fuel the insight and perspective I bring to this next chapter,” Psaki added.

The former White House mouthpiece’s new gig has been the worst kept secret inside the Beltway since she announced she would leave the briefing room podium last month.

During the first 16 months of President Biden’s administration, Psaki won fans and foes alike for her sharp-tongued approach to the daily briefing with reporters.

“Jen’s sharp wit and relatability combined with the mastery of the subject she covers have made her a household name across the nation,” MSNBC president Rashida Jones said.

Psaki stirred controversy by remaining as the White House spokeswoman even as she apparently negotiated the fine print of her new gig.

Several journalists considered that arrangement to be a conflict of interest, especially since she was still charged with fielding questions from her future employers at MSNBC and reporters from their rival networks.

[ Jen Psaki and Peter Doocy mark ‘end of an era’ ]

She posed for a good-bye photo with Fox News White House correspondent Peter Doocy, with whom she often sparred from the podium.

Psaki is not the only left-leaning talent that MSNBC has been scooping up recently.

Symone Sanders, who served as chief spokesperson for Vice President Kamala Harris, left the Biden administration last year and has started hosting a weekend show on the network.