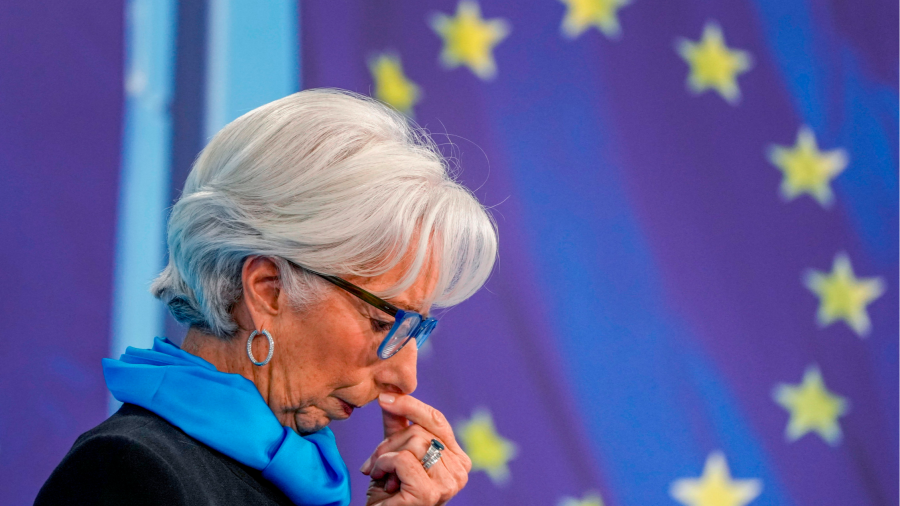 The European Systemic Risk Board, which is responsible for monitoring and preventing dangers to the region’s financial system, issued the alert after meeting last week and deciding the energy crisis triggered by the war in Ukraine had put the financial system in a precarious position. This is the first “general warning” about risk the ESRB has issued since its creation in 2010 on the eve of the eurozone sovereign debt crisis.

The authority, which is chaired by European Central Bank president Christine Lagarde, called on regulators in the 30 countries it oversees to prepare for a potential crisis by requiring the financial institutions they supervise to build up bigger buffers of capital and provisions that can absorb losses.

The ESRB’s warning was agreed on September 22, several days before the new UK government’s unorthodox fiscal plans caused turmoil in financial markets and forced the Bank of England to intervene by buying bonds. People briefed on ESRB discussions said the UK’s problems were not part of the discussions, however they acknowledged that they were likely to now be an additional worry for regulators in Europe.

Concerns about the health of Europe’s financial system have increased since the Ukraine conflict pushed energy prices up, driving inflation to multi-decade highs, prompting central banks to raise interest rates aggressively and triggering a sell-off in bond and equity markets.

“Rising geopolitical tensions have led to an increase in energy prices, causing financial distress to businesses and households that are still recovering from the adverse economic consequences of the Covid-19 pandemic,” the ESRB said. “In addition, higher-than-expected inflation is tightening financial conditions.”

It identified three key sources of systemic risk: “The deterioration of the macroeconomic outlook, risks to financial stability stemming from a (possible) sharp asset price correction and the implications of such developments for asset quality.”

The housing market — a recurring concern for the ESRB — was still a potential weakness, it said. “Rising mortgage rates and the worsening in debt-servicing capacity due to a decline in real household income can be expected to exert downward pressure on house prices and lead to a materialisation of cyclical risks,” it warned.

It also listed rising default risk in the commercial property sector, cyber attacks on financial institutions and the increased cost of high government debts as interest rates rise among other areas of concern.

Europe’s financial system has come through the pandemic relatively unscathed, but that was in large part due to significant support for households and businesses from governments and central banks.

The ESRB warned the probability of “tail-risk scenarios” had risen since the start of the year, pointing out that house prices had been increasing at rapid rates for years and overall debt levels in Europe had surged by almost a fifth since early 2020 to €27.5tn.