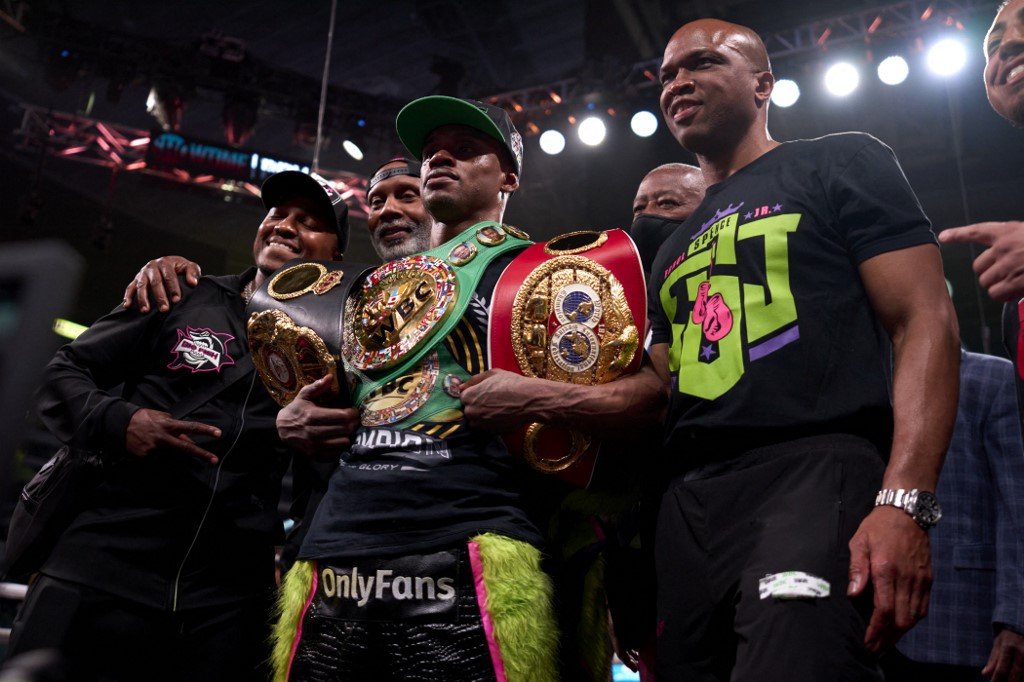 Spence, fighting in front of home fans in the Dallas Cowboys’ AT&T stadium in Texas, remained unbeaten, improving to 28-0 with 22 knockouts when referee Laurence Cole called a halt at 1:44 of the 10th on the advice of the ringside doctor.

By then, Ugas’s right eye was swollen shut from the blows meted out by Spence, who rocked the Cuban in the seventh round and continued to pour in the punishment until it was over.

Spence was fighting for the first time since an eye injury suffered in training forced him out of a planned bout with Manny Pacquiao last August.

Ugas stepped in at the last minute and sent the Philippine legend into retirement with a unanimous decision victory.

But the 35-year-old Cuban had no answer for Spence’s powerful combinations. He did rock the American in the sixth round, sending him reeling into the ropes after Spence was distracted by the loss of his mouthpiece.

“I thought the ref had said stop,” Spence said. “That’s my fault.”

Spence, who insisted he was never out on his feet, was up on all three judges’ scorecards when the fight was stopped as Ugas fell to 27-5 with 12 knockouts.