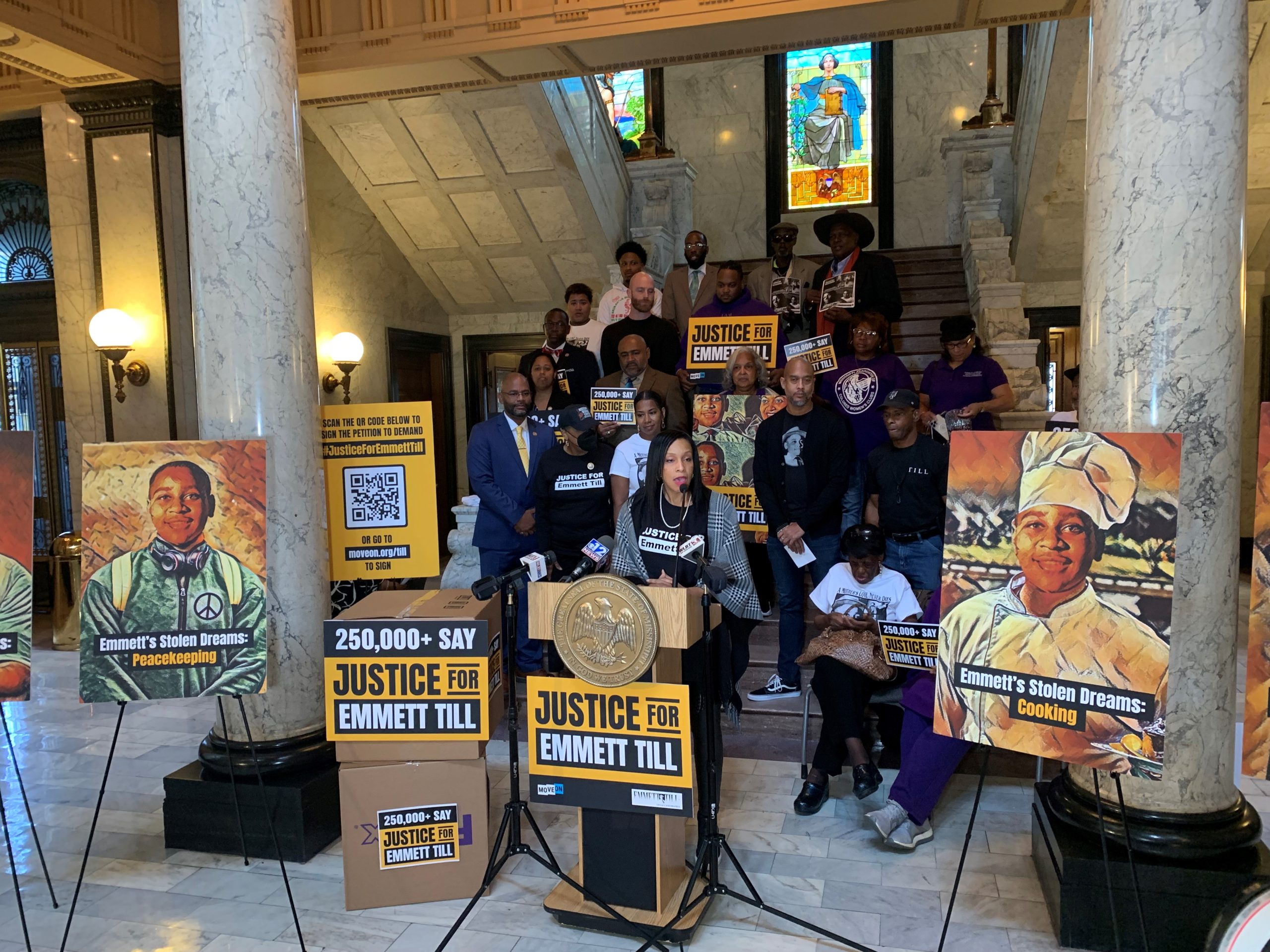 It’s been nearly 70 years since Emmett Till was lynched in the Mississippi Delta, but his family has not given up on justice.

Last week, a search team that includes Till family members Deborah and Teri Watts discovered the original, unserved arrest warrant for the only living accomplice to Till’s death in the basement of the Leflore County courthouse in Greenwood.

Deborah Watts, Till’s cousin and founder of the Emmett Till Legacy Foundation, said uncovering the document is the result of the family’s perseverance and determination.

“We never accepted (the) closing of this case by the authorities or gave up hope,” she said in a Thursday statement. “We have always pushed for full accountability of all those involved in Emmett’s murder who may still be alive.”

The uncovered warrant is for Carolyn Bryant Donham, listed as “Mrs. Roy Bryant,” and is dated Aug. 29, 1955, days after Till’s death. The document had been in the courthouse for 67 years.

She was formerly married to Roy Bryant, who with his half-brother, J.W. Milam, killed 14-year-old Till who was visiting family from Chicago. They kidnapped him after Donham wrongfully accused Till of grabbing her and making unwanted advances.

Donham is now in her 80s and most recently lived in North Carolina.

The Department of Justice reopened Till’s case several times in the past two decades, but no new charges were made. The two men tried for his murder in 1955 were acquitted by an all-white jury.

For several years, family members, supporters and the foundation have called for justice for Till and for Donham to be held accountable. Finding the original warrant could make that happen, they say.

The Till family sent certified copies of the warrant to local and federal law enforcement, according to the Emmett Till Legacy Foundation. They are asking the U.S. Department of Justice Civil Rights Division and the Mississippi Fourth District Attorney’s Office to consider the warrant new evidence, investigate and charge Donham as an accessory in Till’s death.

The search team, which also includes foundation ambassador Melissa Earnest, family ambassador Khali Rasheed and filmmaker and justice advocate Keith Beauchamp, received access to the courthouse on June 21, according to the foundation.

The team went through boxes organized by decade, and Rasheed found a file folder containing the warrant, according to the foundation.The original warrant and file and a certified copy can be found at the Leflore County courthouse.

Beauchamp was granted access in March for an initial search for the warrant, according to the foundation. A few months earlier, Earnest told Watts that the warrant may possibly be in Leflore County.

Watts said the pursuit of justice is dedicated to and honors Till and other late family members: his mother, Mamie Till Mobley; cousin Simeon Wright, who was the last to see him alive; and great uncle Mose Wright, whose home Till stayed at before his death.

Family members have been seeking justice since Till’s death, according to the foundation. His mother chose to have an open casket at his funeral to show the world what happened to Till, and she continued to fight for justice until her death in 2003.

In March, Till’s family and supporters visited the Mississippi State Capitol and delivered a petition with over 300,000 signatures to the attorney general’s office calling for Donham to be charged.

Family members founded the Emmett Till Legacy Foundation, whose goal is to preserve the memory and legacy of Till and his mother’s hope for justice. The group hopes to create a legacy of hope by bridging the past, present and future through programs, according to the foundation’s website.

In the petition, the foundation links Till’s death to modern killings of Black people, such as George Floyd in Minnesota, Ahmaud Arbery in Georgia, Breonna Taylor in Kentucky, and Eric Garner in New York.

By listening more intently and understanding the people who make up Mississippi’s communities, our reporters put a human face on how policy affects everyday Mississippians. We’re listening closely to our readers to help us continue to align our work with the needs and priorities of people from all across Mississippi. Please take a few minutes to tell us what’s on your mind by clicking the button below.