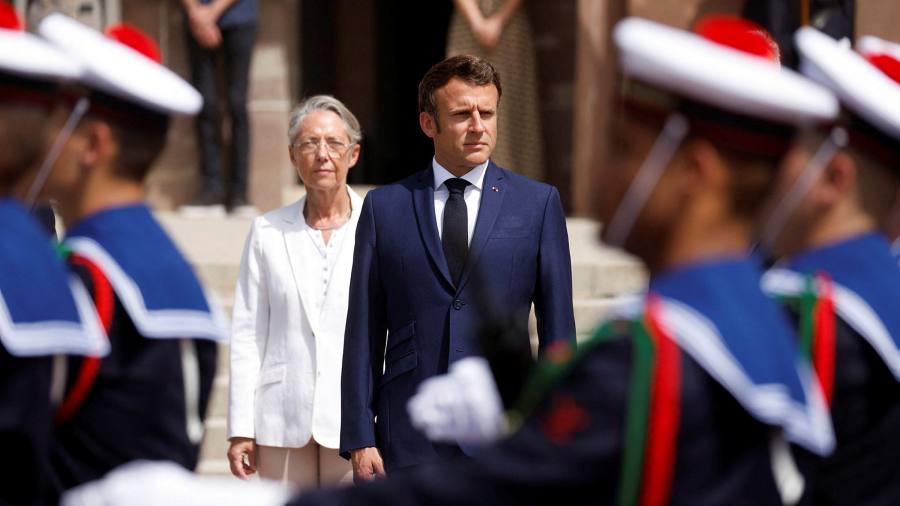 French president Emmanuel Macron has backed his prime minister Élisabeth Borne to stay on and vowed to plough ahead with planned reforms despite having lost an absolute majority in parliament.

“The prime minister has my confidence to carry out the government’s action in the long term for our country,” he told Agence France-Presse in an interview.

Macron is trying to salvage his second-term domestic agenda less than two months after being re-elected, the first French president to achieve such a feat in two decades. But his centrist political alliance went on to win only 245 of 577 seats in the National Assembly, leaving it well short of the support needed to pass laws and raising the risk of deadlock.

Macron said that he had asked Borne to sound out the other political parties on whether they would join a longer-term governing alliance or collaborate on a case-by-case basis on draft laws. Borne also will ask lawmakers about their positions regarding a vote of confidence for her cabinet, which is expected on July 5, and an important budget vote in autumn.

The basis for the talks will still be the platform that Macron ran on, although he said it could “be amended or enriched” as long as it did not result in higher taxes or additional debt.

Macron’s election promises included business-friendly reforms such as lowering taxes on companies and raising the retirement age from 62 to 64 or 65, while also doing more to transition to green energy and fight climate change.

Borne will also submit a new cabinet to Macron by early July.

Analysts have said that forging consensus would not be easy because France is less accustomed to parliamentary compromise or coalition-building than other European countries. Opposition parties are also looking ahead to 2027, when Macron cannot stand for president again.

Even the centre-right Les Républicains, who share many similar positions to Macron’s alliance, are playing hardball as they seek to ensure their political survival. They hold 61 seats in the assembly, so will be a crucial swing bloc.

Olivier Marleix, who heads the LR parliamentary delegation, told the Journal du Dimanche that power had swung from the president to the parliament, which required Macron to abandon his usual top-down approach. 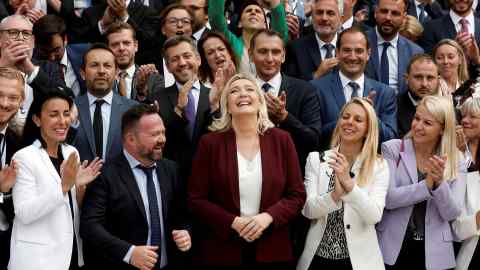 Vowing to be “responsible” he said of LR: “We want to work on behalf of the French people, not be a crutch for the government.”

Macron has excluded working with Jean-Luc Mélenchon’s far-left France Unbowed party and Marine Le Pen’s far-right Rassemblement National. Both parties have won an unprecedented number of seats, and are in line for top posts in the assembly.

“I do not equate these two extremes, but given their positions and how they express them . . . these are not governing parties,” Macron told AFP.