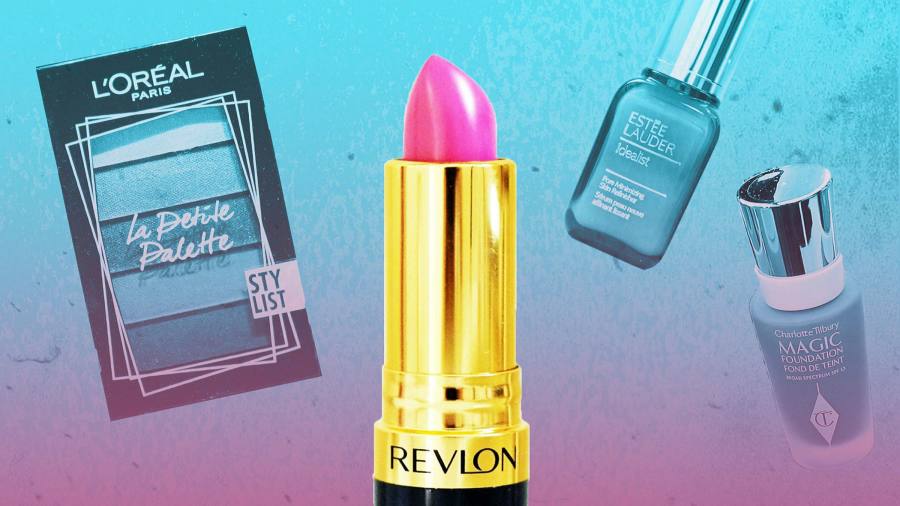 Today, consumers scout out cosmetics on social media and a flood of buzzy independent brands fronted by celebrities like singer Rihanna and influencer Kylie Jenner that have sidelined the likes of Revlon. Saddled by high debts, the 90-year-old US group, which is majority owned by billionaire Ron Perelman, filed for bankruptcy last week.

The high-profile casualty shows how competitive and fast-paced the beauty sector has become, requiring heavy investment in digital marketing and product innovation to prevent brands from fading into irrelevance. Unlike other staples like food or household products where brands can survive decades with minimal tweaks, consumers’ desires in beauty evolve rapidly, often under the influence of culture, fashion and art.

“The indie brands are constantly taking risks and starting trends,” said Stephanie Wissink, an analyst at Jefferies. “It is as if the big established beauty companies are like a tortoise, who is racing not against one hare, but against hundreds of them.”

Industry leaders L’Oréal, Estee Lauder and Shiseido have learned to thrive in this new landscape by playing on their global reach and scientific knowhow, and snapping up the most promising indie brands to stay relevant.

But the likes of Revlon and Coty have struggled because their cosmetics are more mass-market and they lacked scale in the fastest-growing category and market — skincare and China. Both were constrained by debts racked up from acquisitions, although Coty has made progress in paying it down so analysts say it is unlikely to suffer Revlon’s fate.

The Covid-19 pandemic pushed the less agile companies further on to the back foot, as lockdowns and mask wearing hit demand for beauty products while also sending more consumers online. Supply chains for everything from plastic to pigments have been snarled, another advantage for the bigger companies that carry more sway with suppliers.

Global make-up sales have not yet recovered to their 2019 levels, although some categories like skincare and luxury fragrances have done so, according to McKinsey data.

The strongest players L’Oréal and Estee Lauder have already exceeded their pre-pandemic sales, helped by their large presence in the booming Chinese market and strength in skincare with brands like Lancôme and La Mer. L’Oréal has predicted that its revenue growth will outpace the 4 to 5 per cent expansion of the global beauty market this year.

In contrast, sales at Revlon, Coty and Shiseido are still languishing at pre-pandemic levels.

Even the beauty industry’s winners have had a bad run on the stock market this year, as a combination of Covid-19 restrictions in China and fears of a global recession alarm investors. Estee Lauder is down 30 per cent, L’Oréal has fallen 22 per cent and Shiseido is off 18 per cent — all underperforming Dow Jones Industrial Average and global consumer staples indices. Coty has fallen 30 per cent this year, and Revlon has tumbled 38 per cent.

Although China has proved a boon over the past decade for some beauty companies, Beijing’s zero-Covid policy has curbed its attraction this year.

Estee Lauder in particular has been hard hit by recent lockdowns in China, triggering a profit warning in May. China accounts for about one-third of its sales and its main distribution centre is in Shanghai, the epicentre of the recent Covid-19 outbreak, leaving it unable to supply the rest of the country.

Given China’s role as the second-biggest cosmetics market after the US, Wissink of Jefferies said that China would continue to hang over the sector unless authorities shift away their strict Covid-19 policy.

But in Paris, a destination for Chinese tourists when travel was easier, there was little sign of a slowdown at the city’s high-end Bon Marché department stores this week where indie brands like Charlotte Tilbury vie for attention alongside mainstays Dior and Chanel.

A sales clerk who declined to be named said that it had been busy since international tourists were back and the wedding season was in full swing. “People want to indulge, so they’ve been snapping up beauty products that make them feel good,” the person said.

Elena Boulard said she had come to the store on the hunt for new lipstick and bronzer since she planned to go to the office more this summer after a long stretch working from home. “I haven’t bought make-up in a while and there is so much new stuff,” she said.

High-end beauty products have fared better emerging from the pandemic than cheaper brands. In the US, the “prestige beauty” market, which includes products sold via specialists like Ulta and department stores, grew robustly last year to $22 bln, or 7 per cent above 2019 levels, according to market researcher NPD.

Luxury fragrances, including new brands that offer bespoke blends for an individual, have also enjoyed a renaissance. “Consumers are trading up to treat themselves to a $300 bottle of perfume instead of the $80 one,” said NPD’s Larissa Jensen.

For Revlon, the nascent recovery has come too late. But its problems stretch back far longer: sales stagnated for much of the past two decades save for a bump in 2016 when Revlon bought Elizabeth Arden and it has posted losses for the past six years.

Analysts said Revlon’s brands did not keep up with changing consumers’ tastes, which began to emphasise self-expression and embracing flaws over unattainable beauty norms. Revlon’s weakness in skincare also meant it failed to benefit from that category’s boom.

A stretched balance sheet left the group unable to acquire indie brands to refresh its product lines. Following its bankruptcy court filing, the company will continue trading while it works out a creditor repayment plan.

The way beauty’s indie brands often emerge from unexpected places underlines the scale of the challenges a flat-footed Revon faced.

Take Half Magic, a brand started in May by Doniella Davy, a make-up artist who shot to fame by creating “emotional glam” looks for the actresses on the hit US television teen drama Euphoria. On TikTok, the hashtag #EuphoriaMakeUp, where people post videos of themselves putting on brightly coloured eye shadow, glitter, and neon face gems inspired by the show, has racked up 2.1bn views.

While Half Magic may well fizzle out, it is emblematic of how new brands and trends flourish on social media. To monitor the changes, big beauty companies have increased their spending on digital marketing both to advertise their brands and seize on trends when they emerge.

“If you want to run a successful cosmetics business nowadays, you have to pay an army of 20 somethings to be on TikTok and Instagram all day to monitor trends and engage with people about your brands,” said Iain Simpson, an analyst at Barclays. “It’s not a business you can run lean and mean with a lot of debt on it.”

Coty chief executive Sue Y Nabi said in an interview that the group had “made a lot of progress” on using social media to renew its storied mass-market brands, which include CoverGirl and Max Factor. “Staying relevant is the most important thing,” she said, including jumping on consumers’ desire for so-called “clean beauty” products that strip out harsh chemicals or by using TikTok to attract Gen Z consumers.

An example of how Coty tries to refresh older names came with a recent launch of a new mascara under its Rimmel brand. It enlisted a UK TikTok influencer Olivia Neill to help design and promote the product called Thrill Seeker.

“It’s the first time we’ve done something like this,” said Nabi. “Companies like ours have learned how to create viral products just as the indie brands do.”