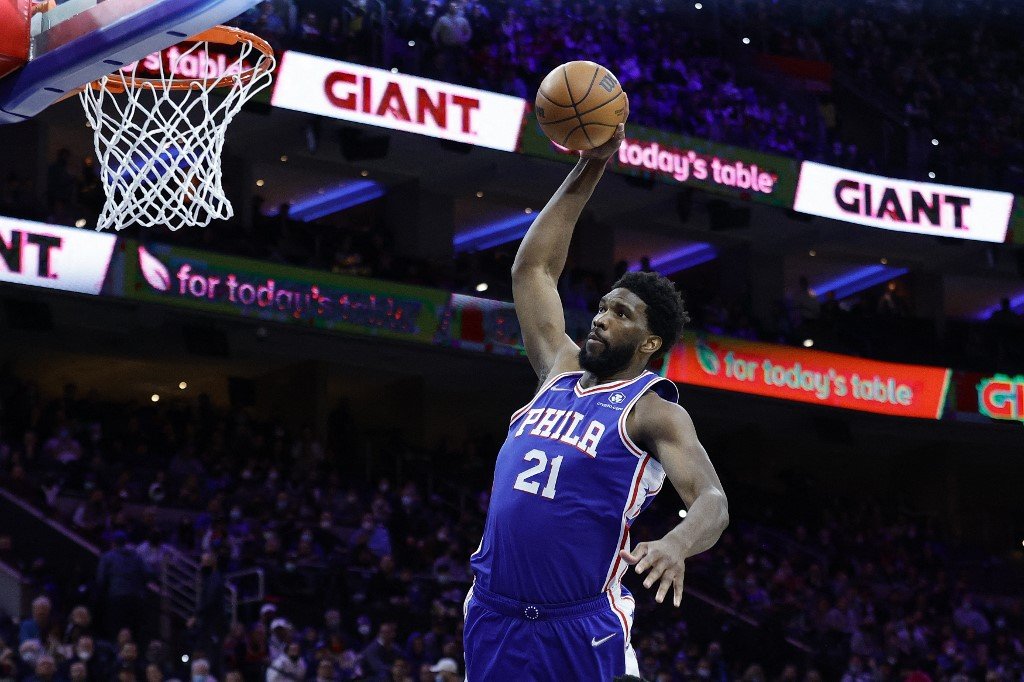 Joel Embiid of the Philadelphia 76ers   (Getty Images via AFP)

The trio of global superstar big men have their clubs in contention for an NBA crown in the playoffs, which began this weekend.

Cameroonian star Embiid sparked the 76ers to an opening victory over Toronto while Serbian Jokic led the Nuggets in their opening loss to Golden State and Greek star Antetokounmpo, the 2019 and 2020 MVP, leads Milwaukee against Chicago in the opening round. Nikola Jokic of the Denver Nuggets  (Getty Images via AFP)

Three finalists were named for six annual awards based upon results from a global media panel, with winners to be announced during the NBA playoffs. Giannis Antetokounmpo of the Milwaukee Bucks  (Getty Images via AFP)

The NBA’s Defensive Player of the Year finalists include Utah’s Rudy Gobert, a French center who won the award in 2018, 2019 and 2021, Boston’s Marcus Smart and Phoenix’s Mikal Bridges.

Memphis star guard Ja Morant was among the finalists for the NBA Most Improved Player award, joined by Cleveland’s Darius Garland and San Antonio’s Dejounte Murray.

Finalists for the NBA Sixth Man of the Year award, for the top reserve player, include Miami’s Tyler Herro, Phoenix’s Cam Johnson and Cleveland’s Kevin Love.