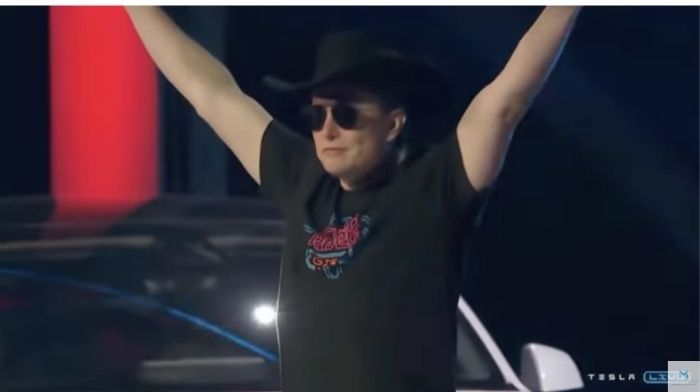 Tesla CEO Elon Musk, not content with this recent acquisition of a nine percent stake in Twitter, offered to buy and privatize the social media platform with a $43 billion proposal, calling it his “best and final offer.”

The successful African-American billionaire tweeted a link to an SEC filing and added four words – “I made an offer.”

He explained his proposal in a letter to Twitter chairman Bret Taylor, noting the platform has the potential to be a free speech leader but is currently failing in that regard.

“I invested in Twitter as I believe in its potential to be the platform for free speech around the globe, and I believe free speech is a societal imperative for a functioning democracy,” said Musk.

“However, since making my investment I now realize the company will neither thrive nor serve this societal imperative in its current form. Twitter needs to be transformed as a private company.”

Musk added the social media platform has “extraordinary potential” and vowed, “I will unlock it.”

The reactions from the left have been something to behold.

RELATED: Elon Musk Fact-Checks Biden Live During State Of The Union Address After Tesla Was Snubbed

“My offer is my best and final offer and if it is not accepted, I would need to reconsider my position as a shareholder,” he added.

I made an offer https://t.co/VvreuPMeLu

Musk has repeatedly criticized Twitter of late, disclosing that he held a 9.2% stake in the social media company and recently backed out of joining its board of directors – a move that prompted speculation of the takeover route.

Joining the board would have limited his ability to own a larger stake in the company.

It’s a consensus in social sciences that free speech can’t be limitless. You should keep investing your time in things you actually know how it works, like the engineering fields that u are great on it. Leave social matters to people that study it.

I am frightened by the impact on society and politics if Elon Musk acquires Twitter. He seems to believe that on social media anything goes. For democracy to survive, we need more content moderation, not less.

… and humorous takes from those supporting the free speech effort.

Please do it Elon, we need Trump tweets back in our life… 😆 pic.twitter.com/I0KYI4uKCC

Twitter responded to Musk’s bid, and in doing so confirmed the offer had been made.

“The Twitter Board of Directors will carefully review the proposal to determine the course of action that it believes is in the best interest of the Company and all Twitter stockholders,” they said in an early morning press release.

Our press release this morning:https://t.co/XoC4UXrZ6P

“I have moved straight to the end,” he said. “It’s a high price and your shareholders will love it.”

Dan Ives, a Wall Street tech analyst, offered a prediction for how this interaction between Musk and Twitter is going to end.

“Musk previously had a 9.2% stake before the filing this morning and now ultimately we believe this soap opera will end with Musk owning Twitter after this aggressive hostile takeover of the company,” he tweeted.

Musk previously had a 9.2% stake before the filing this morning and now ultimately we believe this soap opera will end with Musk owning Twitter after this aggressive hostile takeover of the company. It would be hard for any other bidders/consortium to emerge at this price level

Elon Musk, prior to the hostile takeover bid, has been toying with how he would like to tinker with Twitter.

He polled followers on how they would feel about a long sought after ‘edit button.’

Do you want an edit button?

Oh… and BRING BACK TRUMP!

Musk has also angered the left by using Twitter to consistently criticize Democrats on the platform.

Last month, he taunted Joe Biden, or the “person controlling” the President’s Twitter account, for failing to mention Tesla’s investment in electric vehicle production during the State of the Union address.

He blasted Senator Elizabeth Warren as “Senator Karen” after the Massachusetts Democrat accused him of not paying taxes and essentially being a “freeloader.”

Please don’t call the manager on me, Senator Karen 🙏

Musk also mocked Senator Bernie Sanders (I-VT) after the latter said, “We must demand that the extremely wealthy pay their fair share.”

“I keep forgetting that you’re still alive,” he fried back.

The Tesla CEO stated his takeover attempt is “not a threat, it’s simply not a good investment without the changes that need to be made.”

Musk has been something of an enigma in popular and business culture. He admits that he can be “strange,” which may be related to his admission that he has Asperger’s syndrome. But he knows how to have fun with it:

“Look, I know I sometimes say or post strange things, but that’s just how my brain works. To anyone who’s been offended, I just want to say I reinvented electric cars, and I’m sending people to Mars in a rocket ship. Did you think I was also going to be a chill, normal dude?”

As The Political Insider’s Kathleen Anderson writes, maybe that kind of unique thinking is what’s needed in these times of hyper conformity.

“The billionaire business magnate is a ‘strange’ guy. He says and does some odd things, and so I think he wants to make sure that we can all be our little flavor of strange without fear of canceling or censorship,” writes Anderson.