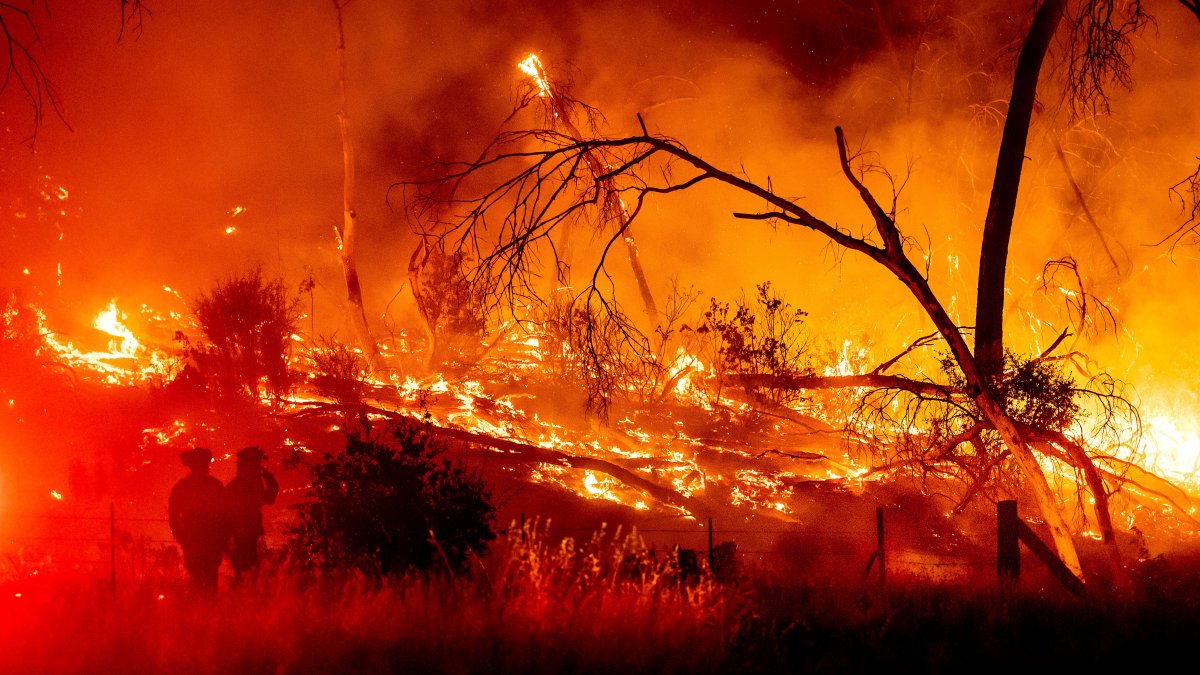 A Fourth of July wildfire that authorities say may have been sparked by fireworks or a barbecue temporarily trapped holiday revelers as it chewed through a mountainous California region that’s a top tourism destination, officials said.

The Electra Fire in Sierra Nevada Gold Country broke out Monday afternoon and tripled in size overnight to more than 3,000 acres by Tuesday morning.

The fire started at a recreation area that was packed with people, forcing 85 to 100 celebrating the holiday at a river to take shelter at Pacific Gas & Electric Co. facility, said Amador County Sheriff Gary Redman. All were later safely evacuated, he said.

Mandatory evacuation orders and warnings combined affected about 500 people in Amador County and 300 to 400 people in Calaveras County, Redman said.

Redman said the cause of the fire was not known, but that it started in the Vox Beach area of the North Fork Mokelumne River. He said that could suggest fireworks or a barbecue as a potential cause.

Vox Beach is about 55 miles east of Sacramento in the heart of the Sierra Nevada region that is steeped with the history of the mid-1800s Gold Rush.

Several other small fires were burning in the state.