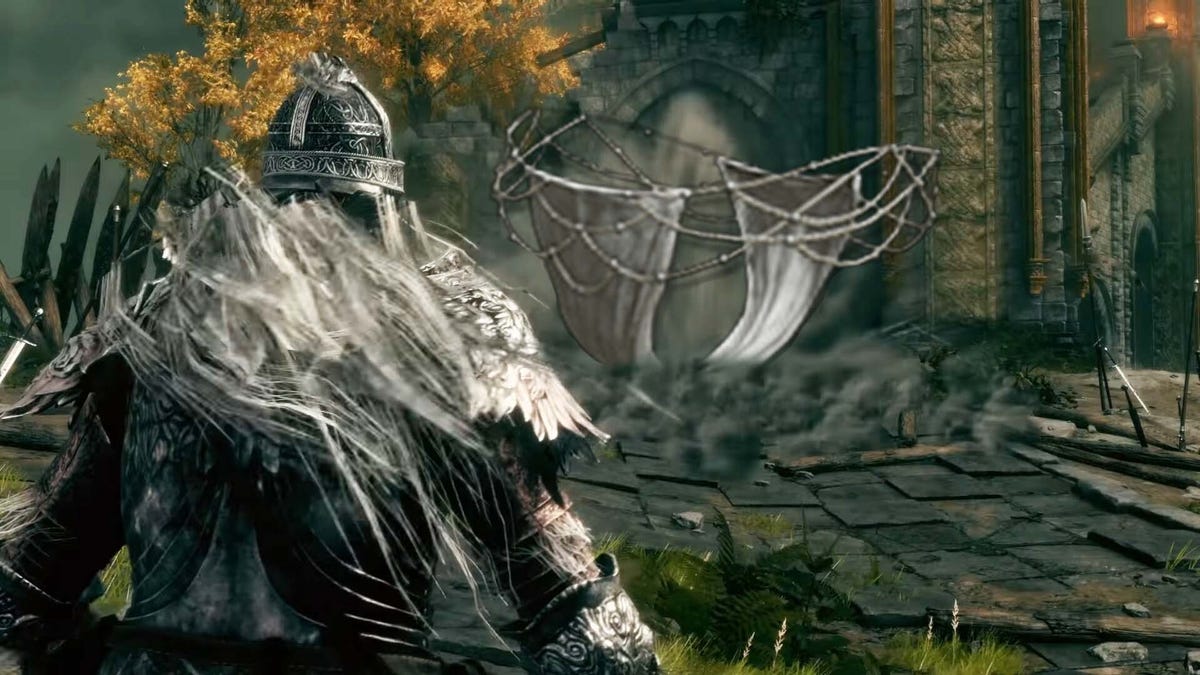 There are many dangers in Elden Ring. Walk through any field or turn any corner in the Lands Between and you’re sure to meet an unceremonious end. However, there seems to be something else for players to fear far more than even Radahn himself. That’s Fia’s underwear, the Deathbed Smalls, which is getting folks soft-banned from PC servers if they pick it up.

The Deathbed Smalls, a pair of skimpy black underwear, is a piece of leg armor that’s supposed to be part of the Deathbed armor set that NPC Fia wears. As with most armors, the majority of the Deathbed set is obtainable in-game—except for Fia’s underwear, which was removed for maybe being too risqué. That didn’t stop players from hacking the game to steal Fia’s panties for themselves.

Elden Ring’s online multiplayer anti-cheat system seems easy to bypass. It’s no secret that many players use the game’s online features to farm runes or to reverse-pickpocket players, but doing this can get you in trouble. That’s what’s happening to folks who stumbled upon and picked up Fia’s panties. According to these players’ claims on Reddit, they received softbans, which forces them to play offline or online with other cheaters for 180 days.

There’s even an apparent culprit, too: a player named “Pantsu Dealer” who’s invading worlds and dropping Fia’s Deathbed Smalls for unsuspecting players to pick up. If you see a free pair of panties lying around the Lands Between, don’t touch them! You don’t know where they’ve been. And it might be best to stay away from Fia while you’re at it.

As Reddit user Ok-Communication7125 wrote, their account was soft-banned after “acquiring [the deathbed smalls] item from a player in multiplayer.” They didn’t know Fia’s panties were “unobtainable” and have “deleted the item,” but it’s unclear if Bandai Namco will reinstate their account.

Ok-Communication7125 isn’t alone. The Elden Ring subreddit is littered with posts decrying softbans after picking up the cursed underwear. Folks who stuffed Fia’s panties in their pockets have received an in-game message from FromSoftware stating “unauthorized tampering with the game has been detected” and any further violation of the online service terms of use will result in a 180-day softban. Many said their accounts were banned and can no longer access the game’s online servers on PC, but there seem to be some unaffected players as well.