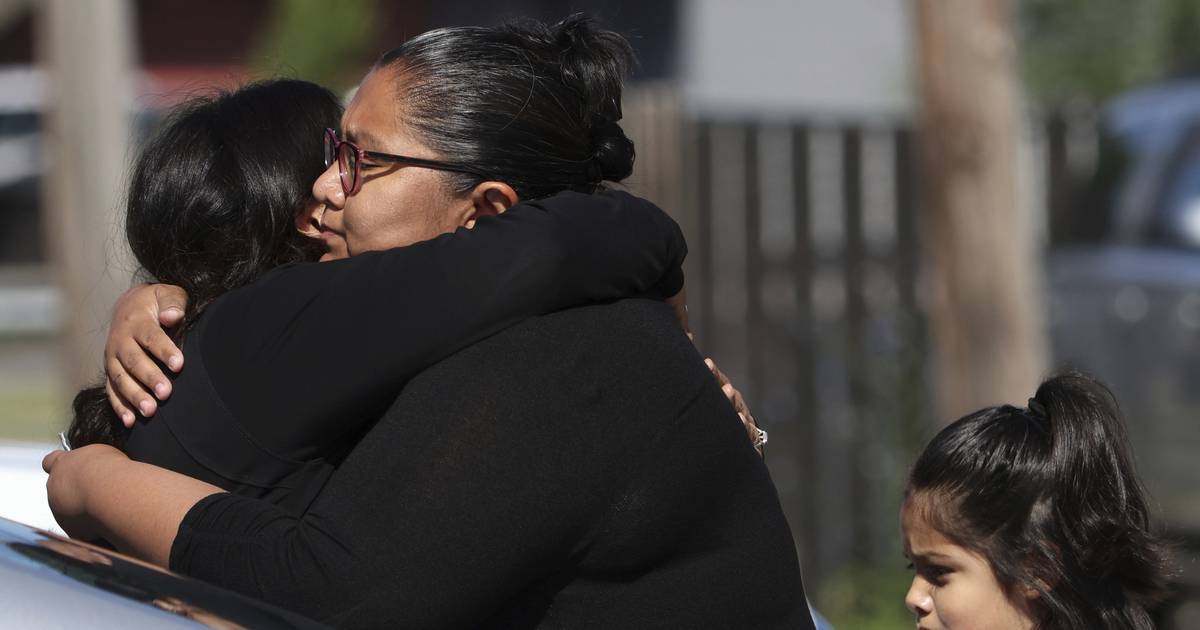 Mourning for the seven victims of Monday’s Highland Park mass shooting continued Saturday morning with the wake and funeral of 69-year-old Eduardo Uvaldo.

Uvaldo was one of seven people killed this week after Robert Crimo III allegedly opened fire at a Fourth of July parade in Highland Park, killing seven and leaving dozens injured.

Media wasn’t allowed into the chapel.

According to Jesse Palacios, Uvaldo’s brother’s brother-in-law, the chapel was decorated with pictures of Uvaldo surrounded by his family.

“He just loved the little kids. He was at a lot of the family parties and he was just a very happy man, and his wife, too,” Palacios remarked outside in a parking lot after the visitation period. “They just always had the family around them.”

Uvaldo’s nephew Julio Bedaurre also remembered him as a “happy man” and emphasized how hard the past week had been on Uvaldo’s wife of fifty years and other surviving family members.

Palacios lamented the gun violence that led to Uvaldo’s death.

“It’s totally senseless, 100% senseless … There’s these laws in place where young kids can buy an AR-15, but yet they can’t buy a pack of cigarettes or buy liquor, but they can buy an AR-15 which is more powerful than [what] our soldiers in Vietnam used?” Palacious said. “It’s just incomprehensible.”

Uvaldo was born in 1952 in Sabinas Hidalgo, Nuevo Leon, Mexico and moved to the United States at the age of 15. He met his wife Maria while visiting Mexico and the pair returned together. Uvaldo was a well-known bowling champion in his hometown and is remembered as a “jovial” family man. He would have celebrated his 70th birthday Friday.

Father Xamie Reyes from St. Anastasia Catholic Church in Waukegan and Father Tim O’Malley from Most Blessed Trinity Parish in Waukegan spoke at the funeral.

After the funeral, Uvaldo’s casket was transported in a hearse followed by several vehicles carrying loved ones for interment at Ascension Catholic Cemetery in Libertyville.

The funerals of two other Highland Park victims — Jacquelyn “Jacki” Sundheim, 63, and Steve Straus, 88, — were held yesterday. Other victims include Katherine Goldstein, 64, Irina McCarthy, 35, and her husband Kevin McCarthy, 37, all of Highland Park.

What to wear in Ireland in the Summer: Carry-on Packing List

Should mental health experts, not police, staff some 911 calls?