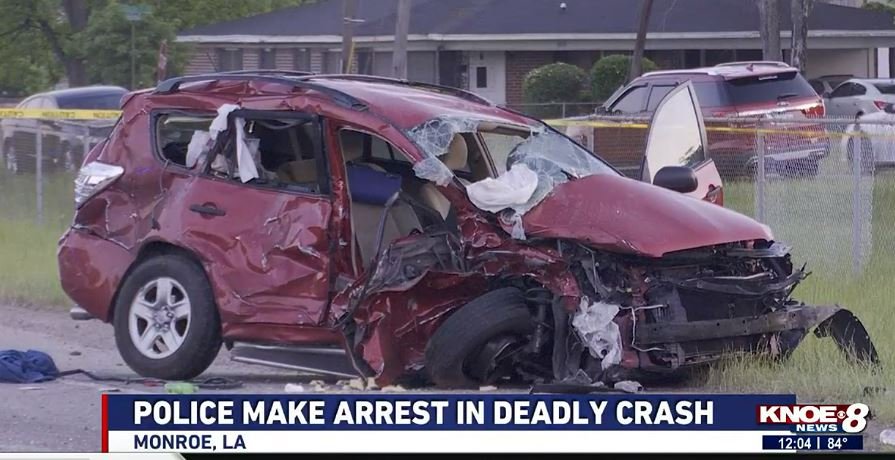 Candance Gill, the mother of a five-week-old baby was charged with manslaughter after she stole baby items and her baby and boyfriend died in a high-speed police chase.

KNOE reported that Gill and her boyfriend Edward Williams stole baby items from the store and ran after being confronted by store personnel.

Gill stole the baby items from Walmart. Mothers across the US are dealing with the daily stress of caring for their babies during the Biden years.

A five-week-old baby and a man were killed in a horrific crash after a mother led police on a high-speed chase after stealing baby products from a Louisiana Walmart.

Edward Williams, of Monroe, and a five-week-old baby died after Candance Gill, 38, led police on a chase that ended up in two crumpled cars shortly after 6pm on Monday.

Gill and Williams were reportedly confronted by security at a Walmart for stealing baby products. By the time police arrived to the scene, the couple had already fled in their vehicle.

Gill’s silver Chevrolet Camaro was spotted speeding down a highway by witnesses.

An ‘officer pursued and activated his lights and sirens, but the vehicle failed to stop,’ the police report, obtained by KNOE, said.

She reportedly drove on the shoulder of the road and ran several red lights shortly before crashing into another vehicle near Highway 165 and Renwick Street.

Gill fled the scene and was later found at an Otis Street residence. She was booked into Ouachita Correctional Center with a $271,950 bond.