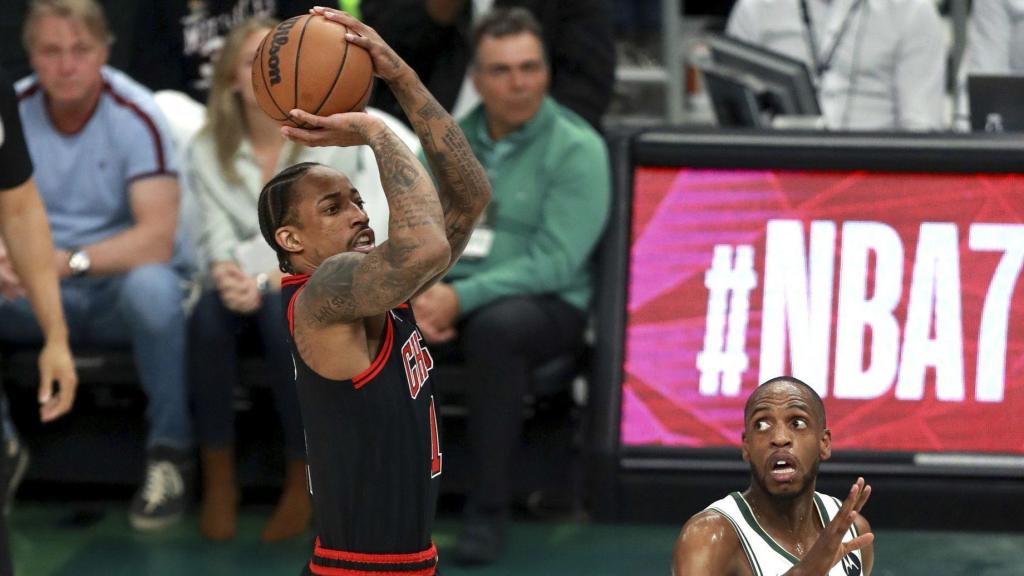 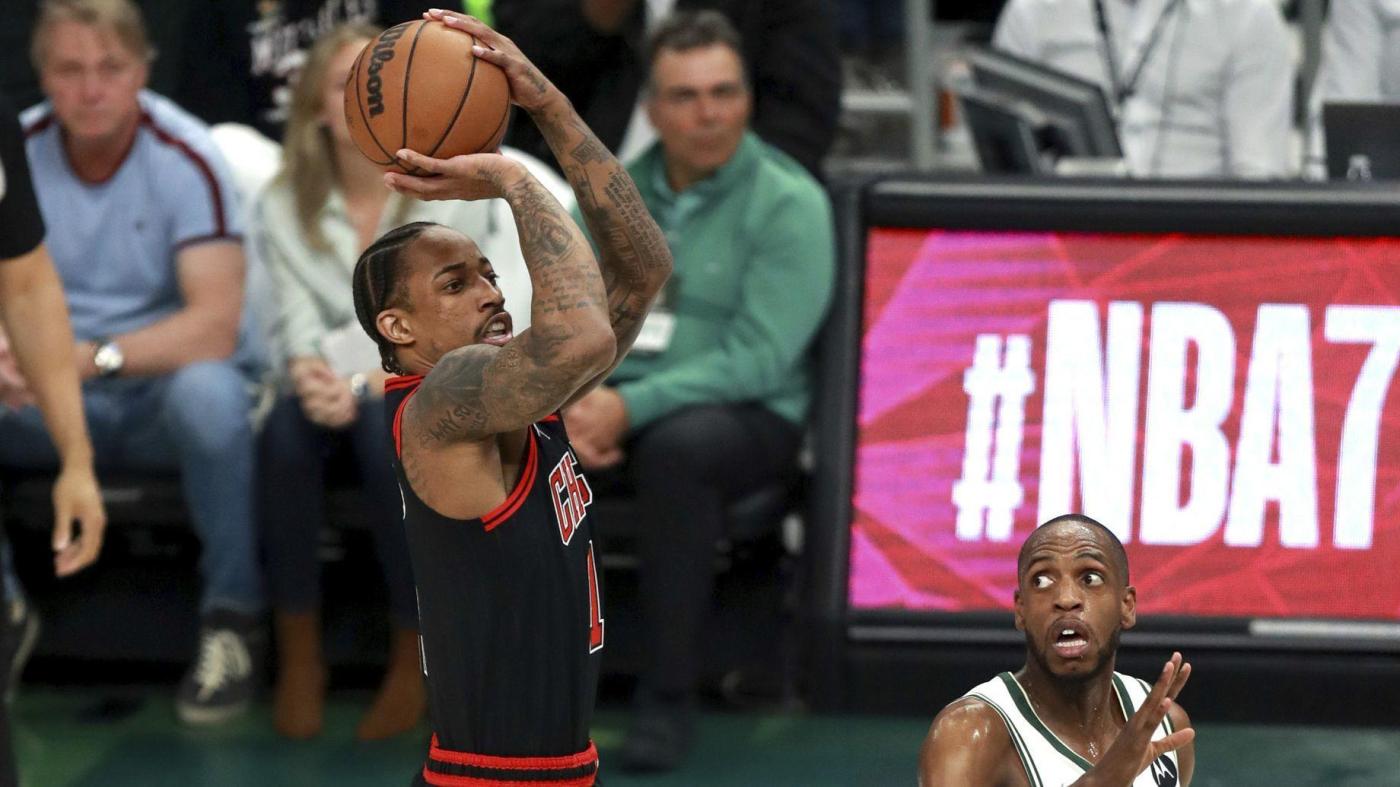 DeMar DeRozan is a man of his word. He proved that to Chicago Bulls fans Wednesday night, devouring the Milwaukee Bucks defense in the second half to cement a 114-110 win that evened the first-round playoff series at a game apiece.

The Bulls star didn’t disguise his frustration after Game 1, promising he wouldn’t repeat his 6-of-25 shooting performance. DeRozan spent Tuesday night on the Fiserv Forum court, putting up shots to regain the rhythm lacking in the opening loss.

In his trademark style, DeRozan delivered when it mattered. He went 6-for-9 in the third quarter to hold off a furious Bucks comeback, weaving and sidestepping through the midrange to match blows with Giannis Antetokounmpo.

And after the Bucks carved the lead to three points with 56.4 seconds to play, DeRozan was there to counter — charging the rim to score the clinching basket with 18.2 seconds left.

DeRozan finished with 41 points, his highest-scoring playoff performance to join a list of career highs recorded in his 13th NBA season. He led the Bulls to their first win of the season over the Bucks and their first win against Antetokounmpo since 2017.

“I never let a miss deter me from taking my next jump shot or being aggressive,” DeRozan said.

DeRozan wasn’t the only player with promises to keep. The Bulls offense underperformed at every position in Game 1. But Game 2 captured everything the Bulls promised they could be from the start of the season.

Their big three of DeRozan, Nikola Vučević (24) and Zach LaVine (20) combined for 85 points. Vučević knocked down four 3-pointers — including a clutch shot with 2:30 remaining, punching the air in a rare celebration. Alex Caruso whipped the ball precisely around the court, finishing with a playoff-best 10 assists before drawing a charge on Antetokounmpo to close the game.

After taking only three shots in Game 1, Patrick Williams vowed to ratchet up his aggression in the second playoff game of his young career. He stuck to that goal in Game 2, scoring 10 points on 5-for-9 shooting while recording nine rebounds, a steal and a block on Antetokounmpo.

Antetokounmpo finished one assist short of a triple-double with 33 points, 18 rebounds and nine assists, and Brook Lopez added 25 points for the Bucks.

The Bulls led by 18 points in the third quarter, but the Bucks surged to cut the deficit to three at multiple points of the second half. Coach Billy Donovan credited his team for bending but not breaking against the reigning champions.

“They have to understand that mentality,” Donovan said. “You have to deal with the fact that there’s going to be swings, and the communication was great.

“When they cut it down to six, in the huddle they were saying: ‘Hey, we’re going to make a run. Now it’s time for us to respond. We’ve got to respond right now.’ And we did. That’s what you’ve got to be able to do.”

The Bulls defense, meanwhile, continued to excel after holding the Bucks under 100 points in Game 1.

The Bucks turned the ball over on their first three plays, and the Bulls pounced on each mistake, leaping out to a 9-0 lead before the Bucks were forced to take a timeout. It was a satisfying role reversal for the Bulls, who dug themselves into an identical hole in the opening minutes of Game 1.

The early lead reflected an improvement from Game 1, in which the Bulls converted only five transition points despite forcing 21 turnovers.

“It’s pretty obvious — you don’t have a chance against these guys if you don’t play defense,” Caruso said.

The Bulls led by 14 at halftime, a margin that could have been even wider if Lopez and Wesley Matthews hadn’t combined for six 3-pointers in the first half.

The Bucks were short-handed in the loss after losing two key players to injury during the game.

Bobby Portis took an elbow to the face from Tristan Thompson in the first quarter, dripping blood from under his right eye before being sidelined for the rest of the game with an abrasion that impaired his vision. The injury lessened the size advantage the Bucks typically hold over the Bulls, limiting them to Antetokounmpo and Lopez in the paint.

Khris Middleton (18 points) — whose hot third-quarter shooting helped bring the Bucks back — exited the game in the fourth quarter with left knee soreness, limiting the Bucks around the perimeter.

Bucks coach Mike Budenholzer told reporters after the game that Middleton sprained his MCL. He will undergo MRI scans Thursday morning to determine if he can return to the series.

“You don’t want to see any guy get hurt, especially this time of year,” Vučević said. “Everybody wants to play and compete and be part of the team. I honestly hope he’s not injured and he can play because we want everybody to play and really compete.”

The Bulls return to Chicago to host the Bucks in Game 3 on Friday — the first playoff game at the United Center in five seasons.