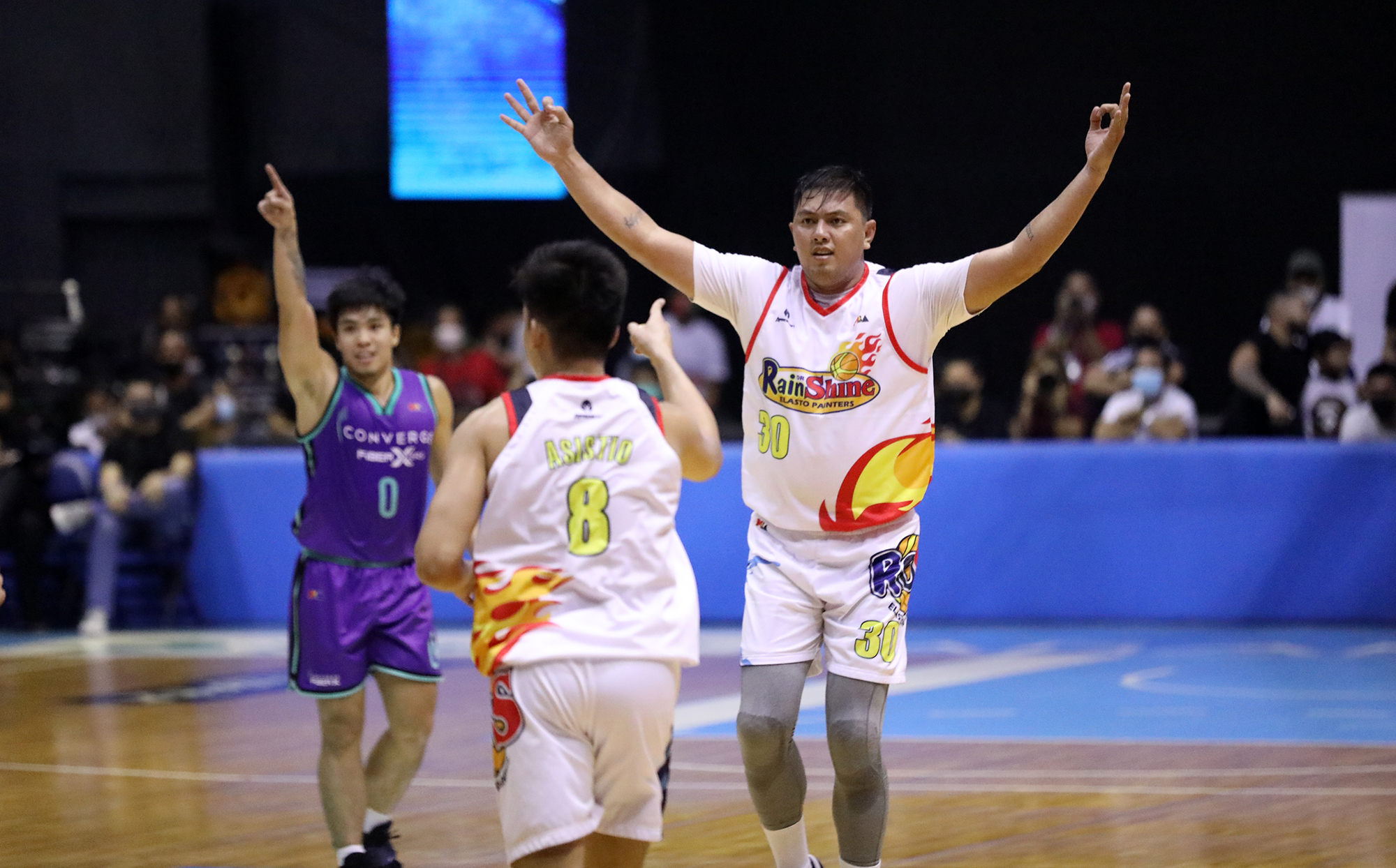 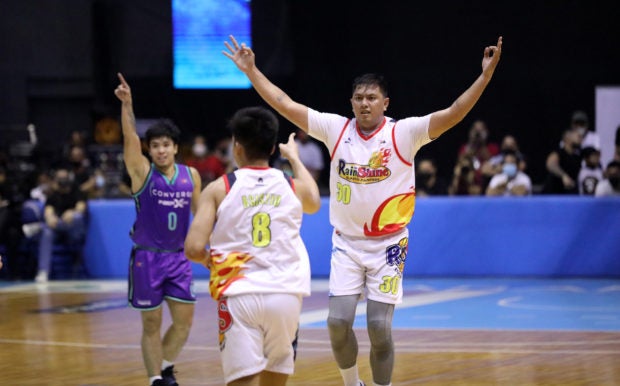 Playing a plucky enemy raring to announce its arrival in style, Rain or Shine pulled out all the necessary stops to carve out a 79-77 victory over Converge on Sunday, officially kicking off the Philippine Basketball Association’s 47th season.

The Painters, tentative for most of the contest, got going in the payoff frame and then turned to their famed defense to deny the league newcomer FiberXers a triumphant debut at Smart Araneta Coliseum in Cubao, Quezon City.

“The way we ended the last conference, not even making the playoffs, it was extremely important for us to come out [with a win],” said Rain or Shine coach Chris Gavina. “We were able to seal this tough, gritty win.”

“I give a lot of credit to my guys, from Beau [Belga] to Norbert [Torres] to Santi [Santillan]. They really had that man-up mentality. These guys took responsibility for coming up with a big first win to open the season,” he went on.

Belga hit the go-ahead triple with 13.4 ticks remaining, and then Santillan and Rey Nambatac helped in a crucial stop with four ticks left that sealed the deal for the Painters.

Jeron Teng had 23 points while Alec Stockton had 13 for the FiberXers. RK Ilagan chipped in 10 more off the bench.

“That young group he has over there was resilient tonight,” Gavina said of Jeff Cariaso’s team, which Converge bought when Alaska disbanded after 36 glorious years that included a Grand Slam in 1996.

Rain or Shine, which is still missing rugged forward Javee Mocon, whose contract negotiations are at a standstill, looks to get a streak going when it plays NorthPort at Ynares Center in Antipolo City this Thursday.

Converge, meanwhile, takes on Philippine Cup finalist Magnolia next. The two clubs battle this Friday also at the hilltop arena.

The Painters stared at a couple of seven-point deficits past the halfway mark of the fourth period and looked doomed before their defense worked and Belga drained that triple.

Though the FiberXers lost, they didn’t play like newcomers at all as they pushed such an established team like Rain or Shine to the limit.

“Their guys came up with some outstanding plays and I give a lot of credit to my guys,” added Gavina.

Meanwhile, defending champion TNT and last year’s losing finalist Magnolia were still playing at press time, with the Tropang Giga getting their campaign off without Rookie of the Year Mikey Williams, who also hasn’t signed a new deal. INQ