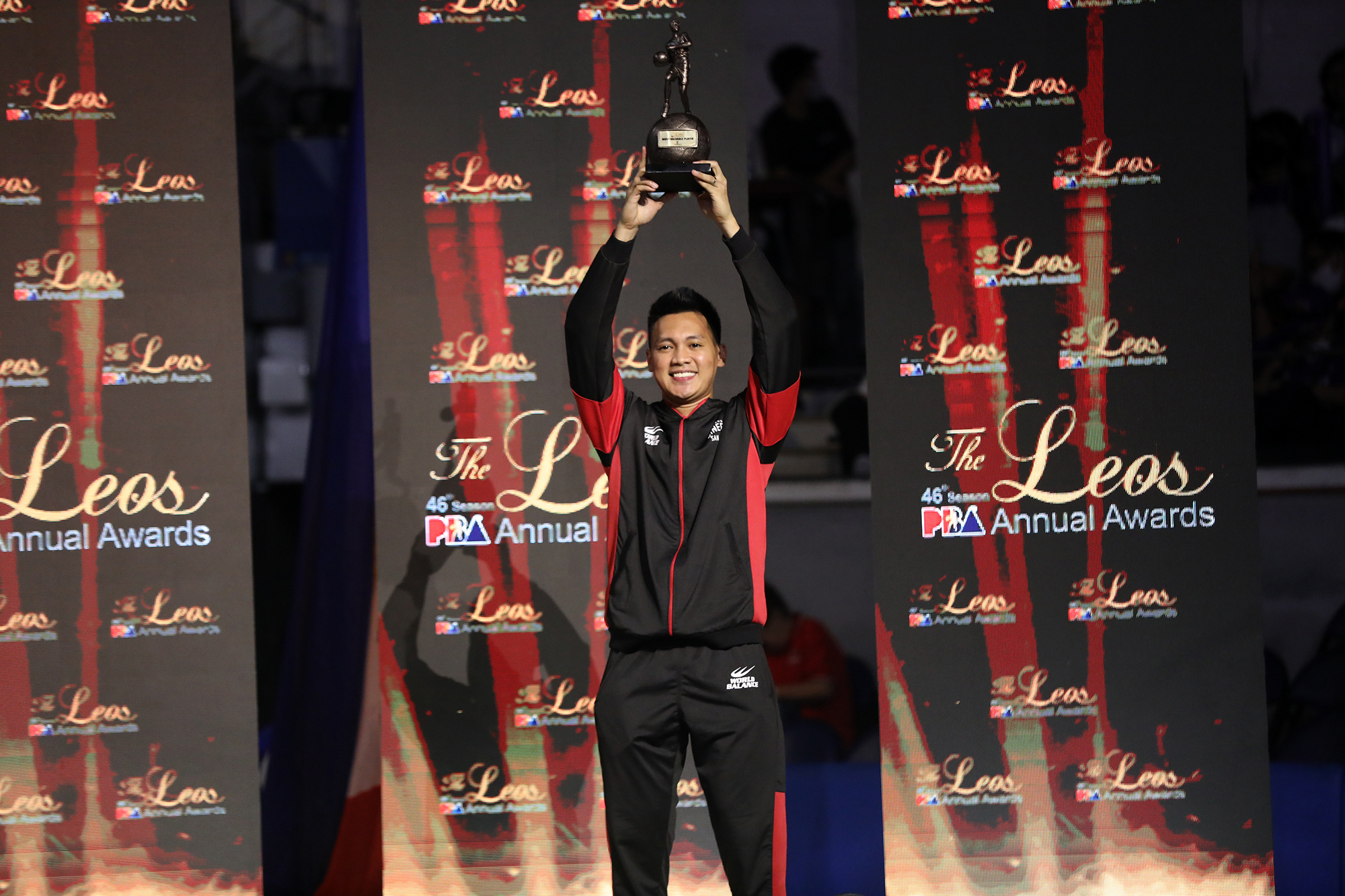 MANILA, Philippines-Barangay Ginebra’s Scottie Thompson was crowned the Philippine Basketball Association’s finest cager of the 46th season on Sunday, adding yet another feather to an already impressive cap.

The indefatigable playmaker was named the league Most Valuable Player during the PBA Season 46 Leo Awards at Smart Araneta Coliseum in Cubao, Quezon City, edging out TNT’s Mikey Williams, Magnolia’s Calvin Abueva, and NorthPort’s Robert Bolick, and becoming the first recipient of the award after San Miguel Beer cornerstone June Mar Fajardo won it for a record six-straight seasons.

Thompson, also the Best Player of the Conference and the Finals MVP of last season’s Governors’ Cup, averaged 13.0 points, 9.0 rebounds, 5.4 assists, and 1.2 steals throughout the two conferences of the 2021-2022 season.

“I still can’t believe it. I just want to thank Lord God for giving me this,” said Thompson, the fourth Gin King to win the plum after Eric Menk, Jayjay Helterbrand and the newly-retired Mark Caguioa, in Filipino.

Meanwhile, TNT’s spitfire guard Williams was named the Rookie of the Year.

Thompson garnered the most votes from the PBA’s players, the press, and the league for a total of 2,836 points.