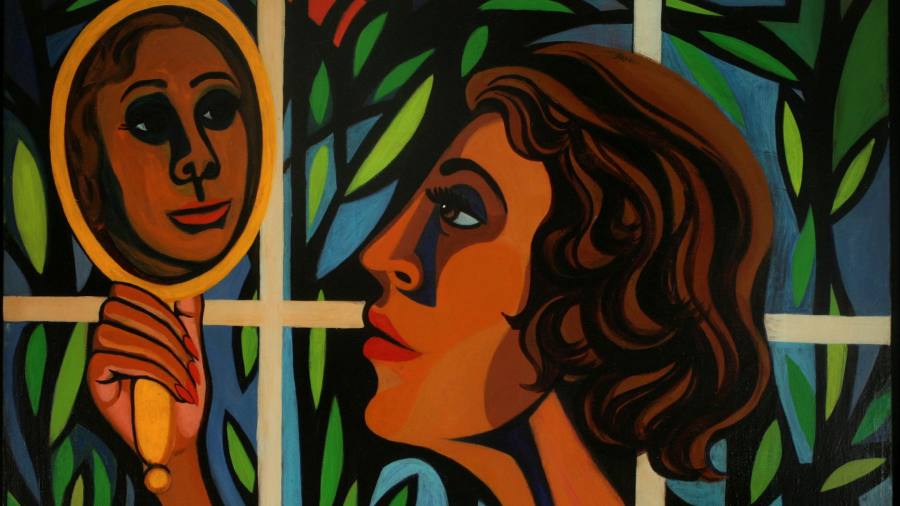 Decisions. We make so many in our lives. From the moment we wake up to the moment we go to bed, our days are filled with opportunities to make decisions. Some are grand in scope, determining the sort of life we will pursue in different seasons; we choose this particular job, to start or end that particular relationship.

Some decisions that appear minor, like not speaking up in a meeting or choosing to delete a text in progress, are made in the span of seconds, on impulse or intuition, or based simply on raw emotions. Some decisions are almost habitual, reflecting something about who we are: the decision to ask for what we want, or to speak up about what we don’t want, to choose to apologise, or choose not to apologise.

But regardless of which of these types of decisions we’re trying to make, whether we’ve made the right choice, or what our decisions ultimately mean, is rarely apparent at the time.

In the 16th-century painting “The Choice of Hercules”, Italian artist Annibale Carracci depicts one version of the famous classical Greek parable in which the young hero is visited by female personifications of both Vice and Virtue. The story was a popular motif in art for centuries. In the painting, he sits naked on a rock between a fully clad Virtue standing at the left of the canvas and a scantily clad Vice standing to the right. Virtue points up a steep, desolate climb towards a challenging but rewarding life. Vice, in her sheer and enticing dress, points downwards to a pleasurable life within easy reach. But Hercules sits, oddly leaning his strong body on his staff for support, with a worried, almost fearful look on his face, his gaze not engaging either of them. One foot is planted solidly on a rock surface in front of him, on the side of Virtue, and the other leg is half stretched out towards the ground on the side of Vice. It is as though the pressure is too much, and he might get up and leave at any moment.

I’m taken by this painting because although I’m of full human stock, I think there are ways we can all relate to the predicament of this demigod when it comes to having to make a decision. Our choices may not be stark contrasts between lives of virtue or vice but the bigger decisions in life do make us consider what might be the less challenging option; what might bring the least discomfort or disruption to our lives.

And yet, those choices, though not necessarily vices, are still not always the ones best for us. In fact, from my experience, they rarely are. If it’s a rich and rewarding life we are after, this seems unlikely to grow from decisions that immediately lead to ease and comfort. Eventually, perhaps, but rarely at the outset.

Maybe because so much of our growth and the richness of our experiences come with the challenges of drawing on courage, working at loving well, taking the risk of faith in uncertain outcomes, and stretching ourselves beyond our comfort zones — because often meaningful, transformative relationships and substantive deeply lived life seem to require that of us.

Still, like Hercules, having to make certain decisions can expose us naked in our vulnerabilities and can even leave us sitting in temporary paralysis. Sometimes we focus more on what we might lose instead of what we might gain by acting boldly. As Hercules’s face suggests, those decisions are not made without our unique fears and worries.

But even the decision to take a particular path in life must be made many times. When we choose, as Hercules eventually will, to try to live our lives a certain way, we will still face many ongoing and small choices within the grander ones. Those smaller decisions, often made with less contemplative introspection, can still be momentous in their own right. All our decisions are made within an already existing web of circumstances, and we can never tell exactly where any one decision will take us.

I love the quiet, dimly lit painting “Fleeting Moment”, by contemporary South African artist Sasha Hartslief. She employs deft brushstrokes in muted tones to create atmospheres where light and shadow play off one another, tenderly capturing moments plucked from daily life. Moments that remind us of the inherent complexity of living with ourselves. Her characters are rarely aware of a viewer, immersed in their own worlds, but worlds any of us might easily slip into — because they feel like fragments from the simple but layered business of being human.

In “Fleeting Moment”, a slim, solitary woman stands in a pocket of a softly lit room with her back to us. Everything is painted in soft hues of brown, yellow and green. The woman’s hands are on her waist and her head is slightly bent. Her posture suggests a certain disquiet. Pausing to stand in the middle of the room reveals she’s lost in thought about something. Whatever it is, it is likely to require a decision from her on what to say or do next.

This made me think about those decisions we make in a quiet or fleeting moment that may seem small but are either already part of, or end up becoming the start of, much bigger narratives we weave ourselves into. I sometimes think that a decision is rarely the start of something; we are usually in the middle of things.

Our seemingly small decisions can lead us towards divergent paths of our journey that we never anticipated because they are caught up in other narratives — our own and those of other people. We usually see this in hindsight. But it helps to remind ourselves that no decision, however big or small, is made in a vacuum. It’s a reminder that helps me consider some of my seemingly smaller decisions with more thought about who besides myself might be affected, and how.

It helps to remind ourselves that no decision, however big or small, is made in a vacuum

Our decisions are not just about outcomes. In some way they are also about formation. The celebrated American artist Faith Ringgold has been making work for more than 50 years centred on storytelling and the sociopolitical nature of identity, race and feminism. One of my favourite pieces by her is “American People Series #16: Woman Looking in a Mirror” (1966). Though it is contextualised within a larger narrative on race, womanhood and identity in America, I consider this powerful piece for a reflection on decision-making because decision-making is also about self-reflection, and coming to terms with who we are, how we perceive ourselves and who we might want to be.

Ringgold paints a lush verdant background of foliage. Things are growing and flourishing. A black woman stares at herself in a hand mirror she’s holding up to her face, ruminating on her reflection. But what we see in the mirror doesn’t match the woman’s face. The reflection appears at peace, smiling even. But she in profile looks unsettled, as though she’s still trying to figure out who exactly she is or might be.

We gaze into mirrors to see who we are now, who we’ve become. But there’s a reflective gazing that’s also about determining who we might yet be, and what it would take to live into that evolving or future self. That, in turn, speaks to some aspect of our value system — who we want to be in the world and why. Whether we are always cognisant of it or not, I imagine that a significant part of our decision-making is based on that, on what we value or perhaps even what we hope to value.

I wonder what would change if each time we considered a decision, we thought not so much about what we wanted, but rather about the kind of person we wanted to be. A decision made for the benefit of our future self. Or, rather, our becoming self. The person we’re actively working on being. Yet, I suspect, that might require having made a decision about what kind of person we truly desired to be, and who that evolving person actually is.

Ultimately, whatever advice or consultations we might seek and receive in our times of decision-making, no one else can make a final decision for us. In some way we all end up making decisions on our own. But the process of doing so is often where I think we learn the most about ourselves.

The truckers who keep our world moving

On the road across Europe, Horatio Clare battles bureaucracy, bad drivers and zealous police to deliver cargo to Ukraine

SMart, emotional: what science tells us about pigs