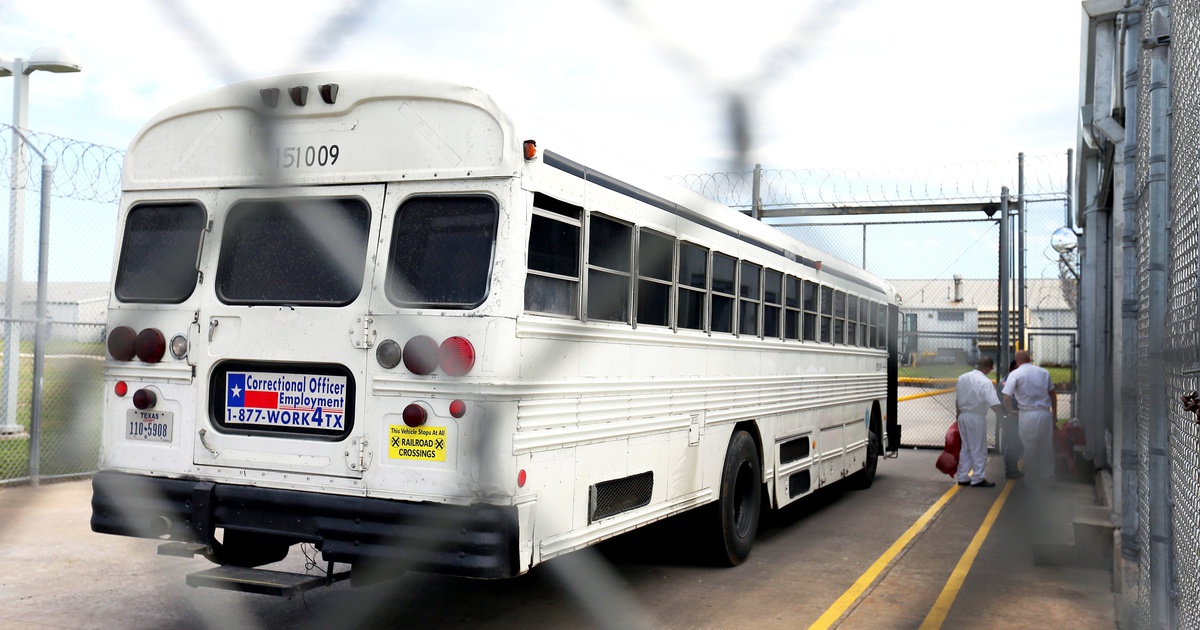 It’s been four days since a convicted murderer being transported on a Texas prison bus was able to remove his handcuffs, cut through a metal door to an armed driver, temporarily take control of the vehicle and flee on foot, according to prison officials.

Since then, prison officers, state troopers and local law enforcement have swarmed Leon County in Central Texas, using horses, dogs, and helicopters equipped with thermal imaging to search for 46-year-old Gonzalo Lopez, a prison spokesperson said. But so far, officials have come up empty.

The unusual escape and extended manhunt have prompted state and federal officials to offer a $50,000 reward for information leading to Lopez’s capture, with the lion’s share coming from the Texas Department of Public Safety. Lopez is serving two life sentences for capital murder and attempted capital murder out of Hidalgo and Webb counties.

“We will not rest until Lopez is caught,” Bryan Collier, executive director of the Texas Department of Criminal Justice, said in a statement Saturday.

Lopez was sentenced to life in prison in 2006, after he was convicted of capital murder in the 2005 death of José Guadalupe Ramirez. According to court records, Lopez confessed to police that he killed the man on an order from a Mexican drug cartel. Lopez was later given another life sentence for attempted capital murder during a 2004 car chase in Webb County. A court ruling said Lopez was the passenger in a car when the driver fled during an attempted traffic stop. Law enforcement officers said they were shot at from the driver’s side of the vehicle.

On Thursday afternoon, Lopez was aboard a bus with 15 other prisoners and two veteran prison officers. He was headed from the Hughes Unit in Gatesville, where he is housed, to Huntsville for a medical appointment, according to TDCJ spokesperson Robert Hurst.

On the bus, the prisoners were handcuffed and separated by metal caging from the armed driver and a second officer in the rear of the bus carrying a shotgun. Hurst said such a setup is typical for prisoner transports.

Somehow, however, Lopez managed to get out of his handcuffs. And without being detected by either guard, the prisoner used a sharp object to cut through the metal door separating the prisoners from the driver and crawled into the driver’s section, Hurst said. A fight ensued, and Lopez stabbed the driver in the hand and chest with the unknown object.

The driver was able to stop the bus, and the fight between the two men quickly moved outside, Hurst said. Lopez got back into the bus, seemingly at about the time the officer in the rear leapt out the back after realizing there was a fight. With no officer on board, Lopez drove off.

The officer armed with a shotgun quickly shot out the rear tires, however, so after about a mile, Lopez lost control and the bus veered into a culvert on the side of the road. Lopez fled on foot through a cow pasture, Hurst said. The two officers caught up and fired at him with their sidearms and the shotgun, though Hurst said it didn’t appear Lopez was hit.

That was the last any official has seen of Lopez.

Hurst couldn’t explain how Lopez managed to get out of his handcuffs, or have the time to cut through metal in the bus and crawl into the driver’s section undetected.

But beyond Lopez’s remarkable escape is his continued absence, despite a quickly implemented search and the numerous police agencies on the hunt.

“We immediately went into emergency mode with an escaped inmate on the ground,” Hurst said, noting that TDCJ personnel rapidly set up a perimeter with the help of the Leon County Sheriff’s Office and a local police officer.

On Friday, DPS put Lopez on the state’s Most Wanted list, offering a reward for $7,500. The next day, the state police agency raised the amount to $35,000, with the U.S. Marshals Service and the Texas prisons investigative branch offering another $10,000 and $5,000, respectively, TDCJ reported.