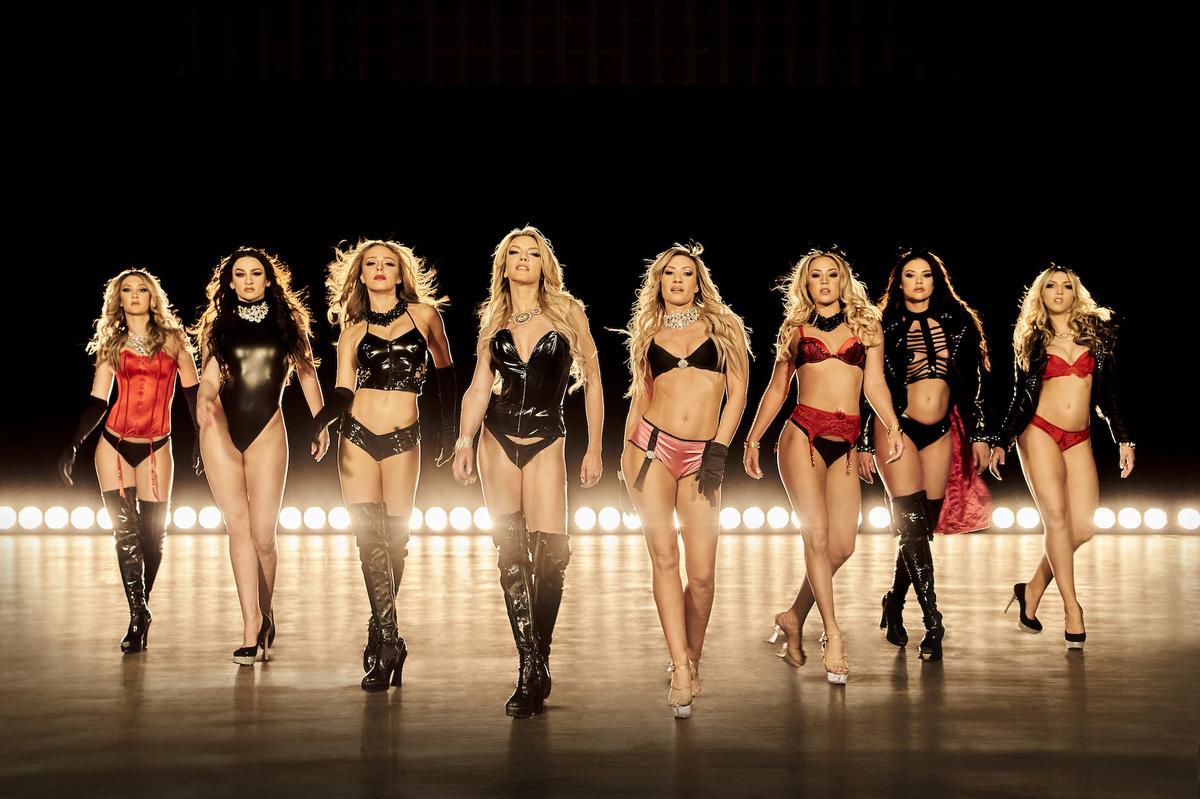 “X Burlesque” is better than ever after 20 years of performances on the Strip.

I was there Monday night, front and center in the intimate cabaret space at the Flamingo as “X Burlesque” celebrated 20 years on the Las Vegas Strip, an incredible milestone for any production show. Host and comedian Nancy Ryan set the tone, welcoming everyone before introducing the resilient family behind the show and sister production “X Country” at Harrah’s: Husband and wife producers/directors Matt and Angela Stabile, their daughter and co-producer Tiffany Mondell, and co-producer, choreographer and longtime family friend Anthony Cardella. Then, Caesars Entertainment President of Entertainment Jason Gastwirth stepped to the mic to congratulate the entire cast and crew, and Clark County Commissioner Tick Segerblom joined in to present the Stabiles with the Key to the Strip. Dozens of Strip entertainers turned out to celebrate the anniversary with a pre-show party at Bugsy & Meyer’s Steakhouse — a favorite dinner spot of the Stabiles — and stayed on to catch the supercharged, super-sexy show, cheering the girls at every opportunity. It was a great night for an important piece of the Strip entertainment landscape, definitely one of the all-time great Vegas revues.

“Absinthe” celebrated its 11th anniversary at Caesars Palace on April 13 with a big post-show party featuring loads of cast members, a DJ set by Crykit, a cake from Freed’s Bakery and the questionable merchandising decision made by Wanda Widdles, who was selling bathwater used by sexy star David O’Mer in his aquatic act for $100 a bottle. Essentially, typical Spiegelworld hijinks ensued. “The reason we are still here after 11 years is because of the love and dedication of everyone who works on the show,” producer Ross Mollison said in a statement, “who keep it constantly evolving and delighting Las Vegas audiences. We can’t thank everyone enough as we continue to break records year after year.”

One more anniversary: “Magic Mike Live” is celebrating five years in Las Vegas this week, having performed for more than 500,000 guests at the former Hard Rock Hotel and its current home at Sahara Las Vegas since debuting in 2017. Executive producer Vincent Marini told me last week that the Vegas show, co-created by the star of the “Magic Mike” films Channing Tatum, deserves all the credit in the world for launching a greater stage show franchise, since productions blossomed in London, Berlin and Australia after setting the tone in Sin City. And the onstage success has sparked the recent HBO Max series “Finding Magic Mike” (which is expected to film a second season) as well as development for a third film, to be directed by Steven Soderbergh. “I know it inspired a lot of their [the filmmakers’] thinking of how to structure it,” Marini said. “They’re shooting the film now in the U.K., and from everything I hear, it’s going to be tons of fun.” Since opening in its brand-new, custom theater at Sahara in August, it’s been full-speed ahead for innovative, dance-based production that has refused the quick categorization of male revue. “I think the show is having a moment right now because there have been a lot of people coming in to see it that I think may not have come to see it otherwise,” Marini said. “There’s a better understanding of what the message of the show is, and it’s rare to find something that much fun that’s also powerful and empowering, but doesn’t smack you over the head with it.”

As reported earlier this week in the Sun, Westgate Las Vegas was promising another musical mini-residency for the International Theater, and it was announced on Tuesday: Kool & The Gang will return for six shows in 2022 and 2023. The funk group will play October 8-9, February 10-11 and May 5-6, with tickets on sale April 22 via Ticketmaster.

More concerts and entertainment events announced this week include: Peter White will play guitar at Chrome Showroom at Santa Fe Station on June 18; Comedy force Jimmy O. Yang will make his Aces of Comedy debut at the Mirage Theatre on July 8-9; Journey will return to Las Vegas with a four-night engagement at Resorts World Theatre backed by a symphony orchestra on July 15, 16, 22 and 23; The Live To Rock Tour will bring Skid Row, Warrant, Winger and Quiet Riot to the Sunset Station Amphitheater on July 23; Anthrax and Black Label Society bring their co-headlining tour to Brooklyn Bowl on July 28; Daddy Yankee has added a second, earlier concert to his La Ultima Vuelta tour agenda, set for August 6 at T-Mobile Arena; Los Ángeles Azules will visit Michelob Ultra Arena for a concert tour stop on September 17; The Midnight will perform at Brooklyn Bowl on September 21; And Mac DeMarco will play the Westgate International Theater on November 27.

A slew of Las Vegas entertainers will be part of next week’s NFL Draft festivities at the Red Carpet setup at Bellagio and the Draft Theater behind the Linq, starting on April 28. Among them are “America’s Got Talent Live” musician Kodi Lee, Linq headlining magician Mat Franco, Allegiant Stadium big band David Perrico & The Raiders House Band, various artists from “Absinthe” and the upcoming “Mad Apple,” and dance crew the Jabbawockeez. And the Las Vegas Academy of the Arts Singers will perform from the Red Carpet Stage on the Bellagio’s lake.

“AGT” season 14 semifinalist comedian Ryan Niemiller popped in to guest star in “America’s Got Talent Live” at Luxor Theater April 14-15 and will be back onstage this week as well, April 20-24. Niemiller was also a semifinalist on season two of “AGT Champions,” and is taking a brief break from his own standup tour to participate in the Vegas version of the hit competition show.

Prince tribute show “Purple Reign” is celebrating the life and legacy of its inspiration with a special offer to commemorate the anniversary of Prince’s death (April 21) and birth (June 7). A buy one-get one ticket offer runs from April 21 through June 30, available with in-person purchase at the box office at the Tropicana with the code PRINCEBOGO. “Purple Reign” is performed at the Trop’s theater Wednesday through Monday at 9:30 p.m.