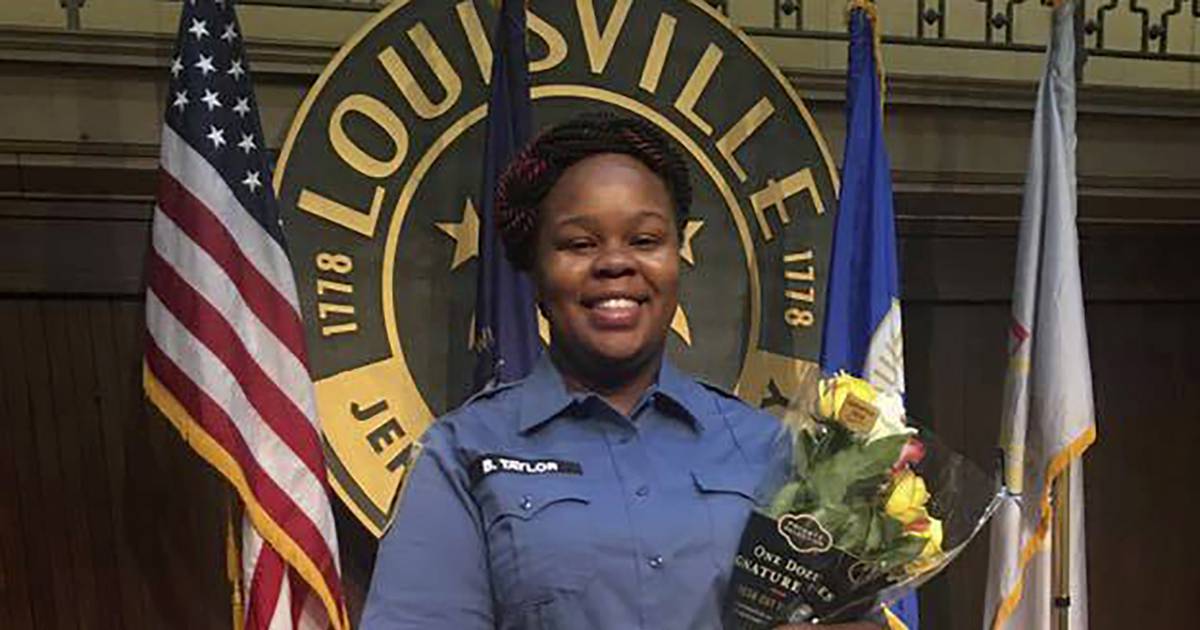 A Louisville police officer who helped concoct the warrant that led to the deadly raid on Breonna Taylor’s apartment plans to plead guilty to federal charges.

Kelly Goodlett, 35, was one of four officers charged in the case last week. The other three have pleaded not guilty.

The feds said Goodlett falsely claimed Taylor was accepting packages for her ex-boyfriend, a convicted drug dealer, at the address, the Louisville Courier Journal reported. She did not know if Taylor and her new boyfriend, Kenneth Walker, were doing that. A post office worker said the claim was bogus.

Additionally, after reports about the trumped-up warrant surfaced, the feds said Goodlett conspired with fellow officer Joshua Jaynes to cover up their actions, according to the Washington Post.

Jaynes, along with Sgt. Kyle Meany and ex-Det. Brett Hankison, were also charged by the feds. They face more serious accusations and could face life sentences if convicted.

Goodlett is expected to plead guilty to one count of conspiring to violate Taylor’s civil rights, which carries a maximum five-year sentence. Her next hearing is scheduled for Aug. 22.

Hankison, Myles Cosgrove and John Mattingly were the three officers who opened fire on the night of March 13, 2020. Kentucky Attorney General Daniel Cameron has argued that the officers feared for their lives because Walker fired a single bullet when they entered the apartment. Walker has said he didn’t know they were police officers. The cops returned a hail of gunfire that killed Taylor.

Cosgrove and Mattingly’s shots hit Taylor. Hankison’s shots missed, and though he faced state charges for reckless and endangerment, he was acquitted. No one has served any jail time in the case.

Jaynes and Hankison are no longer Louisville cops. After the charges were announced, the Louisville Metro Police Department said it planned to fire Meany and Goodlett. Goodlett quickly resigned.

“The federal government had the guts to do what Daniel Cameron did not,” said Lonita Baker, one of the Taylor family’s attorneys, after the charges were announced. “The malfeasance that the Kentucky Attorney General’s office showed in this case shows that his political career needs to end now.”

The Justice Department is also conducting a larger “pattern and practice” investigation of the Louisville Metro Police Department.