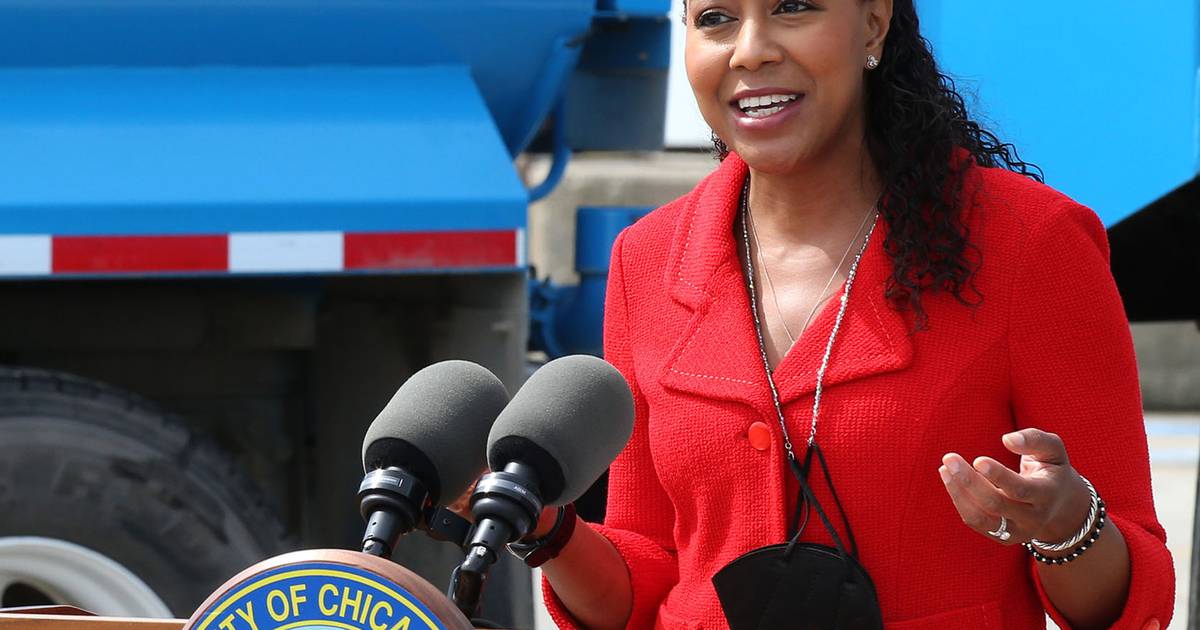 Cook County assessor candidate Kari Steele said Thursday she disavows antisemitic comments made on a radio talk show hosted by her husband — who has often promoted her political campaign — but rejected the notion she should be held accountable for the views.

Steele, who is running against incumbent Fritz Kaegi in the June 28 Democratic primary, said during a meeting with the Chicago Tribune Editorial Board that she felt the need to speak with her husband following the release on social media this week of a letter from Jewish state lawmakers condemning the rhetoric. But she also implied the uproar unfairly conflated Black voices.

“We had to have a conversation about it after I saw the Facebook post last night and he already has a meeting with the Jewish community to talk about our communities working together,” Steele said. “It’s interesting that this is being put out there because he is a provocative radio show host personality that talks about Black issues on a Black radio station. And, you know, callers call in and they say what they have to say and I don’t feel I should have to wear the jacket for their comments. … I do not feel I should be tied to anyone’s comments.”

She then turned the questions onto Kaegi, saying he was trying to use the questions being raised about her husband to muddy her up.

“I will say that, as you are disturbed about the comments that someone else has made, I’m disturbed that you feel a woman should have to wear the comments of their husband because you are running against me, Kari Steele not against Maze Jackson,” Steele said. “So I think your campaign constantly bringing up Maze Jackson is a deflection to the broken promises that you have given the community.”

Responding, Kaegi noted many of the comments made on the radio programs occurred weeks or months ago.

“This did not appear yesterday. These things were said long ago,” he said, adding that Jackson is “out there at all these political events on your behalf.”

“That kind of hatred has no place in our political discourse, … and only now when you’re running the office, do you say something about it?” he asked.

The letter, signed by 11 Jewish lawmakers, noted that during call-in segments on Jackson’s shows “vicious, irrational rants filled with accusations against Jews” are made, “none of which (Jackson) squelches, challenges, disputes or even interrupts.”

“Commissioner Steele, as an elected public official, we urge you to live up to your obligation to publicly repudiate the hate-filled rants and accusations leveled by your spouse and top campaign surrogate on the airwaves,” the letter reads. “We ask that you reject Mr. Jackson’s hateful behavior, and set an example of standing up for all those attacked for race, religion or gender.”

During the editorial board session, Steele said, “I 100% reject any rhetoric on the talk show, and I apologize to the Jewish community,” but she did not answer a question about whether Jackson should still be promoting her campaign.

Kaegi has previously criticized Steele. Late last month, the assessor said Jackson’s work lobbying for real estate developments presents a “troubling” conflict of interest — criticism that Jackson found to be “crossing the line” into implying women cannot have separate careers from their partners.

In a Thursday statement to the Tribune, Jackson wrote, “I take full responsibility for the words I have said and that were said by others on my show, I recognize that they were wrong, and I sincerely apologize for the pain they have caused the Jewish community.”

Following the release of the letter from the lawmakers, Kaegi was endorsed by U.S. Rep. Jan Schakowsky, an Evanston Democrat whose district has a large Jewish constituency. Her statement of support did not address the flap over Jackson’s radio show but touted what she said was “his focus on making sure wealthy interests pay their fair share.”