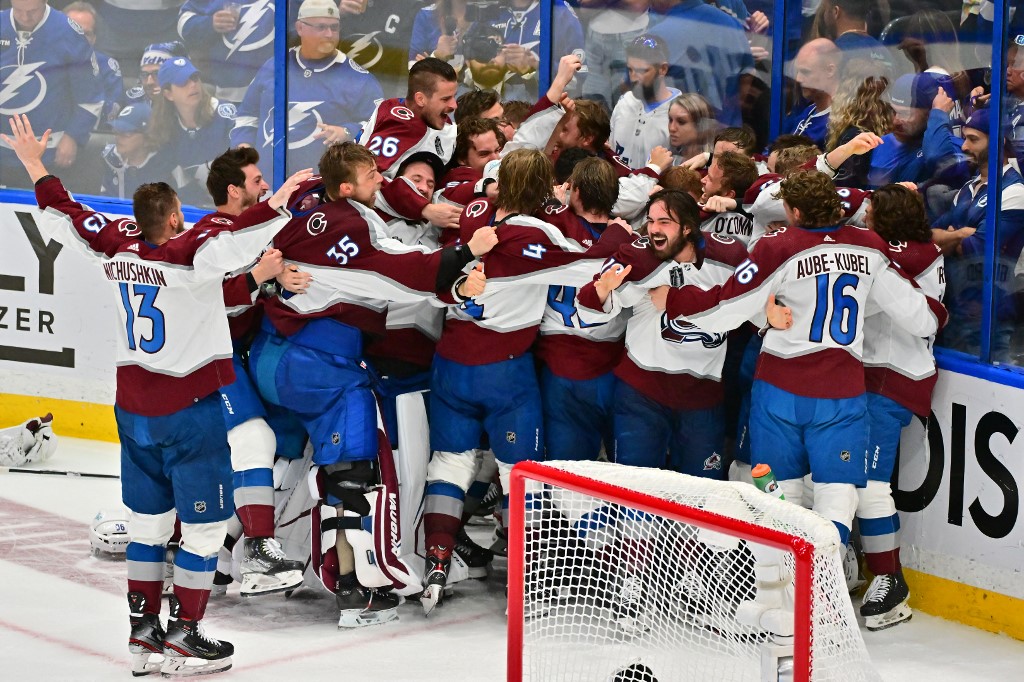 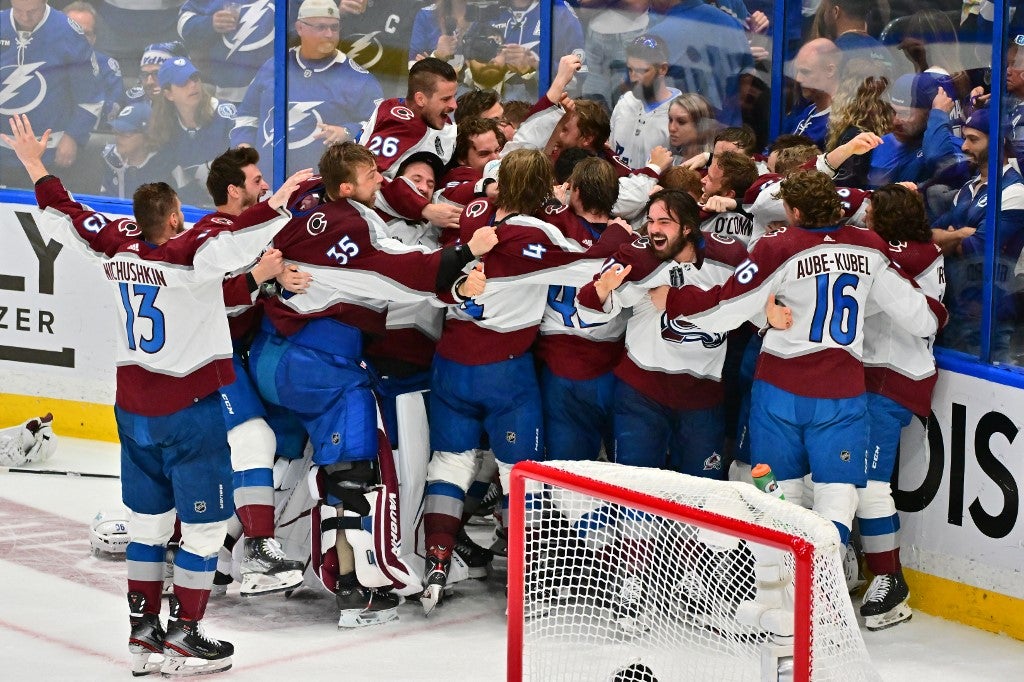 The Colorado Avalanche won their first Stanley Cup Final in 21 years on Sunday when Nathan MacKinnon scored one goal and set up another to spark a 2-1 victory over Tampa Bay.

“It feels like disbelief,” MacKinnon said. “It’s hard to describe. To see all these warriors battle, it’s unbelievable. Words can’t describe what I feel right now.”

With the emotional road triumph, the Avalanche denied the Lightning a third consecutive title and fourth overall.

Colorado defenseman Cale Makar was named the winner of the Conn Smythe Trophy as the Most Valuable Player of the Stanley Cup playoffs.

Tampa Bay captain Steven Stamkos opened the scoring 3:48 into the first period off an assist from Czech left wing Ondrej Palat. It was the Canadian center’s career-best 11th goal of the playoff run.

MacKinnon netted the equalizer 1:54 into the second period, an angled shot just inside the near post for his 13th goal of the playoffs.

The Avalanche seized the lead by the final margin with 7:32 remaining in the second period on a goal from Finnish left wing Artturi Lehkonen, his eighth of the post-season, off a pass from Canadian center MacKinnon.

The Lightning pulled goaltender Andrei Vasilevskiy in the dying seconds for an extra attacker to try and score an equalizer, but could not stop the Avalanche from hoisting the Stanley Cup.

The only team in NHL history to trail 3-1 and rally to win the Stanley Cup Final, as the Lightning attempted to do, was the 1942 Toronto Maple Leafs.