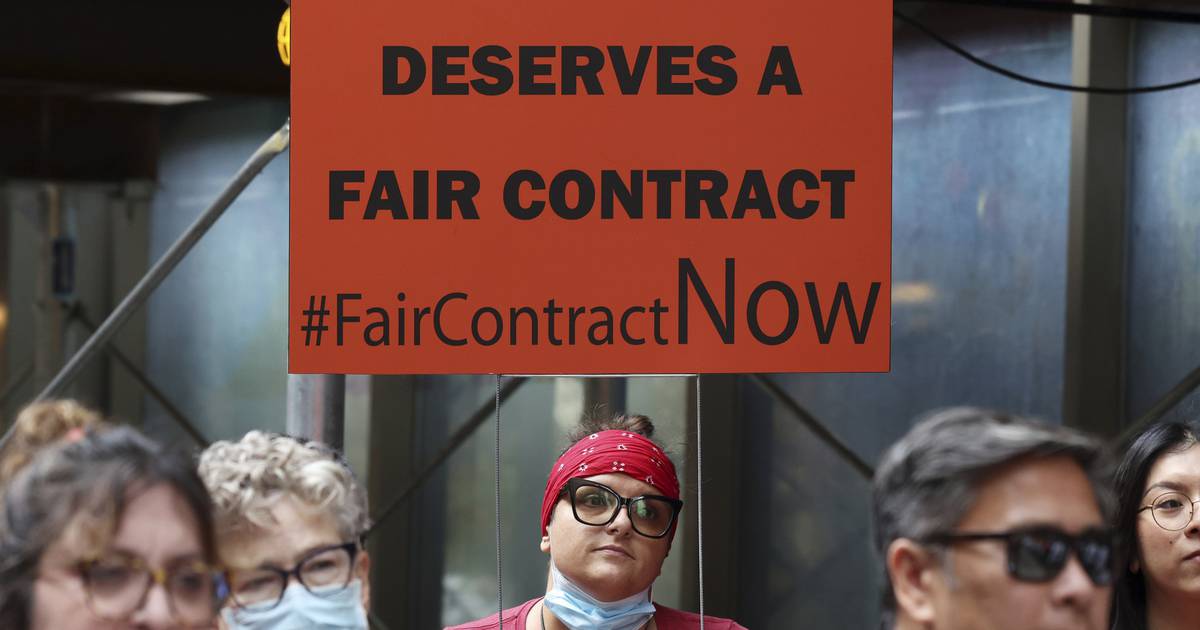 After a year of stalled contract negotiations, faculty members and professional staff at the seven City Colleges of Chicago on Thursday authorized a right to strike by the end of October.

With more than 1,000 members casting ballots, 92% of union members voted “yes” to authorize a strike, sending “a strong message that our members reject what the City Colleges is offering at the table,” Cook County College Teachers Union President Tony Johnston said.

Although the vote Thursday does not guarantee a strike, it allows the union’s negotiating teams to call for one if it becomes necessary, Johnston said.

“We don’t want to strike, but our members have made it clear that they will take the steps necessary to ensure our community colleges continue to offer a quality education to the students of Chicago,” Johnston said.

A spokeswoman for City Colleges of Chicago said in a statement, “City Colleges is committed to negotiating in good faith with each of our professionals and faculty unions to finalize their respective contracts.”

But Johnston said that despite negotiating since October 2021, the colleges and the union are still far from reaching an agreement and remain divided over several key issues, including salary increases and requests for class-size reductions and enhanced academic support in classrooms and labs.

Faculty and staff also are pushing for updated contract language that “reflects the realities of teaching and learning in a pandemic,” and are asking for funding for a new initiative, “City Colleges for the Common Good,” Johnston said.

The initiative would provide expanded, “wraparound” support services for students, including help for those dealing with housing insecurity and those in need of consistent child care, he said.

“The reason enrollment has suffered is because students are still living in chaos,” Johnston said.

Although they offer more affordable tuition rates, community colleges across the U.S. were hit hard by the pandemic as their enrollment consists of predominantly first-generation college students, many of whom also work and care for families as they earn their degrees.

Nationwide, community colleges lost more than 827,000 students since the start of the pandemic, according to a report from the National Student Clearinghouse Research Center.

Johnston said although an increasing number of students are requesting expanded online services, the professional staff, including tutors, at city colleges are required to deliver the remote support on-site at the college where they are employed.

“A 3% pay increase might have been fine four years ago, but with today’s inflation, they need something better that will allow them to not just survive, but to live comfortably,” Johnston said.