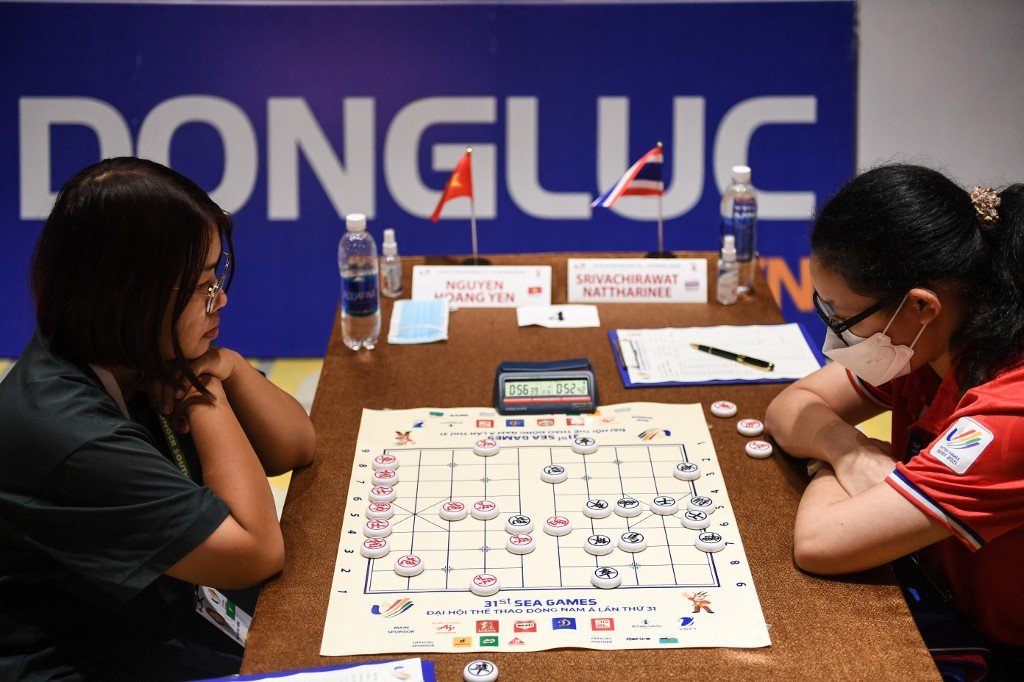 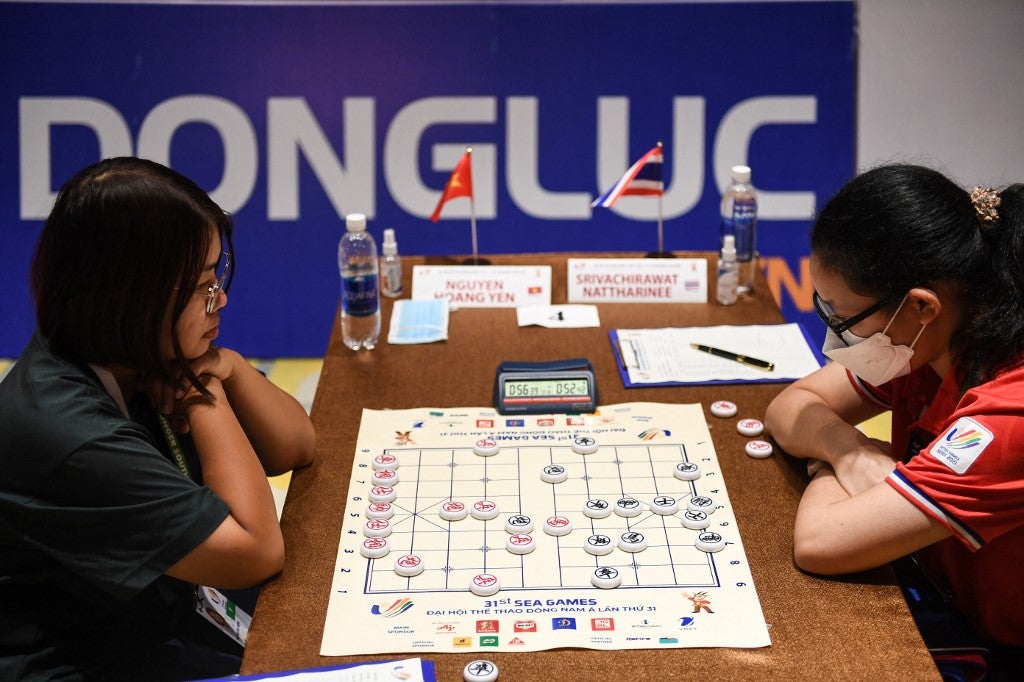 When Sim Yip How first came across xiangqi as a little boy he looked on mesmerized as grandmasters puzzled over the ancient Chinese game.

The 38-year-old Malaysian is now an SEA Games silver medallist in a pastime which, according to players at the regional competition, is growing in popularity.

Also known as Chinese chess, xiangqi is a two-player board game dating back thousands of years but it is making its debut at the SEA Games in Vietnam.

Hailing from the city of Kuching in eastern Malaysia’s Sarawak state, Sim said he picked up the game at the age of seven after watching masters battle each other in matches.

“All the best players came from Kuching and at my father’s coffee shop the Sarawak champions came and played,” he told AFP at the SEA Games, where players silently peered at pieces over thick fabric boards.

“I idolized them when I saw them. I saw international grandmasters and I was like ‘Wow, I want to be like them one day.’”

Its fans say that xiangqi is more complex than its Western counterpart.

While chess is played on an eight-by-eight grid, xiangqi’s board is nine lines wide and 10 long, with pieces moved on the lines’ 90 possible intersections. 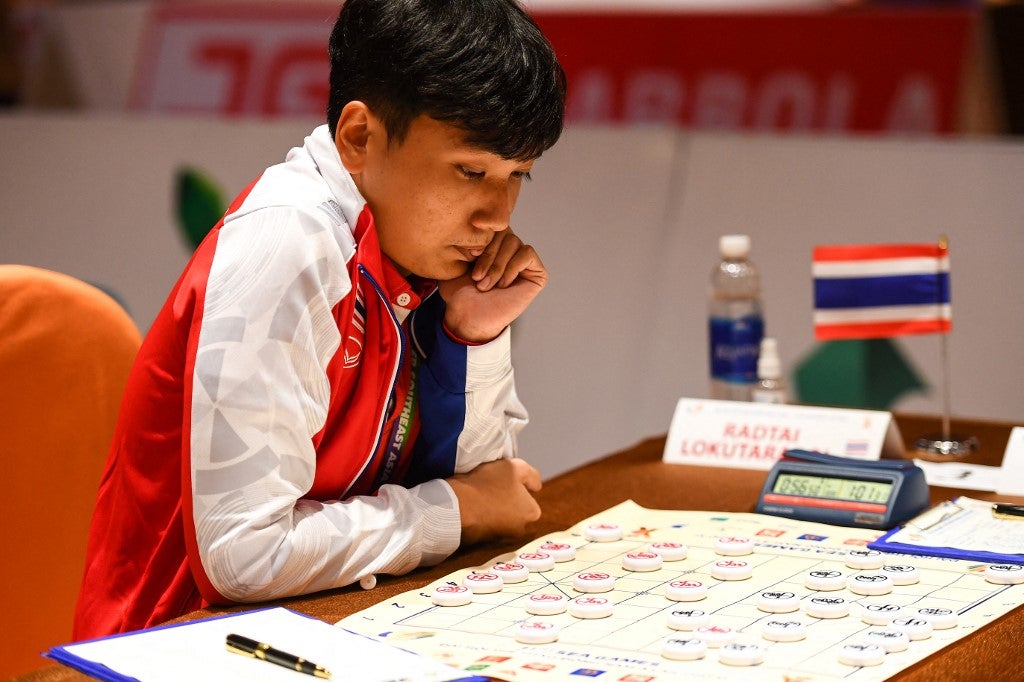 Thailand’s Radtai Lokutarapol plans for a move as he competes with Malaysia’s Tan Yu Huat in the men’s standard single xiangqi event during the 31st Southeast Asian Games (SEA Games) in Hanoi on May 18, 2022. (Photo by Nhac NGUYEN / AFP)

It also makes use of terrain with a valley in the middle where certain units cannot cross, and a safe zone where a side’s general, the critical piece, cannot leave.

Games last anything from 10-15 minutes in a “blitz” version to up to five hours.

Xiangqi’s four medal events were possibly the quietest at the regional games, with almost no spectators at the hillside resort a three-hour drive outside Hanoi, aside from a few volunteers watching.

Despite a muted physical presence, Sim said the matches were viewed intently online and in Malaysia, where there are “thousands” of enthusiasts.

Originally limited to parts of East Asia, xiangqi today enjoys a growing global status, those at the Games say.

A biennial world championship has been played since 1991 and it made its Asian Games debut in 2010 in China.

“Each province, each city (in Vietnam) has events for children,” the 34-year-old, who started playing when he was just six, told AFP.

With the game set to return at the SEA Games next year in Cambodia, Minh predicts more pick-up “in just a few years”.

“It’s not only for old people,” he added.