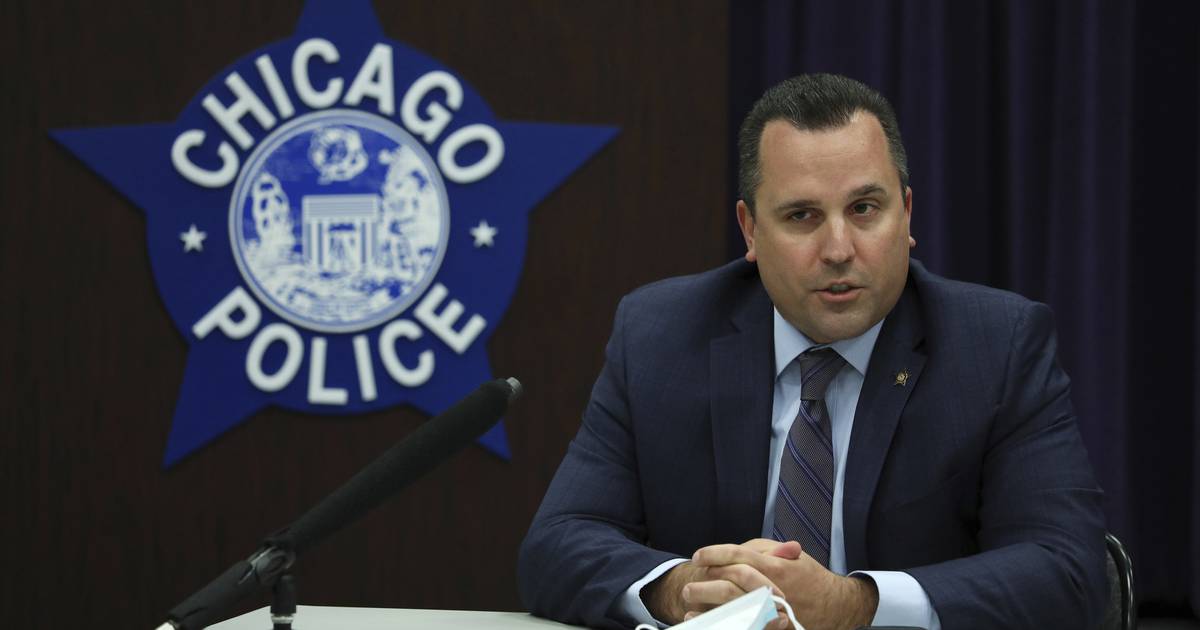 Robert Boik, the Chicago Police Department’s executive director of constitutional policing and reform, was fired by the superintendent Tuesday after sending an email asking for a reversal of a decision to distribute his staff to patrol instead of officer training, according to multiple police sources.

Boik had been in the role for about a year and a half and was fired without warning, sources said. Monday morning he sent an email to police Superintendent David Brown after he was told the Office of Constitutional Policing and Reform had to send 46 individuals back to patrol.

In Boik’s email, which was obtained by the Tribune, he said that if those individuals were moved to patrol, there would be 21 fewer instructors at the academy and the department would no longer be able to offer an eight-hour gender-based violence course to officers this year.

The decision would also result in 10 fewer people in the crisis intervention training program, which would diminish the program by about 30%, according to the email. Putting these individuals on patrol would also put a minimum of 8% of the department’s current consent-decree compliance at risk.

“Beyond the consent decree requirement to train our frontline officers, we have a fundamental obligation to ensure all our officers are provided with equal tools to do their jobs in the field. With the proposed cuts, every single officer will fall short of 40 hours of training this year,” Boik wrote in the email.

Brown announced at Saturday and Monday news conferences that the department would be moving officers around the department to meet the needs of CTA and downtown violence. Boik’s email suggested that his staff would be moving to districts all over the city and “therefore will likely have minimal impact on patrol capacity for any one district.”

Chicago police had little to say about Boik’s exit.

“Robert Boik is no longer a member of the Chicago Police Department. Beyond that, we do not comment on personnel matters,” the department said in a statement.

Arne Duncan, a managing partner of Emerson Collective and the founder of violence prevention organization Chicago CRED, wrote in a statement: “Bob Boik was fired for blowing the whistle and telling the truth — that he has no support and that the administration is not serious about police reform. Trust between the police and community is already far too low, and losing him is a big step in the wrong direction. That is dangerous for our city, for the community and for our police officers.”

“For 25 months I talked to Bob Boik daily — often multiple times a day. We were in the same conference room for months negotiating the consent decree in 2018-19.,” Katz tweeted. “We also went through the pain of 4 line of duty deaths in a year. Bob deserves a medal. Not this. #leadership”

Alexa James, the head of the Chicago chapter of the National Alliance on Mental Illness, said the loss of Boik was very troubling to those who are trying to help the department implement the massive court-ordered reforms, many of which focus on mental health.

“This sends us a message that it is an unstable environment (for reform),” said James, who up until September worked in the department on officer wellness and continues to work in crisis intervention training.

“And we really need more innovation in government,” she said. “… Losing somebody with this level of institutional knowledge and respect in the department leaves us wondering who is going to do it.”

The firing is not the first round of turmoil for the Police Department’s reform efforts.

Chad Williams, the former civilian commanding officer of the Police Department’s audit division, resigned in 2021 after emailing Mayor Lori Lightfoot to say he had been proud to lead the unit but had become disillusioned and was resigning his post.

“Unfortunately, my disappointment with the inability of this department’s top leadership to even feign interest in pursuing reform in a meaningful manner has made it impossible for me to remain involved,” Williams wrote in the email, as previously reported by the Tribune. “Even more unfortunate is that my experience is far from unique. Many well-meaning and talented civilians have signed up to help improve the nation’s (second-largest) police department, only to find themselves steadily thwarted by its perverse incentive structures until they inevitably depart due to demoralization.”

Lightfoot’s onetime deputy mayor for public safety, Susan Lee, left that post in fall 2020 but remained involved at City Hall as an unpaid consultant on public safety issues until she resigned in August 2021 while raising concerns about the city’s ability to “keep moving the ball forward” on its violence prevention efforts and Police Department consent decree implementation, records obtained by the Tribune show.