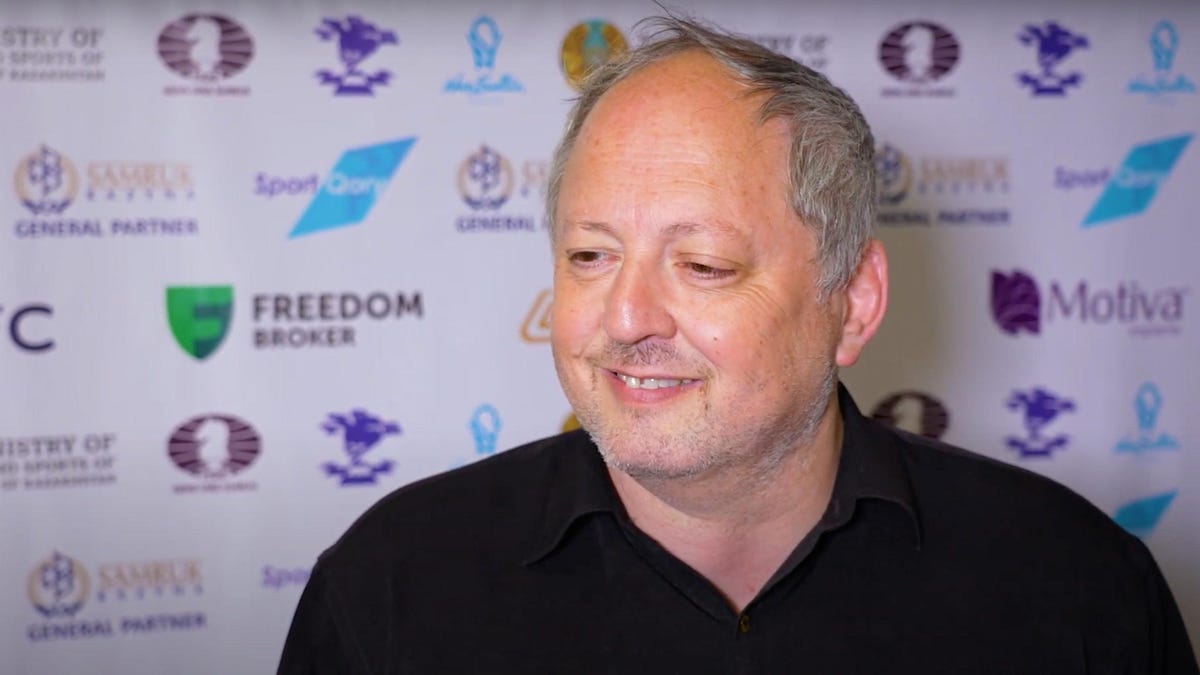 At its highest levels, chess is a male-dominated activity. There are currently only 39 women who hold the International Chess Federation (FIDE)’s highest title of Grandmaster, compared to over a thousand male Grandmasters. Even “Woman Grandmaster,” a sort of consolation prize title from FIDE that requires a 2,300 rating instead of Grandmaster’s 2,500, has only a couple hundred recipients. This history is what made Israeli Grandmaster Ilya Smirin’s distasteful comments about a “woman grandmaster” during a live broadcast of the Women’s Grand Prix on September 27 so hurtful to women players, and why FIDE has decided to immediately remove him as an official commentator.

Smirin claimed the title of Grandmaster in 1990 and once outplayed then-World Champion Vladimir Borisovich Kramnik in the 2002 Russia vs. Rest of the World match. In an interview leading up to the Grand Prix, the GM noted that the broadcast would be his “first time debut in English,” a challenge, since he typically commentates in Russian. Disappointingly, Smirin’s commentary made it sound like he was dissatisfied with what few inches of gender equality and progress chess has made, and his first English broadcast doubled as his last.

“Why she wants to be like man Grandmaster in this case?” Smirin asked offhand during 19-year-old Woman Grandmaster Zhu Jiner’s match with Grandmaster Aleksandra Goryachkina in one of two clips that circulated on Twitter. Though Jiner was playing with a female Grandmaster, Smirin wondered if it was even possible to receive a “man” Grandmaster norm during a women-only competition. He also dismissed Goryachinka’s Grandmaster title as a product of her playing in a supposedly manly way, with “a very strong endgame.” He then asked “Why women can play with men and men cannot play with women?”

“Question for another day,” Luxembourgish Woman International Master and co-commentator Fiona Steil-Antoni, who did not immediately return Kotaku’s request for comment, answered for Smirin, appearing to want to move the conversation back to the unfolding match. But Smirin kept at it, lamenting and laughing saying about how “today everyone for parity.”

“But […] you’re saying, you know, chess is maybe not for women?” Steil-Antoni responded.

Smirin’s remarks were disconcerting. After these comments surfaced, they were put side by side with another clip from the Women’s Grand Prix broadcast where Smirin tells Steil-Antoni that the Grandmaster “maybe didn’t achieve too much” because she has never played Sicilian Defense before, a chess opening or initial cluster of moves at the beginning of a game. In response, chess pros like American Woman Grandmaster Jennifer Shahade expressed disappointment in the sexism so blatantly displayed during an official FIDE broadcast.

“Gross to see such sexism in the broadcast for a women’s event,” Shahade wrote on Twitter, “Fiona did a great job in an uncomfortable convo she never should have been in.”

FIDE swiftly responded to chess players’ frustrations, writing in a news blog that “Although we have great respect for Grandmaster Ilya Smirin as a chess player, the views he expressed on air are completely unacceptable, offensive, and do not represent any of the values that FIDE stands for.”

“FIDE not only strives to increase women’s representation in professional sports and official positions but also to change the perception of chess as purely a men’s world,” the organization continued.

Smirin, who though FIDE’s director general Emil Sutovsky says he has expressed remorse, did not follow the seven-page document FIDE provides for its commentators.

“It is obvious something went very wrong here, and we will have to reassess our selection process,” he said. Otherwise, FIDE typically “tries to have some rotation for the role of commentators, giving an opportunity to different people. We make our decisions based on their ability to explain chess concepts—which is not an easy task.”

Going forward, Llada says FIDE will continue to enforce the Corporate Social Responsibility Guidelines listed in its handbook, and wants to impress on people that “Chess is as global as it gets, and it is played by people of all ages, cultures, and different backgrounds. This diversity is something we treasure. But it also implies that once in a while, a member of the chess community expresses an opinion that is simply not acceptable to the majority, and not in line with FIDE’s values expressed above.

“It is our duty to do everything in our hands to prevent that. We will continue working to raise awareness, and fight these ‘outdated’ views in the best way: making the members of the chess community more educated.”