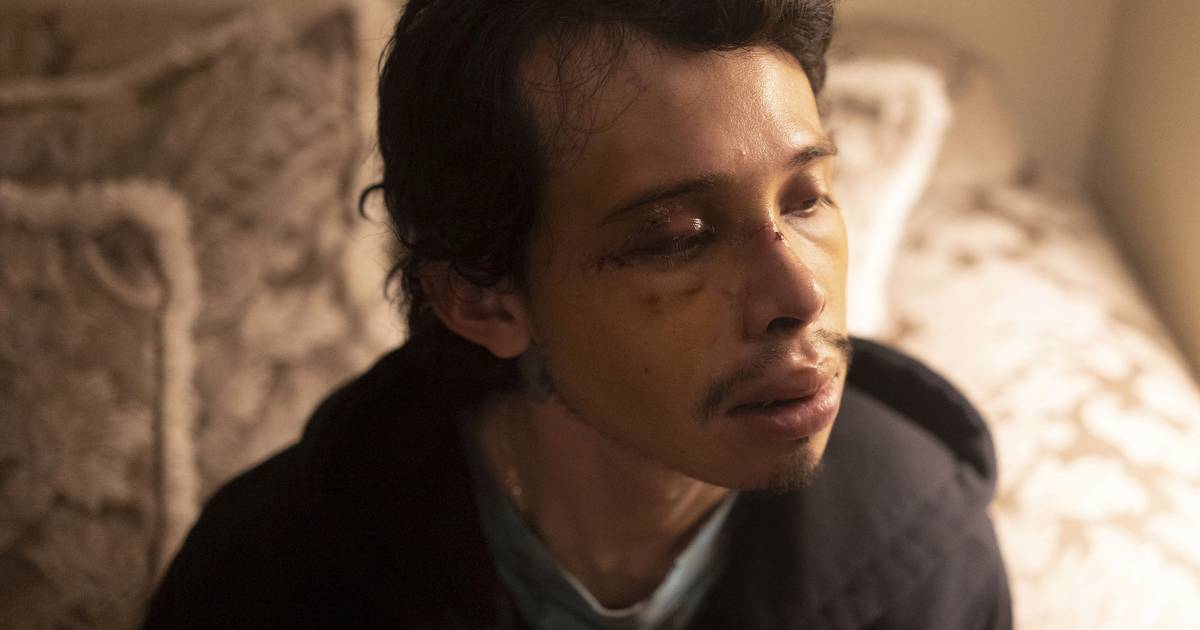 Talking through his wired-shut mouth, Jose Duran said he forgives the man who — without a known motive — shoved him from behind off the CTA Blue Line Division stop platform, causing him to drop onto the tracks and fall face-first against a rail.

“I forgive him, and I hope that he realizes what he did and that he can reflect on it,” said Duran, a 28-year-old chef at Michelin star-restaurant Schwa. “I just want to make sure that he knows that he changed my life within a minute.”

Less than an hour after Duran was pushed Nov. 29, police arrested Cory Patterson, 33, in the 1400 block of North Ashland Avenue, according to Chicago police. While he was being detained, Patterson allegedly head-butted one of the arresting officers, causing multiple fractures to the officer’s nose, and later spat on two other officers.

Patterson is facing multiple charges including attempted first-degree murder and aggravated battery of an officer, according to court records. Patterson is being held without bail. His next court date is scheduled for Dec. 28.

Before the attack, Duran had his first day back at work at Schwa, 1466 N. Ashland Ave., after a Thanksgiving vacation, he said. Once his shift was done, he headed to the Blue Line Division stop to go back to his home in the Greektown neighborhood.

Duran was at the stop for about 15 minutes and had his headphones in, listening to a video game review while he waited for the train, which was delayed a couple of times, he said. The train was finally about two minutes away, when he heard someone say “hey,” and without warning, he was shoved.

Duran was in a lot of pain after he fell, but he knew the train was coming so he panicked and tried to get people to help him, he said. Strangers quickly helped him back onto the platform.

But the person who pushed him disappeared, Duran said. He didn’t see the man’s face until it was on the news.

Chicago police responded to an EMS call that a man was pushed onto the tracks, the police report said. When the officers arrived, they were given a description of the man who pushed Duran.

Police allegedly found Patterson in the courtyard of Mott Street restaurant, on Ashland, curled up in a fetal position between stacked tables and chairs, the report said.

As Patterson was being searched, he head-butted an officer in the face, police said. After he was taken to a police station, he spat in a different officer’s face as the officer was handcuffing him to a wall, the report said.

Officers later took him to a hospital, where he allegedly spat on a second officer as he was being led into the hospital.

Duran was also taken to a hospital, and his injuries included a fractured eye socket, a dislocated nose and damage to his cheekbone, he said. His mouth was wired shut to help the injuries heal as quickly as possible.

“I forgive the guy. I can’t hold that in me … because it’s not going to do me any good. I don’t know the guy’s story,” Duran said. “I want to be able to just, hopefully, make a difference for somebody and then just move on and go back to cooking and go back to what I like to do and get some sort of normalcy back into my life.”

Duran said he’s not sure how long it will take for his injuries to heal, but he has a doctor’s appointment in about two weeks to see when the wires can be taken out. Some of his family came up from Mexico to help him, so he’s spending time with them and off work to heal.

Duran was born in Mexico but moved to Chicago when he was around 3 years old and went to school in the city, he said. He’s been working in the restaurant industry for about eight years and has been at Schwa for almost two years, where he said the employees do everything from washing their own dishes to cooking to taking out the food to customers and explaining the dish.

Schwa, which opened in 2005 to widespread acclaim, has been dishing out Michelin star-quality food at its 26-seat restaurant for almost two decades. The 826-square-foot restaurant has an even smaller staff, with chefs pulling double — or triple — duty as they execute the “pared-down” vision of chef-owner Michael Carlson’s tasting menu, and has hosted everyone from Alinea chef Grant Achatz to former first lady Michelle Obama.

“Jose is a phenomenal son, brother, uncle, friend and co-worker. A talented chef dedicated to his craft,” according to a statement posted on the restaurant’s Instagram.

A GoFundMe was created to help pay for Duran’s medical expenses and time off of work.

Duran said he may look into moving closer to work so he no longer has to ride the train, but when he does go back on the train, he’ll no longer be wearing his headphones and will be more aware.

“I never thought something like this would happen to me,” he said.