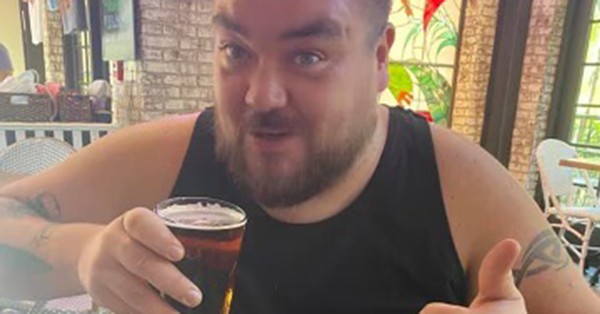 Tim Idzikowski, the founder and chef behind the popular Detroit BBQ Company food truck, died last week, according to his family. He was 36.

Reached by Metro Times, Idzikowski’s family says he died in his sleep on Thursday. No cause of death was given.

His family says he loved to cook since he was a child, learning from watching the Food Network on TV.

“That was his star, Anthony Bourdain,” his father Tim says. “He loved him.”

Idzikowski founded Detroit BBQ Company about 15 years ago after he had been selling ribs at farmers markets around metro Detroit on weekends for beer money. He and his brother Zac built a catering business before expanding to a food truck, which Idzikowski had been doing full-time for about a decade, his family says.

“He was such a hard worker, and he was the most loyal friend that anyone could ever have,” his sister Kelly says. “If he loved you, he was so kind and generous.”

A celebration of life is planned for 3 p.m. on Wednesday, April 20 at Batch Brewing Company in Detroit.

“It was his self-proclaimed favorite holiday,” his wife Tracey says.

Idzikowski considered Batch Brewing Company owner Stephen Roginson to be a good friend, his family says. Detroit BBQ Company staff will be on hand to provide food. Tips for the staff are much appreciated, his family says.

In lieu of flowers, the family is asking for donations to Focus Hope or Detroit Dog Rescue in Detroit.

Kevin Heaney, a longtime friend who helped out with the company, says Idzikowski was known for his generosity and was helping him to launch his own hot sauce brand, Man’s Best Friend Sauce Co.

“He would always help anybody out, anytime,” Heaney says. “If somebody was a dollar short, he would help them out. If somebody was hungry, he made sure they were fed. He just had the biggest heart, the biggest guy, and really through all the ups and downs over the years, always persevered and always looked out for those he loved. He really was just a great guy.”

His family says they and current staff worked through their grief to fulfill all Detroit BBQ Company orders in time for Easter Sunday.

They’re still deciding what will become of the company he built, they say.

“He was the business,” his father says. “He’s got great people, but he was the king.”