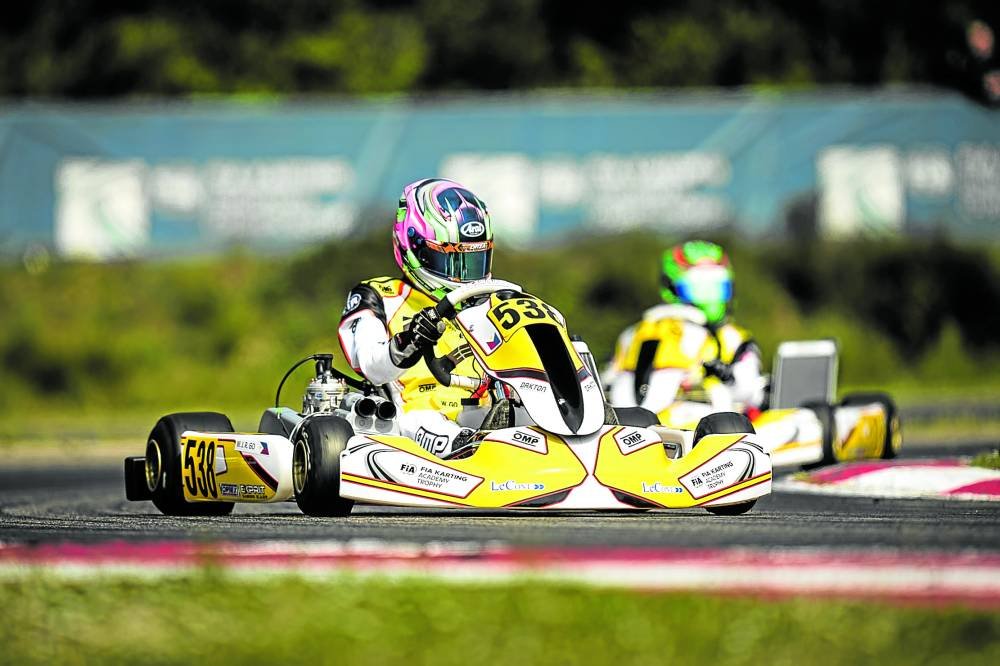 William John Riley Go knows that one big win deserves another. So like the greats of any sport, the young karter understands that winning a major international competition is a doorway to bigger things.

“Although my performance in this race was great, it is never a guarantee [that I will] remain victorious in the next race,” Go told Cebu Daily News. “[T]here are a lot of talented drivers in karting and I know I still have a lot to prove.”

The 14-year-old Cebuano made Philippine motorsports history recently when he finished second in the 2022 FIA Karting Academy Trophy in Genk, Belgium.

He placed second behind France’s Arthur Dorison with Guillaume Bouzar of Luxembourg rounding the podium.

“Everything is still uncertain, but one thing is for sure, I will ensure to remain dedicated and put in hard work in all that I do,” said Go, who is looking forward to representing the Philippines in Europe for the rest of the year.

Racing in the FIA Karting Academy is one of the pathways to the pinnacle of motorsports. Formula 1 drivers such as Charles Leclerc, George Russell and Esteban Ocon are former Academicians.

And Go is the first Filipino in history to step on the Academy podium, finishing better than all but one of the 50 racers from various countries.

“Before this Academy race, I also had undergone testing and competed in various races wherein at times, the results were not the best. However, it was there where I learned the most and I applied all those to achieve my P2 win,” he said.

Go foreshadowed his finish with three second-place finishes during the qualifying heats. Starting from the second position on the grid, Go navigated the course masterfully en route to his silver finish.

And he understands the significance of his moment in the sun.

“Participating in the FIA Karting Academy was already a dream as it is considered to be the Olympics of motorsports,” Go said.

“Being chosen to represent the country in one of the most vital championships and competing with over 50 nationalities was a surreal experience. I can proudly say that I dedicate this race to the Philippines.”