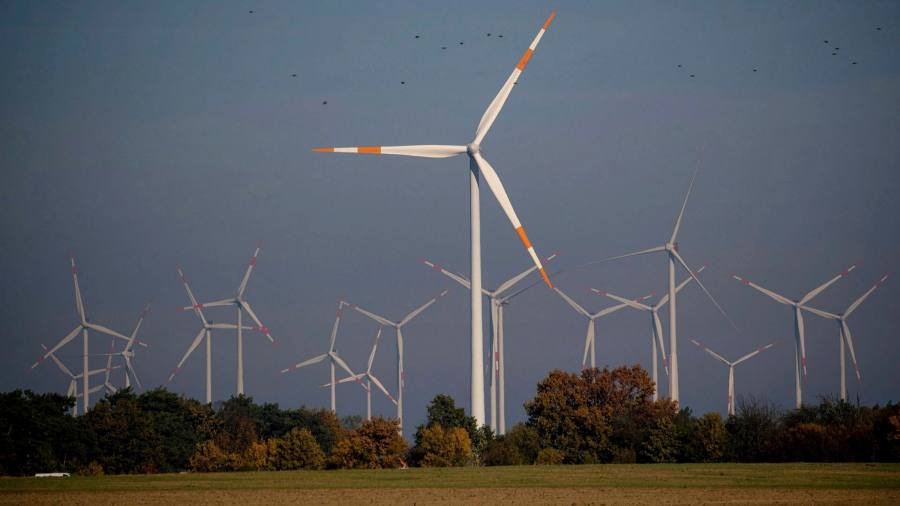 Crypto enthusiasts are rushing to bring the green revolution to the blockchain, but environmental experts fear the new boom in digitising carbon offsets may undermine efforts to tackle climate change.

Since October, almost 20mn carbon offsets — units that companies use to compensate for greenhouse gas emissions — have been converted into digital tokens. The tokens can be used to offset emissions or converted into a new cryptocurrency, Klima.

The frenzy of activity came amid a sharp uptick in the price of the underlying offsets, each of which is supposed to represent a tonne of carbon that has been avoided or removed from the atmosphere. So called ‘nature-based’ offsets, such as those generated from tree-planting schemes, soared from $4.65 per tonne to more than $14 between June 2021 and April this year, according to S&P Global Platts.

Eager to capitalise on rising prices and wider calls for a global transition to cleaner economies, crypto traders have scoured the carbon market for older, cheaper offsets to buy and tokenise — uniting the two unregulated markets of digital assets and carbon offsets.

‘Junk’ credits bulk-bought by crypto traders in recent months had previously languished for years, say carbon analysts. Potential buyers had been deterred by concerns that these old credits, many generated before 2010, may not genuinely represent the carbon savings they promised.

Yet beginning in late 2021 they were suddenly popular, as the crypto communities built on online messaging boards embarked on a shopping spree.

Such activity has worried climate experts. Gilles Dufrasne, policy officer at Carbon Market Watch, said he was concerned the new system would end up “laundering” poor quality offsets. Users who wanted to use tokenised credits to offset their emissions might forget, or not know, that the underlying units were “junk,” he said.

Proponents say tokenised credits are more uniform than traditional offsets, which can be generated from many different types of project and are difficult to compare. But critics stress that offset quality is the more pressing problem. Vaughan Lindsay, chief executive of offset seller Natural Capital Partners, said efforts to make credits fungible “remind me of collateralised debt instruments . . . If you keep rolling stuff up, you have no idea what you’re buying.”

Much of the recent hype centres on the digital currency Klima, which traders mint by trading in tokenised offsets. The pitch by Klima’s founders asserts that the crypto world can help solve the climate crisis by driving up demand for offsets and — in turn — the price of carbon.

The price of Klima rose to a record high of more than $3,600 in October 2021, before slumping to around $20 this month. The price of tokenised offsets fluctuated between $2 and $9 in that period.

Web discussions suggest traders’ motivations for buying the new digital assets vary. “Hope I can get rich thanks to climate change,” wrote one member on a Klima-themed thread on the Discord chat app.

Elsewhere, YouTube presenter JCrypto explained to his 8,000 subscribers that “carbon credits are all of a sudden super important” because polluting companies “are being frowned upon”. Tokenised offsets were “highly underpriced” and would “create millionaires,” he said, adding: “Just remember I’m a capitalist . . . I’m not like an environmental huge guy.”

Concerns have also been raised about the anonymity of Klima’s founders, who use pseudonyms such as ‘Archimedes’ and ‘Dionysus.’ The secrecy “allows us to focus on delivering a good product,” Archimedes said, declining to disclose their identity.

Archimedes said the group is “not really” concerned about traders’ understanding of the underlying market. “People get involved regardless of understanding and ask questions later,” he added.

Carbon market experts have struggled to decipher what impact the tokens might have on the offsets market and its role in limiting global warming.

Some fear that the focus is crypto first, climate second, and point to the energy-intensity of certain parts of the crypto universe.

“All of this screams light on climate, heavy on blockchain,” said Eli Mitchell-Larson, a researcher at Oxford Net Zero. The complexity of the systems, he said, “may obfuscate the key question [for anyone buying offsets]: did you unequivocally remove or reduce a tonne of carbon?”

Visit our Digital Assets Dashboard to keep up with developments in the cryptocurrency market. Explore and analyse data on major cryptocurrencies and the market as a whole.