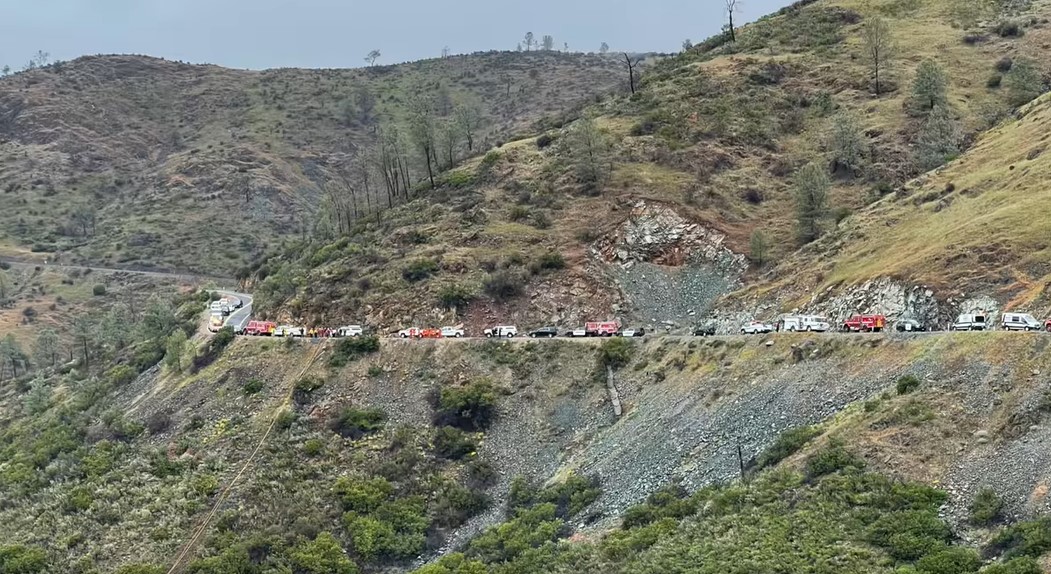 A firefighter returning from a call in a wet and windy Mariposa County on Sunday noticed a road marker downed by the side of Highway 49. After inspecting the site, the firefighter discovered a car had crashed through the railing and hurtled 500 feet down an “extremely steep canyon.”

A daring four-hour operation resulted in the rescue of a father and son from from Rancho Cordova, reports CBS News.

California Highway Patrol reported that 51-year-old Scott Anderson attempted to make a turn in the rain on the mountain road when he lost control. The car flipped multiple times down the mountain before landing in a ditch 500 feet below the road. After four hours in the rain, the “small army” of rescue teams was able to eventually pull Anderson and his 11-year-old son to safety with 600-foot ropes.

“A miracle. A keen-eyed firefighter. The Mariposa County Sheriff’s Office Search and Rescue team. All those combined saved the life of a father and son traveling through Mariposa County today,” the sheriff’s office wrote in a statement. “Search and Rescue responded and began the rescue operation with CAL-FIRE and Mercy Ambulance. Throughout the rescue the wind and rain pelleted rescuers and made the rescue even more difficult.”

The father and son were both reportedly talking when they reached the top of the embankment. “We don’t know how long the two were down there before being located,” the sheriff’s office said.

“The miracles were on top of many miracles,” Mariposa County Sheriff Jeremy Briese told CBS News, “from being spotted to the quick response.”

The eagle-eyed firefighter has been celebrated for the rescue. “Their brave actions and investigative skills were able to find this vehicle,” Briese added.

Anderson and his son reportedly suffered moderate injuries and are recovering in nearby hospitals. Footage of the rescue was shared by the sheriff’s office.