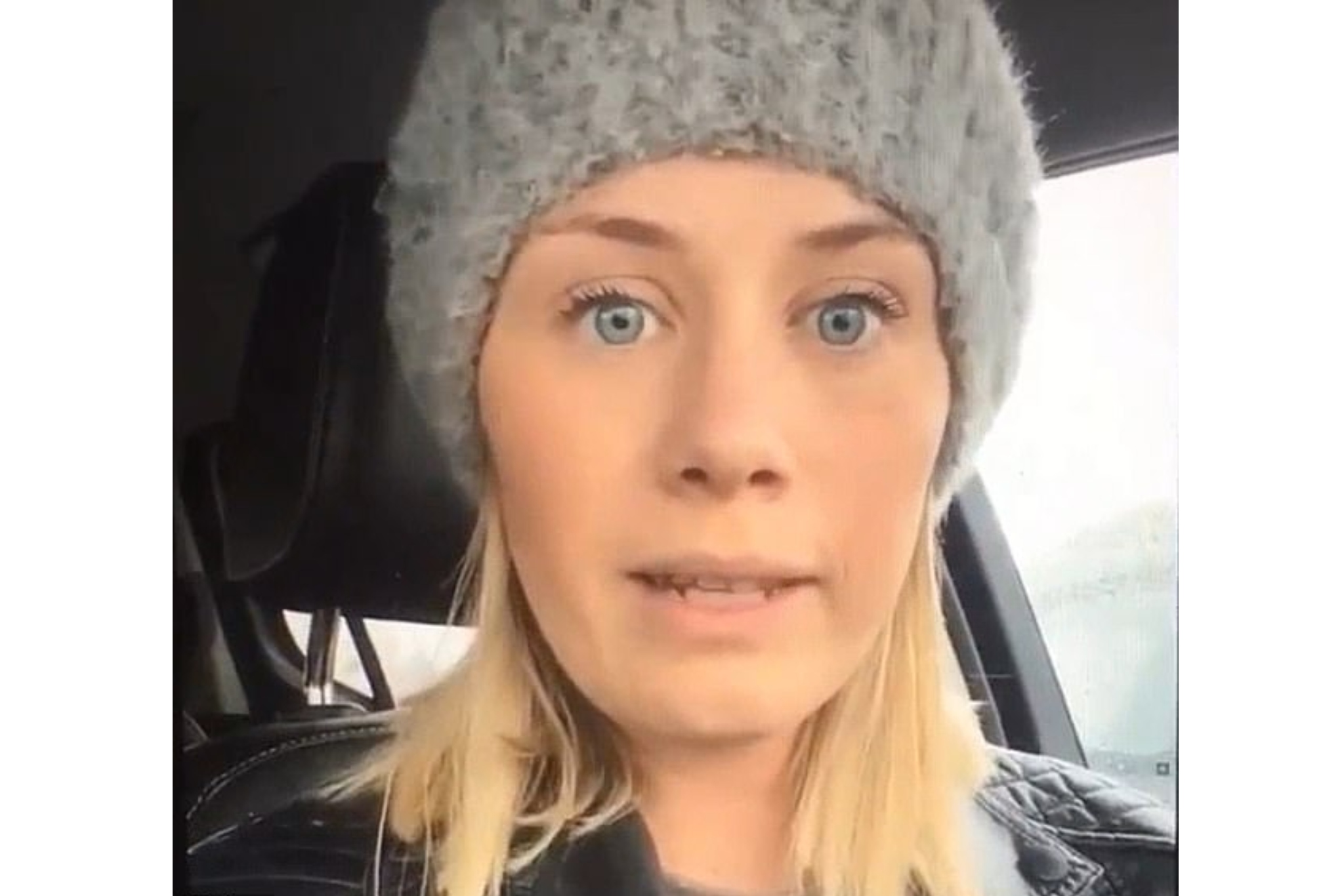 Ahead of her May trial, more details about the life of aspiring Bay Area “mom influencer” Katie Sorensen have been reported in an extensive Elle magazine feature.

“The Karen Who Cried Kidnapping” delves into the accusations of Sorensen, who lived in Sonoma when she was charged last year with falsely claiming her children were the target of a kidnapping attempt. Sorensen went viral in December when she posted a series of videos on her now-private Instagram @motherhoodessentials.

“My children were the target of attempted kidnap,” says Sorensen, sitting in her car. “Which is such a weird thing to even vocalize, but it happened and I want to share that story with you.”

She claimed on Dec. 7, 2020, she took her two small children to the Michaels craft store in Petaluma. While in the store, she alleged a man and woman began to follow her, “talking about the features of my children.” Sorensen said the couple didn’t buy anything, but followed her out to the parking lot. She accused them of taking “two steps forward, two steps back” before lunging for her stroller. Sorensen said she called for help, talked to the police and then decided to share her story on social media to warn other parents.

“I saw these people. They didn’t look necessarily clean-cut,” she said on KTVU. “I felt uncomfortable around them.”

The videos had more than 4 million views before they were deleted, and almost overnight she went from 6,000 Instagram followers to over 80,000.

But in short order, Petaluma police cleared the couple, Sadie and Eddie Martinez, of any wrongdoing. The Petaluma Police Department issued a statement indicating Sorensen’s story had “inconsistencies.”

The Martinez family spoke to Elle about how the accusation roiled their lives, making them feel uncomfortable while out in public.

Sadie and Eddie, who are of Nicaraguan heritage, both grew up in San Francisco’s Noe Valley; Eddie’s father was a cable car conductor. “I’m married to a UPS man who’s like Norm from ‘Cheers’ — everybody knows him,” Sadie Martinez told Elle. “Katie should have probably done a little bit of homework and picked different characters for her story.”

Sorensen, meanwhile, grew up in Virginia and attended Brigham Young University-Idaho, where she met her husband. The pair moved to California, where Sorensen began trying her hand in the mom influencer space. According to Elle, she “launched a collection of baby bibs with sewn-in essential oil diffuser pads. She was also a self-described ‘independent wellness advocate’ hawking essential oils from doTERRA, the multilevel marketing company beloved by small- to mid-level influencers.”

“Save the children” is a phrase commonly used by QAnon adherents driven by paranoid and dangerous beliefs about child sex trafficking. QAnon is a broad smorgasbord of conspiracy theories, but the majority of believers think a global organization of pedophiles are enslaving countless children in sex rings. The rallying cry of “save the children” has become a popular way to introduce people to QAnon, as positioning the movement as anti-pedophilia makes it appear more positive and palatable. It’s also taken on a life of its own in parenting groups, divorced entirely from the stigma of QAnon.

Although QAnon adherents say they’re helping vulnerable children, experts say they do much more harm than good. Calls to hotlines for trafficked or at-risk individuals have skyrocketed, leading some organizations to beg people to stop calling in and diverting resources needed for people in actual need.

Conspiracy theorists also overinflate the risk of stranger abductions, thereby minimizing the reality of child exploitation. Children are “virtually always” forced into sex trafficking by someone they know, says Polaris, a nonprofit that fights human trafficking. So-called stranger danger kidnappings are exceedingly rare, and there is simply no evidence that tens of thousands of small children are disappearing off America’s streets each year. According to the FBI’s crime statistics, 99.7% of the 609,000 people reported missing in 2019 were found.

Although Sorensen said in her initial video that she wasn’t interested in pressing charges, police said in a follow-up interview she did want the Martinezes prosecuted for attempted kidnapping. She currently faces three misdemeanor charges of making a false report to police; if convicted, she could be sentenced to six months in jail or a fine of up to $1,000, or both, for each count.

The next court appearance in the case is scheduled for May 19. The Martinezes will attend, as will Sorenson, who Elle reported is rumored to have moved out of state.

“I’m excited to see this through and move on,” Sadie Martinez told the Petaluma Argus-Courier. “But, until there’s some accountability, mentally I can’t.”