Boris Johnson’s hollow victory is a bad outcome for Britain 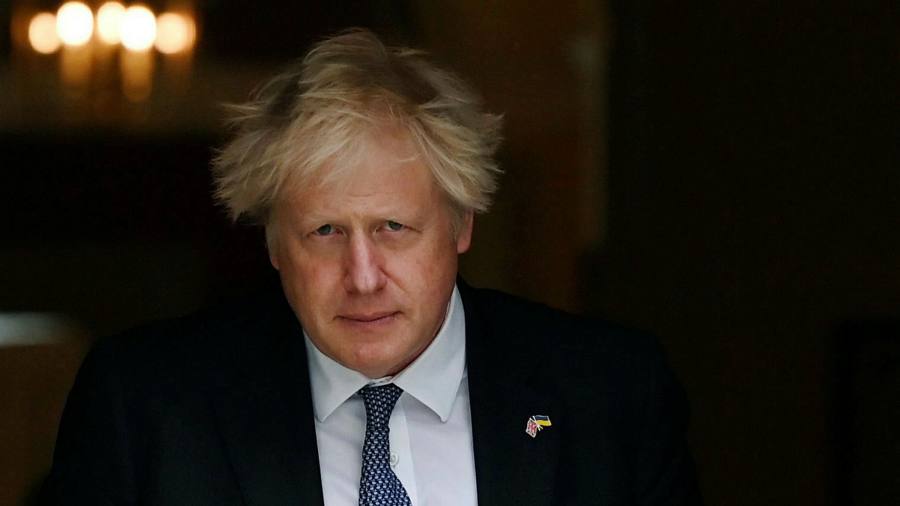 Despite his nominal victory in a confidence vote, the magnitude of the protest against Boris Johnson by his own MPs is a bad result for him and for his party. It is bad, above all, for the country. Britain faces momentous challenges at home and abroad — a perilous war in Europe, a vicious cost of living squeeze. For as long as the wounded prime minister limps on in office — and that will be his instinct — the country will have a governing party riven by squabbles, and a leader who must constantly watch his back.

It remains extraordinary the extent to which Johnson has been the architect of his own misfortune. Barely a year ago, the Conservative by-election victory in the longtime Labour stronghold of Hartlepool suggested the prime minister had rallied the party behind his brand of populist-interventionist Toryism. Even the “partygate” fiasco might have been survivable with a different approach; less combative hubris, more contrite humility. Instead, it catalysed discomfort among his MPs and the broader electorate over Johnson’s failings — above all, a belief that the normal rules do not apply to him.

The prime minister’s refusal to accept the consequences of his mistakes, and take the course many other holders of the office would, makes this not just a misfortune for him but for UK voters. The bunker mentality in Downing Street that has been characteristic of the Johnson era will become still more entrenched — not helped by the inept performance of the recently rebooted top team in whipping support for the leader in Monday’s vote.

If ever there was a need for a government that prizes ministerial talent above all, moreover, it is now. Taming soaring prices is only the most pressing issue. The Johnson government must also deal with the legacy of a decade of austerity, the divisions and teething problems of Brexit, its vaunted goal of levelling up disadvantaged regions, and its net zero commitment. Abroad, despite showing leadership on Ukraine, it is struggling to shore up British clout and relevance. Bold and imaginative reforms are needed.

Instead, loyalty, not competence and expertise, will become even more the test for cabinet membership. As has been all too apparent in recent months with a string of initiatives aimed at firing up the Tory base, policies will be judged not on whether they are good for the country, but good for the leader. Difficult or controversial measures, however necessary or enlightened, are likely to be watered down or shunned.

In the background, a shadow leadership contest will continue to simmer. This is destabilising for any government. It can also lead contenders to put political grandstanding ahead of sound management of ministerial portfolios. A party that a year ago seemed to have fallen in line behind its leader will instead be marked by factional infighting. The prospect of months more Tory civil war will fill many with dread.

This is all the more lamentable as it represents a genuine lost opportunity. The 80-seat majority Johnson won in 2019, though helped by a weak opposition, offered a chance for lasting political accomplishments. The Covid pandemic, understandably, dominated the government’s agenda for two years. A small window remained for decisive action, however, before the next election campaign began in earnest.

A swift concession by Johnson now would allow some time, in theory, for a new leader to seize the legislative reins — though a further leadership contest, given some of the personalities involved, could be damagingly divisive. Yet even if the tarnished Johnson is replaced, the reality is that whoever succeeds him will face an uphill struggle to unite the party, and the government.