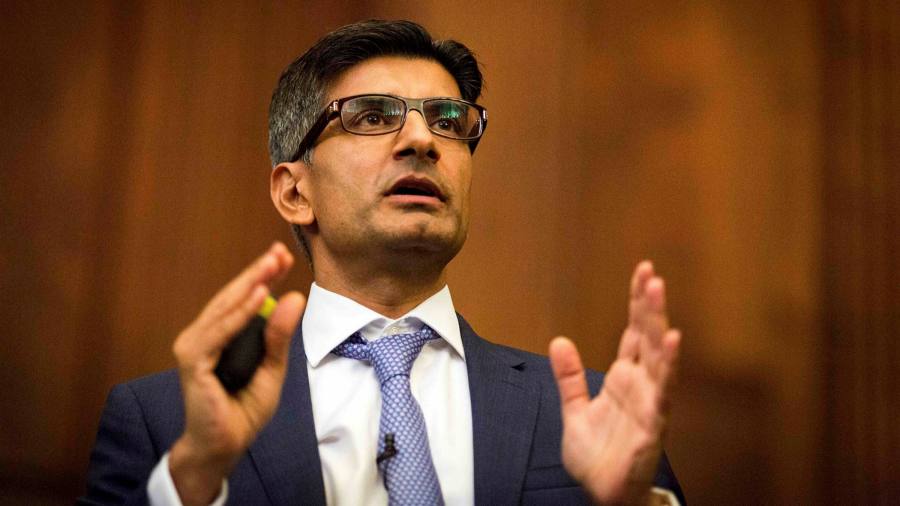 Simon Arora is to retire as chief executive of B&M European Value next year, marking the end of an era for the business his family took from the brink of insolvency to the FTSE 100.

He will leave behind his brother Bobby, who he founded the business with in 2004 and is now trading director, although it is not thought likely that he will take the top job. The company will consider internal and external candidates for its next boss.

Arora described his departure as a “gradual transition” for the variety discounter he grew from a handful of tatty shops selling end-of-range merchandise to a FTSE 100 company with almost 700 UK stores and a sophisticated Asian sourcing operation.

Shares in the company were down 6 per cent in midday trade on Friday.

Arora’s story differs from that of other bargain-shop tycoons such as Tom Morris at Home Bargains or Chris Edwards at Poundworld, in that he did not go directly into retail.

The “formative event” in his youth was the sudden death of his father Surjit, an economic migrant to the UK, at the age of 44. Reflecting the great emphasis his family had always placed on education, the 17-year-old Arora opted to study law at Cambridge, where he was a contemporary of Next chief executive Simon Wolfson, although did not know him at the time.

After graduating, he spent three years at consultancy McKinsey. “I was interested in business rather than law, and I wanted that job because it was one of the most difficult places to get into”, he told the Financial Times.

Stints at Barclays and 3i followed before he started Orient Sourcing with Bobby, importing homewares from Asia for the likes of Tesco and B&Q.

“It was on the brink of insolvency. But I could see that discount retailing was where the puck was going,” said Arora, alluding to a famous quote from ice hockey star Wayne Gretzky. “You had Aldi and Lidl expanding all over Europe, Primark in the UK, the dollar stores in America”.

The global financial crisis of 2008-09 was “momentously significant” for the group, squeezing household incomes and making bargain-hunting a respectable middle-class activity.

The demise of Woolworths was an unexpected boost. “They were a big variety store, they were in all the categories we were and nobody came forward to bid for them”.

Instead, its 900 stores were picked over by rivals, resulting in a big expansion of the discount sector.

The B&M operating model is similar to that used by rivals such as Home Bargains in the UK and Action in Europe: a limited core range overlaid with a seasonal offering, direct sourcing of products from factories in Asia and a simple, low-cost operating model.

Annual sales had already risen to more than £1bn by the time private equity group Clayton, Dubilier and Rice — now the owners of supermarket Wm Morrison — became shareholders in 2012.

“CD&R . . . helped us professionalise things like governance and risk management,” said Arora. “But they always left us alone to get on with the trading”.

It has not all been plain sailing. A venture in Germany had to be closed down after poor performance and the acquisition of Babou in France is taking time to bed down.

B&M has also been criticised for its domicile in low-tax Luxembourg and for the large amounts of capital it returned to shareholders, including the Arora family, during the pandemic.

Arora said he planned to take some time out before deciding what to do next. “I would love to take six months out and travel the world . . . but part of me will probably dread the tyranny of the empty page”.