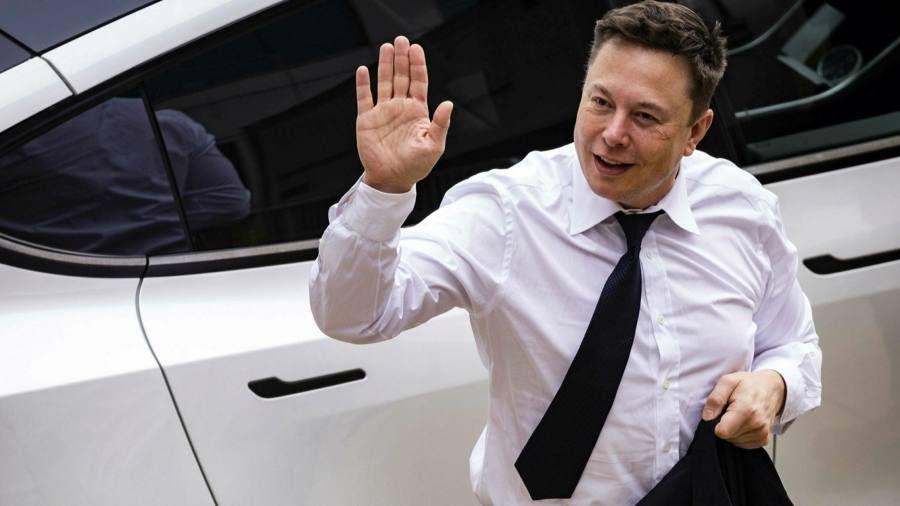 Elon Musk defines himself as a “free speech absolutist” who loves robust debate. So, in that spirit, let’s boldly state that the entrepreneur’s original approach to buy Twitter for $43bn and take the messaging company private was dumb.

Pitching a hostile, sketchy, unfunded, low-ball offer to Twitter’s board, while simultaneously describing US Securities and Exchange Commission regulators with whom he has had previous entanglement as “bastards”, certainly counts as unconventional. The move smacked more of a trolling exercise than a serious attempt to buy the company. The result was to incite Twitter’s board to launch a poison pill defence that would automatically dilute Musk’s shareholding if he bought more than 15 per cent.

But you do not become the world’s richest man by staying wrong for long. In short order Musk has pulled together a financing package — largely leveraged off his $260bn personal fortune — that may enable him to launch a more conventional tender offer to all Twitter’s shareholders soon. There is no doubt that the mercurial entrepreneur, who has created two of the world’s most remarkable companies in Tesla and SpaceX, could electrify the moribund Twitter with jolts of energy, wild-eyed imagination and hype. But the worrisome impression is that Musk appears largely uninterested in the area in which he could most help Twitter (rethinking its business model) and primarily interested in an area where he might do harm (scrapping content moderation).

The main problem with the 16-year-old platform is that, like any creative but restless teenager, it is still searching for its real purpose in life. Does it want to become a high-margin public company? Or does it aspire to become the world’s digital town square? Does it want to maximise free speech? Or does it prefer to minimise users’ exposure to harassment, manipulation and abuse? It is not obvious that all these goals are compatible.

Since listing in 2013, Twitter has struggled. Or, in the more brutal words of Ben Thompson, author of the Stratechery newsletter, “Twitter’s business stinks.” With 217mn daily active users, it lacks the scale of Facebook or YouTube. Nor does its ephemeral, short-form messaging service match Instagram’s appeal to advertisers. It no longer generates much buzz among younger generations. And the company still recoils from instituting a full subscription model for fear of killing its user base.

According to Thompson’s calculations, Twitter has raised a total of $4.4bn in 19 different funding rounds since its creation in 2006. But it has lost a cumulative $861mn in its nine years as a public company. Having one of the world’s most creative entrepreneurs help reimagine the business would surely be a win. Thompson suggests that fresh management could open up the company’s technological infrastructure to outside clients, enabling Twitter to emerge as “an insanely valuable” new notification protocol for the internet.

Unlike Twitter’s own directors, Musk is also a master of the messaging medium. He has almost 83m followers, making him one of the top 10 most popular tweeters. Spectacular footage of his SpaceX missions, interspersed with crypto memes and goofy humour (“69.420% of statistics are false”), provide digital catnip for followers.

The trouble is that Musk has Earth to save and Mars to explore and does not seem to have much time for Twitter’s financials. “I do not care about the economics,” he says, which should give his bankers pause for thought. His main mission is to maximise free speech by allowing users to post anything that is not illegal. “The truth matters to me a lot, like pathologically,” he says.

Where Musk could usefully apply his brainpower is figuring out a better governance model for social media companies, combining financial incentives and societal responsibilities. Governments have an indispensable role in defining, and defending, free speech and holding social media companies to account. But we do not want them messing with content. Companies driven purely by profit, though, have a massive interest in minimising moderation.

The online encyclopedia Wikipedia has shown that non-profit, self-governing communities can work globally at scale. Intriguingly, Twitter has also experimented with allowing user panels to moderate content. The ideal might be something akin to the 50 + 1 ownership model at German football clubs, where dedicated fans can in effect override commercial investors. It would take an enormous act of philanthropy by Musk to give equivalent powers to Twitter’s users. But he might want to dwell on that while watching a football match, after checking out his Tesla gigafactory in Berlin.