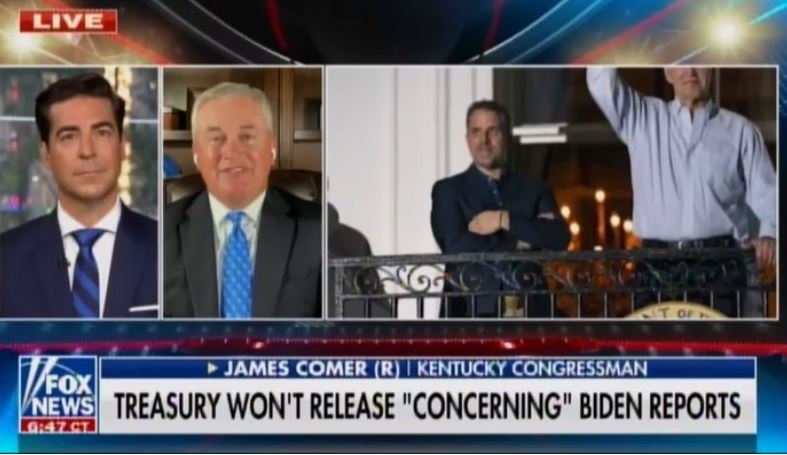 Hunter Biden and his Uncle have at least 150 suspicious activity reports on their accounts.

For years Congress was able to gain access to these reports.

According to Rep. Comer, the Bush administration created banking suspicious activity reports.  It was a way for banks to help the administration track foreign money laundering and dangerous terrorist activities.

Congress was always able to access the government reports from the Treasury Department.

And Treasury Secretary Janet Yellin is covering for the Biden clan.  The government is withholding this information from Congress.

It’s more of the Democrat lawlessness.

“I come from a banking background and let me tell you, it is very uncommon for anyone in America to get one suspicious activity reports.  To get 150!  I’m going to go out on a limb, Jesse and say that’s more than anyone in the history of the United States.  And I’d be willing to make a wager on that.  And this was with multiple banks.”

This is a bold statement.

Imagine that the President of the United States and his son and brothers are part of the most corrupt family in the US. That’s the accusation.

So will weak Kevin McCarthy ever investigate this?