Bennifer, the rematch — and why love deserves a second chance 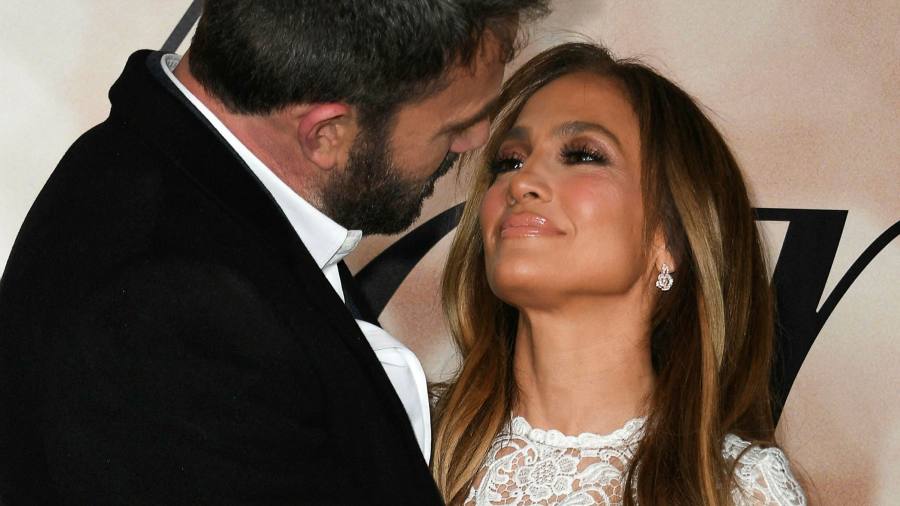 “I think different time, different thing, who knows what could’ve happened,” reflected Jennifer Lopez, when asked why she postponed her wedding to actor Ben Affleck days before the ceremony was due to take place in 2003. Overwhelmed by the Klieg lights of media attention, so famous they had inspired the first supercouple portmanteau, Bennifer never got their happily ever after; they pressed pause on the relationship before they reached the aisle. “I think Jen and I made a mistake in that we fell in love, we were excited and maybe too accessible,” offered Affleck when asked for a postmortem. The couple chalked it all down to experience and continued to remain on friendly terms.

Twenty years, three marriages, five children, a Las Vegas residency, more than 18 fragrance launches, some box-office flops and an Academy Award since their first engagement, Bennifer has been born anew for 2022. The couple announced their second engagement last weekend via Lopez’s subscriber newsletter OnTheJLo, where the news was accompanied by a teary video and the first sighting of a rare green diamond ring.

Bennifer part two is now official and even I can feel the bonhomie bouncing in the atrium of my hardened, calloused heart. Yes, cynics may say that the engagement has only vivified a flagging interest in their upcoming projects. And yes, one can only wonder what gave the couple the strength to rekindle a relationship once excoriated by South Park in an episode called “Fat Butt and Pancake Head”. But it’s hard not to feel a pinwheel of excitement for a fairytale narrative in which the publicly broken Affleck has been rescued by his Latina queen.

Everyone loves a remake, especially when it stars a couple for whom the first acts were so bumpy

Everyone loves a remake, especially when it stars a couple for whom the first acts were so bumpy. Affleck’s career has seen him swooping from magisterial, Oscar-winning heights to crashing failures, all marked with prolonged spells in rehab for his addiction to alcohol. Lopez has clawed back a career from the precipice of irrelevance via American Idol, a hit television drama and, aged 50, a star turn at the Super Bowl. That both have triumphed, kind of, only to be reunited makes me feel all warm and sappy at a moment where there is precious little sap about. True love will find a way, says Bennifer, the sequel. Why not give that relationship a second chance?

Celebrity rematches have made for glorious popular entertainment ever since the explosive multi-unions of Elizabeth Taylor and Richard Burton. Elon Musk and rapper Eminem both remarried former spouses, only later to divorce them. So did Larry King, Barbara Walters and comedian Richard Pryor. Melanie Griffith first met Don Johnson when she was only 14 years old. “There was always this connection. I can’t explain it,” the actress said of their decision to remarry in 1989 after rekindling their romance. “It’s almost like soulmates, and it always was.”

Johnson and Griffith failed to go the distance. But I appreciate those couples brave — or daft — enough to try. Who among us has not sat staring at the television of an evening and wondered what might have been in different circumstances? Who doesn’t sometimes hear the tiny whisper from our deep subconscious that asks: “What if they were the one that got away?”

Remarriage to the same person is perhaps more common than we might think. In the 1990s, California psychology professor Nancy Kalish put out an ad looking for couples who had reconnected following a five-year separation. Of the 1,001 responses, she found that 6 per cent of those couples ended up remarrying, and that 72 per cent of those marriages went on to last. And whether it’s Frida Kahlo (twice married to Diego Rivera) or Charles and Camilla, the lost-love narrative continues to hold us in its thrall.

It’s nonsense, really, considering nearly half of marriages now end in divorce. But instead of pragmatism, many of us are becoming even more deludedly romantic than before. Thanks to TikTok and other content platforms, we can now gorge on moony footage of former couples even when the flame of romance has been extinguished for aeons. We’ve become invested in celebrity couplings, perhaps as a substitute for our own romantic failings. We will couples back together. We won’t accept that they’ve moved on. Just look at poor Brad Pitt and Jennifer Aniston who, despite having divorced in 2005 following a five-year marriage, remain the focus of maniacal fan obsession (and yes, I am guilty) that still believes wholeheartedly they will one day reunite.

Now we have Bennifer as evidence that, regardless of the trail of broken relationships left behind, true love has conquered all. But before we get carried away on those endorphins, however, we would do well to take the counsel of Hollywood’s pneumatic sage. Pamela Anderson has been round more blocks than Jenny and been married a respectable six times. She also remarried the American poker player Rick Salomon in 2014 only to re-divorce him in 2015. Trusty Pammy holds no truck with fairy tales: on the subject of her second marriage, she pours cold water on such ardour. “It’s like when you put something back in the fridge that’s not good,” she offers as a caution. “It’s not gonna be good the second time.”