Easter and the moments that change a life 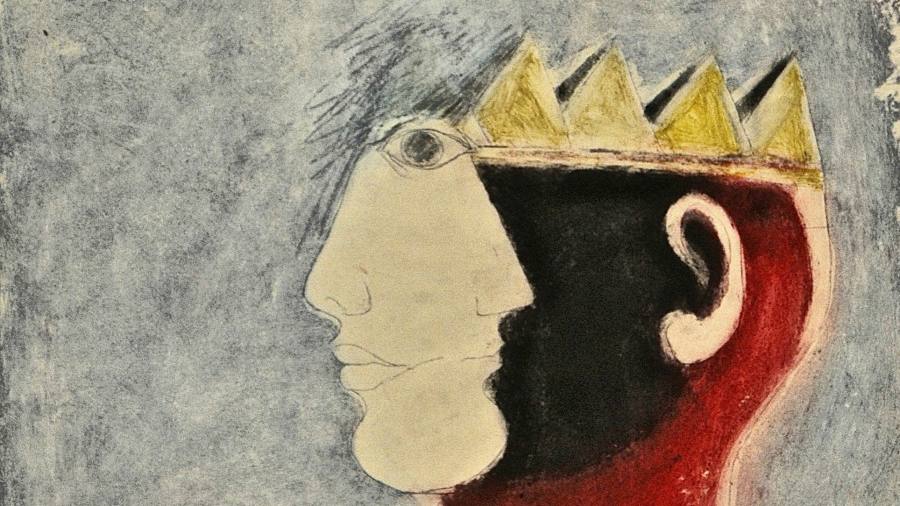 It’s Easter weekend, and what that means to you is likely to depend on a variety of things, including your upbringing and current spiritual inclinations. As a child I experienced it as a time for dressing up for Mass and fancy brunches, but as an adult Easter and the faith it represents mean substantially more to me, and so the season always includes reflection on the story of that first Easter weekend, as described in the pages of the four gospel narratives.

That first Easter was a time for earnest questions, genuine wonders and heartfelt astonishments. And whatever one’s faith may be, the stories of that time always remind me that our quite ordinary lives hold the capacity for experiencing true wonder and unexpected epiphanies. The most sacred encounters often seem to interrupt the mundane routines of life.

There’s a sentence from the Book of Luke that makes me think about those rare, transforming moments in our lives that announce themselves before we understand fully what is happening. It’s towards the end of the story called “The Road to Emmaus”, a narrative that has been represented through the centuries by artists including Duccio, Caravaggio and Tissot.

Two disciples on that first Easter Sunday are walking seven miles from Jerusalem to a village called Emmaus. They have heard that the tomb where Jesus was buried just three days before has been found empty, and they are talking between themselves about all the drama, tragedy and now confusion of the weekend.

Suddenly a stranger joins them along the path and asks what they’re discussing. After a lengthy conversation with the stranger, they invite him to breakfast, and when he breaks the bread they realise that he’s the Jesus they had been talking about all the while. He disappears and they are astonished. And yet, they acknowledge that on some bodily level they already knew this encounter was different. “Were not our hearts burning within us while He talked to us on the road and opened the Scriptures to us?”

Henry Ossawa Tanner, the 19th-century African-American artist, painted his version of the Road to Emmaus in the 1920s. It’s a dark and shadowy image in blue-greys, browns and soft blacks. It makes the encounter feel intimate and mysterious. But there is not a sense of foreboding. The figure of a brown-skinned Jesus stands on the left of the canvas, wearing a luminous white gown. His presence is what sheds light on the rest of the painting, illuminating the stones around him and the figures of the two disciples, one of whom reaches out towards him.

The positioning of the two men at the bottom edge of the canvas makes it seem like they are walking on to the canvas, and that we can follow directly behind them. In the moment, the disciples do not know who this person is or how he will affect their lives, but as their words reveal later, they sense this is a unique encounter. One that makes their hearts burn.

We love certainties because they give the illusion of control, even though there is so little that is certain about anything in our lives

I’ve thought about this story many times because I know what it’s like to meet someone and have an indescribable sense that it is a vital encounter, even if I can’t yet say why. It’s hard to explain without sounding a bit “woo-woo”, but sometimes you immediately recognise the person in a way that feels deeply familiar. It might move you to say: “I feel like I’ve known you forever.” And there are few things quite as sacred as feeling recognised and known.

Life is full of unexplainable things, and it can make us uncomfortable to not have the right words or complete understanding. We love certainties because they give the illusion of control, even though there is so little that is certain about anything in our lives. And yet those moments where our hearts or our guts speak before our heads are often the moments that lead us to something expansive and transformative.

The two disciples, instead of fearing what they could not yet explain, acted on their hearts and their guts when they invited the stranger to breakfast. Only when they ate together did they realise who he was. And that, of course, was just the beginning. Some of life’s gifts come from embracing the new encounters we sense to be unique, without having to know or steer what direction they might take.

The contemporary Spanish artist Maise Corral often paints solitary figures, or lone couples in quiet scenes of life, as though time were standing still — the same sort of atmosphere you find in Edward Hopper’s paintings.

In Corral’s 2020 work “The Reader”, a young woman sits reading alone in the middle of a stairwell. Light falls into the small alcove and radiates on her and the book in her hands. It has the feel of a personal sanctuary. The woman’s back is towards us so we cannot see her expression or even the details of her face. But we can read the book over her shoulder. It has no words that we can see but the page on the right side has an illustration of the woman in the stairwell, the same painting at which we are looking. She is seeing and reading herself.

Reading, like art, has always felt to me like it has a sacramental nature, as a channel for something that can reshape and transform us. In the pages of a book there lies the same opportunity to have those burning heart moments. We are compelled by an encounter with the words to see and study ourselves or our world with a new perspective.

Even decades later, I can never forget how I felt at 13 years old when I read Erich Maria Remarque’s first world war novel All Quiet on the Western Front. I remember finishing the book and not knowing exactly what to do immediately afterwards. Something had shifted about the way I understood the world and people, and it would take me a while to process it. That book offered truths about humanity. I sat in my bedroom with the book by my side and just cried for a while. Years later, when I studied the British first world war poets Wilfred Owen, Siegfried Sassoon and Rupert Brooke in school, I already had an internal landing pad for the terrible beauty of those works and the world they revealed.

I wish I’d come earlier to the incredible work of Ahmed Morsi, a 92-year-old Egyptian artist and art critic based in New York. Blending painting, prose and Arabic poetry, Morsi explores themes of existence and identity, home and belonging, and ways of knowing and the subconscious.

In one version of his 1999 work, “Crowned Head”, Morsi etches an abstract figure from the shoulders up. It has a double face: two pairs of lips and noses aligned forward and backwards. The two faces share a singular dilated eye that sits right in the centre of the forehead. The top of the head is sliced flat, but where the brain might be revealed there is instead a partial crown. The forehead is a scratching of lines.

I was struck by this work because that singular eye reminds me of the eastern spiritual concept of the third eye, the sight of deeper vision. I think that a lot of knowing has to do with what I can only call a kind of double vision. There’s the seeing of tangible reality on the outside, and then the second seeing on the inside. And I think we’re altered by the second seeing. It brings a clarity about aspects of ourselves and of the world that changes us.

The eye in Morsi’s work is always gazing both in and out, offering a heightened sense of awareness and attentiveness to the present. And the crown on a head without a brain feels to me like a reminder of our human tendency to believe ourselves all-knowing kings when we inhabit worlds we rarely control or even fully understand. In this version of the work, a piece of the crown has been scratched out from the part of the head above the wise eye.

I imagine the key moments I’ve been writing about come to all of us in some form or another, and hold the potential to expand and transform our lives. But that doesn’t mean that we all have the patience or willingness or courage or humility to receive them. Yet, stepping into a season like Easter, which is full of moments of unimaginable mystery and inexplicable invitations, I wonder how we could ever hold space in our lives for any sort of transformative gifts if we thought we had to fully understand them first.