Behind the scenes – Isthmus 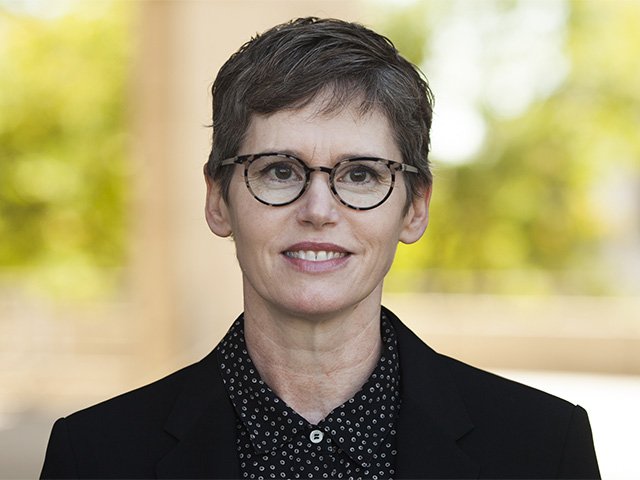 For all the buzz about the more than 150 films at the Wisconsin Film Festival, part of the excitement this year isn’t what’s made of celluloid, it’s what’s made of flesh and blood. People, human beings, Homo sapiens, peeps. A year removed from a virtual-only film festival, sharing the event with other people again brings added joy this year.

“One of the best things about the film festival is the people who come are so engaged with movies,” says festival director Kelley Conway. “I think that’s going to be even more intense this year because people are ready to interact. They’re ready to have a shared experience.”

Beyond all the ticket holders who will wander into the venues, the festival itself is made up of a crowd of people. A staff of 28 full- and part-timers makes the event happen with a large hand from more than 200 volunteers. It takes a variety of people to make it all work. Meet three who have put their touch on the 2022 event.

For Kelley Conway, the Wisconsin Film Festival never really stops. As the festival director, it’s her job to expand the audiences, secure financial support, and work with the programming team on the festival’s artistic and community goals.

And this year she and other festival staff members will be able to appreciate how all that work is enjoyed by other people because they’ll be surrounded by film fans for the first time in three years.

“We really love talking with them and getting their thoughts about what they’ve seen and what they’re going to see,” Conway says.

The UW-Madison film professor and French film expert hasn’t gotten that chance despite being in the director’s role since 2020. The pandemic canceled the 2020 festival (save for some films moving online), and the 2021 festival was virtual.

“We’re grateful for the technology to do that, but we’re really excited to show films the way they were meant to be shown — on a big screen and in a community,” Conway says. “Films are meant to be seen with friends and other people.”

This year, Conway has integrated the festival with her teaching, with a new class on the history of film festivals. Students will attend this festival while learning about other festivals such as Cannes, Sundance, Toronto and Telluride.

“This semester offers a tremendous opportunity to be on the ground running a festival and to be wearing my scholarly hat,” she says.

Conway’s picks: Conway is proud of the films that help the festival advance diversity — geographical, racial, gender and ethnic. Examples include A Night of Knowing Nothing from India and France, named best documentary at the Cannes Film Festival; Dọlápọ̀ Is Fine, a short film from the UK; and the French animated short Vanille. With the festival in person again, Conway is particularly excited about events such as opening night film Anaïs in Love, a French comedy; Stay Prayed Up, a documentary about gospel music that will be followed by a concert by the featured musicians, Mother Perry and the Branchettes; and KIMI, a thriller that will be followed by a Q&A with screenwriter David Koepp.

When Christina King watched movies as a teenager, her mom would walk in, roll her eyes and say, “Don’t you watch anything without subtitles?”

Besides the teenage joy of getting to irritate her mother, it was also a point of pride for King about the kinds of films she loved at a young age. That’s why being the art director for the Wisconsin Film Festival is a perfect way for the Madison-based designer to combine her love of design and film.

King works with the visuals of the festival — the guide cover, merchandise, posters, badges, flyers. It’s a side gig to her day job as an e-commerce brand designer, but one with an end result that is tangible and community-based.

“Brand identity is my passion and focus. I look at every project with that lens of storytelling,” King says. “I don’t like something that is weird for weird’s sake or cool for cool’s sake. I like it when there’s a story to tell.”

This year, the story is about being back in person and King used that as her inspiration for this year’s graphic look.

“I wanted it to look hyper real — to have these gems with all these facets that are lenses to other worlds we’re brought to by the festival by being in the seats with other people,” she says. “It’s an all-sensory experience, with an energy that comes with it.”

It’s the opposite to last year’s designs, shape-shifting boxes to emulate the boxes in which people were watching the films at home on their TVs or devices.

With her festival work complete, King can enjoy it as the film-going fan she’s been since high school.

“I don’t have to tear down, clean up or take people to hotels,” she says. “My job will be done.”

King’s picks: Small Body, an Italian film about a mother’s odyssey to save the soul of her stillborn child; the Japanese anime Fortune Favors Lady Nikuko; and the family documentary Charm Circle (“It has a real Grey Gardens vibe,” King says).

If there’s ever a festival in which the prizes are awarded solely by what happens in the middle of the films, Terry Kerr would be a perfect member of the jury. That’s because at the Wisconsin Film Festival, Kerr usually won’t catch the beginning or end of a film because something else requires her attention.

That’s just life when you are the volunteer coordinator, venue coordinator, educational programmer and one of the programmers for the Big Screens, Little Folks series.

“I wear many hats,” says Kerr, who the rest of the year is a teaching artist at schools and organizations, including the Overture Center’s Disney Musicals in Schools program.

With the Big Screens, Little Folks series, Kerr is one of four programmers who chose the 31 films for younger audiences (four features, 27 shorts).

“We put together a little focus group of 8- to 11-year-olds because none of us have 8- to 11-year-olds,” she says. “That was interesting because films we thought we should do they did not care for and other films they loved ended up in the program.”

During the festival’s weekdays, local schoolkids get a field trip to the festival to see some of the films. Traditionally, about 2,000 kids come to theaters and for many it’s their first chance to see a movie on a big screen instead of at home. Kerr coordinates that, too.

Beyond working with the children’s films, Kerr also works with the more than 200 festival volunteers — scheduling them, troubleshooting, helping fill shifts.

“There are days that are seamless and perfect and there are days when there are issues to deal with — projectors that break, fire alarms. Those are always great,” she says, tongue-in-cheek.

Kerr’s pick: Maika, a Vietnamese sci-fi film for young audiences. Writer-director Ham Tran will be on hand for a Q&A, a first for the Big Screens, Little Folks series.

For other stories in our cover story package on the Wisconsin Film Festival see Back on the Big Screen, Big Dreams and Swing Shift.

The 35 Coolest Fashion Finds an Editor Saw in May