Back on the big screen – Isthmus 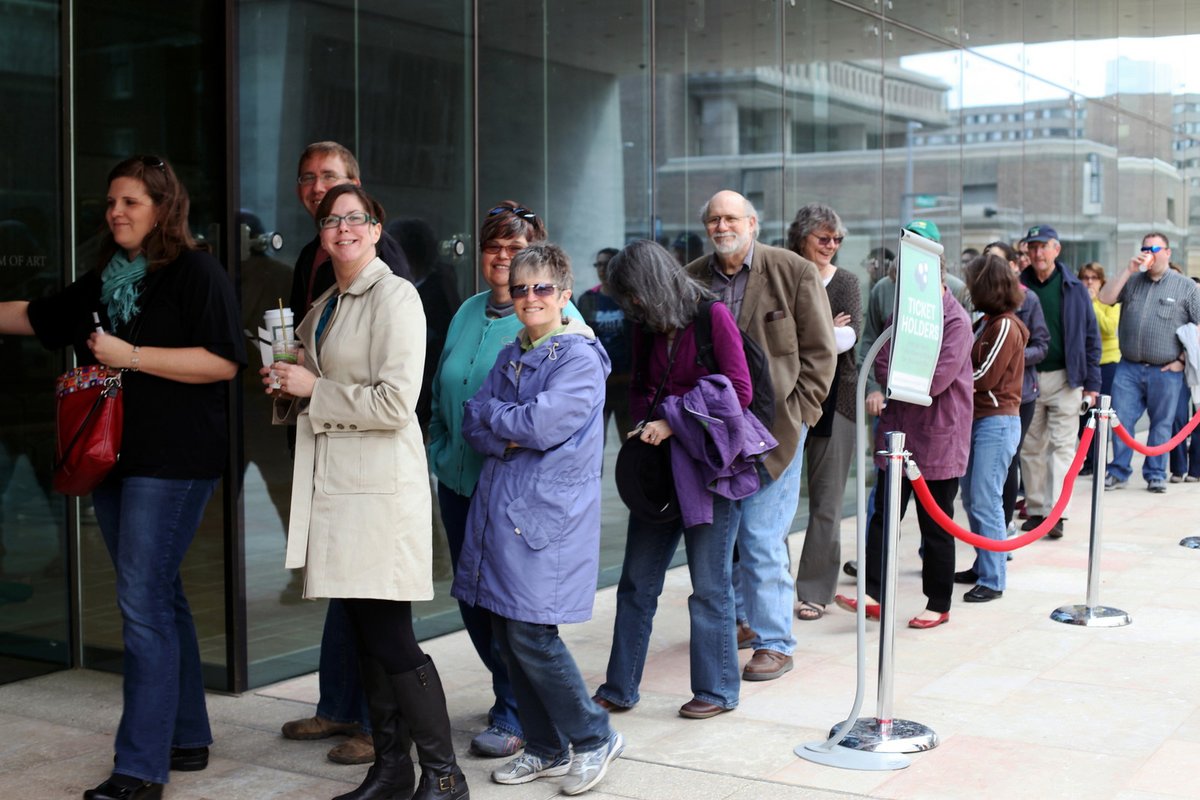 The event did not start until 7 p.m. but when the line for “First Look at the Fest” started snaking into the adjacent dining area at Hilldale’s Great Dane Pub, the organizers had no choice but to open the doors early. Once in, eager fans grabbed an early copy of the March issue of Isthmus, turned to the printed guide for the 2022 Wisconsin Film Festival and got busy.

You could forgive their impatience. It’s been two long years since the Wisconsin Film Festival has been held in person and these die-hard cinephiles were ready. By attending the First Look event, they not only got to see a bunch of film trailers, but could also buy tickets early.

Kathy Mathes and Jesi Hirsch pored over the film options at one of the pool tables. The two usually see six or seven films on average per fest, almost all documentaries. In fact they are so keen on documentaries that they have traveled to Columbia, Missouri, to go to the True/False film festival that shows only documentaries. They skipped the Wisconsin film fest last year because it was all virtual. For them, it’s about the “camaraderie” of an in-person fest and the fun of talking to people in line.

Sisters Cindy Shumway, Barb Ryan and Deb Ader nabbed a table on the second floor of the pool hall, with a clear view of the screen below showing the trailers. Ader lives in northern Illinois so she usually comes in for the fest and stays with either Shumway or Ryan, who live in Fitchburg and Mount Horeb, respectively. They do a long weekend — Thursday through Sunday — cramming in about eight to 10 films.

They did watch some films virtually last year, but much prefer in-person viewing for the crowd reaction. They all agreed: “Seeing it on the big screen makes a huge difference.”

Kate Morand was also at the First Look event. A longtime volunteer, she says her greatest joy is managing the “rush,” when theater-goers show up early to a sold-out film hoping to get in. “My biggest thrill is when I get everyone into the film,” she says. “We bring chairs in…. ‘Can we do five more?’ and it’s just the best thing. We rush the rush.”

Jim Healy, consulting programmer for the fest, says organizers usually leave about five to 10 seats open per screening. “If you are first on line for rush tickets,” says Healy, “you are going to get in.”

Morand is one of about 200 volunteers who take tickets, usher, and set up non-screening events. Finding and managing volunteers is just one of the tasks for the film fest organizers, who also have to raise money every year and contract with local venues that have the equipment needed to show the films that are now in a digital, rather than analog, format. “It’s like opening seven pop-up movie theaters every year,” says Ben Reiser, director of operations.

Reiser says for the most part people are thrilled to have an in-person fest this year, which runs April 7-14 and will offer more than 150 films. There is some “some sadness from those who found the at-home version of the festival easier to manage” and “limited concern” about COVID protocols, he adds.

About those protocols: There is no longer a mask mandate on campus, so masks will not be required at UW theaters; screenings at other locations will follow the mask policies of those venues.

Ticket sales have been steady, says Reiser. “We are not surprised that we have not yet reached previous levels of ticket sales, as we are still very much in a transitional, not quite post-COVID stage in history. But we felt it was important to offer up the in-person festival in the same scope we had planned to in 2020, and we have done that.”

The fest has been doing special outreach to attract younger and more diverse audience members, “from engaging with more community organizations, church groups, and political organizations than ever before, to offering free tickets to UW Madison students, to making special outreach efforts to younger working professionals who live downtown and work at places like Epic Systems and Exact Sciences.”

When you’re publishing in print, sometimes you just have to pull the plug on what you’re working on and hit send. There are printer-imposed deadlines for copy and specific windows for printing. That was the scenario the Wisconsin Film Fest was up against last month in preparing its printed film fest guide in time for Isthmus’ March issue. Organizers assumed there would be some last-minute additions to the fest, which was still a month away, and indeed there are.

One is Cha Cha Real Smooth, winner of the Audience Award at the 2022 Sundance Film Festival and director Cooper Raiff’s follow-up to his 2020 SXSW Grand Jury Prize-winning debut, Shithouse. Vox called it “irresistible and lovely” and a must-see for romantics.

In the film, Andrew is back home in New Jersey after graduating college and trying to figure out his next step. He lands a job “party-starting” at bat mitzvahs and befriends a local mom and her daughter. The film screens April 8 at 3:15 p.m. in Shannon Hall at the Memorial Union.

Also new is One Second, the most recent feature from acclaimed director Zhang Yimou (Raise the Red Lantern, Hero, Shadow). It is also one of Healy’s top three movies for 2021. The film screens on April 13 at 1:15 p.m. at AMC Madison 6.

See you at the movies!

[Linda Falkenstein contributed to this report.]

For other stories in our cover story package on the Wisconsin Film Festival see Behind the Scenes, Big Dreams and Swing Shift.