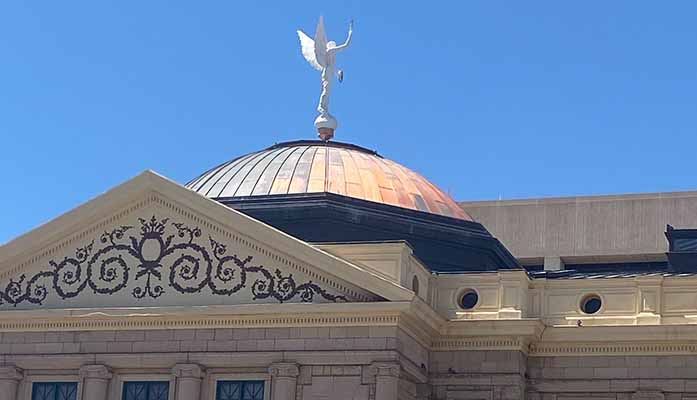 Now that the legislature has adjourned, all that remains is for the governor to take care of the bills that were sent to him and are still pending his action. He has until July 6th to do so. Bills that have not been acted upon by then will become law without his signature.

He did part of that by signing the bills that constitute the FY2023 state budget. This pork-laden, spendthrift budget has been characterized as bi-partisan, which it was. But it was bi-partisan because a few Republican legislators could not stomach the prospect of a budget that was conservative, fiscally responsible, and in accordance with Republican values. The vacuum created was filled by bribing Democrats with all kinds of goodies.

But the ink was not dry on this poor excuse for a budget when ultra-left organizations showed their gratitude for the goodies they got in the only way they know how. One example of this behavior is found in this statement by the Save our Schools organization, in their July 27th Budget Recap:

“At first glance, this represents a gain for Arizona classrooms and students. However, the additional per-student spending will move Arizona only from 49th in the nation to potentially 45th (assuming no other states are also making investments, which will doubtless not be the case). We still have a long, long way to go to fully fund Arizona public schools.”

In other words, it was not enough. It’s never enough. This “fully-funded” BS continues to be used and continues to generate appeasement even though these leftists show time and again that they will never be satisfied.

The governor did engage in some limited signing activity in areas other than the budget. His website is reporting the signing of three good bills:

HB2701 – veterans; hunting; licenses (Biasiucci) Reduces the cost of fishing and hunting licenses by 25% for veterans with service-connected disabilities and 50% for recipients of Purple Hearts.

Still, as of the time of this writing, the AZLEG website shows that the governor has not taken action on some of the bills we are tracking:

It could be that the governor needs some encouragement, and you may want to provide such encouragement by contacting him: